We are the Crystal Gems~

Journeys through the Radiant Citadel hit the shelves in North America and Pacific 19 July 2022, packing a staggering 13 stand-alone adventures in a single hardcover book. If Dungeons & Dragons wasn’t already that gateway to tell the stories you didn’t see in the mainstream media, Radiant Citadel firmly establishes even more of that diversity in a wonderfully fantastical buffet of settings.

Do read our interview with Pam Puzalan here, who wrote Beyond Tangled Roots found in Journeys through the Radiant Citadel.

First of all, I must gush over the cover art. As always, having the book in your hands is a treat, with the option for a bustling, lively night market cover by Evyn Fong, or the crystalline fog and creatures with the titular citadel at the eye of the storm from Sija Hong.

I’m extremely fond of Sija Hong’s cover as it gives me that sense of fantastical expectation of a land rediscovered, its past guardians blending into the clouds. Will the present generation be able to find the lost civilizations that founded this place? One would hope so.

Evyn Fong’s cover, meanwhile, feels much less somber, freezing one moment in time the hustle and bustle of the night market life with both creature mischief and simply the folk hawking their wares. Never mind the mysteries of the Deep Ethereal; you’re bound to be lost in the vibrancy of this market already. Much like reviewing Strixhaven before, Radiant Citadel is primarily a supplementary book to add more to your campaign with 13 one-shots you can fold in. As the book notes, anyone from any culture is free to play a character not of their own culture, but care must be taken to not merely portray them as stereotypes or treat it as mere set dressing. Fortunately for those worried about pronunciations, there will be guides for the key words to help you butcher the words less. 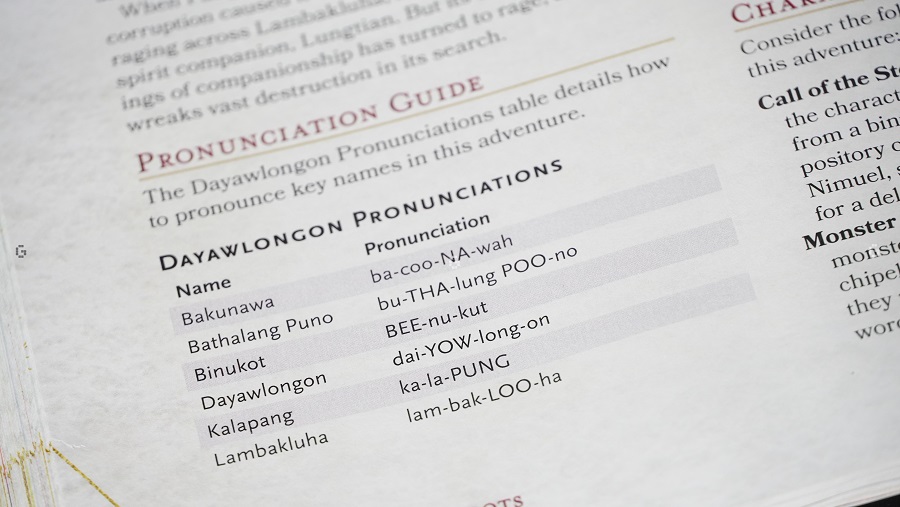 The adventures have prescribed recommended levels for characters, so work with the core manuals and your party to plot something out. What illustrations are in the book are gorgeous too, of course. I’m especially fond of the environment art, be it a dense jungle canopy or the wrath of the waves beating upon mortal-made structures.

IN THE EYE OF THE STORM

The Radiant Citadel has been carved around the Auroral Diamond, an indestructible gem that shifts colours for whatever reason. It must be an absolutely dazzling sight as you find safe harbour in the space known as the Deep Ethereal. There’s plenty of gem-based architecture and magic, the Dawn Incarnates of the Citadel’s lost founding civilizations being one of the most prominent of them.

It’s a hub, a melting pot of multiple civilizations. Trade goods and share knowledge and carefully play the political games around the constraints of this place. A safe haven it may be, but there will always be outside forces intent on exerting their influence on the citadel. All the while, there’s the hope that the lost founding civilizations can be reconnected and perhaps unlock greater magics and secrets yet. Radiant Citadel reads a lot as the foundation of something more to me, with more focus on the setting than the characters you encounter. Characters are given a paragraph of description with their personality trait, ideal, bond and flaw summarized in one or two sentences each. For those less familiar with Dungeons & Dragons, I think this book will be more of a challenge to properly utilize.

Even for a 1st-level adventure, it feels like there’s already a lot of moving parts without much room to ‘ease’ in. I figure 1st-level is mostly synonymous with newbies, so having to maneuver the chaos might be tricky if they don’t get much breathing room. As it is, with thirteen short stories, the adventures themselves can feel like rushing from one bullet point to another, with the latter half of their sections dedicated to the world building and any relevant stat sheets. Salted Legacy, which is the aforementioned 1st-level adventure, takes place in the Dyn Singh Night Market, the one featured in Evyn Fong’s cover. Some shenanigans are afoot, making the whole situation teeter on a knife’s edge. There is much to potentially keep track of as mischief can happen in between the necessary actions to progress the story. While I do agree it’s thematic to the chaos of its setting, the lack of breathing room just makes it feel a bit much. Adventure aside, I will say I believe the latter half of the chapters – the worldbuilding – is what’s core to Radiant Citadel, so that people actually have a proper foundation which they can use to fold any of these worlds into their existing campaign if they so wish. Considering how much they’ve managed to pack in, I can understand why each section is comparatively short. What I wish is that the book also included the real life culture they’ve referenced so that I can study those in my own time and not merely having the basis of their fantasy counterpart.

I think my expectations were set far too high for Radiant Citadel. I had imagined it to be a detailed primer of less represented cultures, but I think it’s more accurate to say it’s a building block. Much like the Radiant Citadel, it’s a gateway to learning and understanding. Here, you can get glimpses into these diverse cultures that don’t find their time in mainstream media.

The book is simultaneously many moving parts and tragically surface level. 13 adventures crammed into a single book with roughly 10 pages each is just not enough space to really showcase the full breadth of each featured culture.

As such, following Journeys through the Radiant Citadel, my hope is that we can get more books that are able to focus on more of the specifics and give diaspora and native creators alike to become the change they want to see. It’s an excellent opportunity to bring on new talent into the space, one dice roll at a time.

Moving forward, I wish to see the remaining lost civilizations find their own shine. Till we meet again.

Learn more about the book through the official website.