As far as fan-turned-cast stories go, you’re unlikely to find any quite like Ai Fairouz, who voices Jolyne in Jojo’s Bizarre Adventure: Stone Ocean. Since the day she was announced as the next protagonist for the anime, the internet lit up with reports about how she would voice fan CDs for the series before breaking into the anime industry and being the official voice.

Ahead of the finale for Stone Ocean via The Final Part, we caught up with Ai Fairouz and talked all things JoJo- including her own thoughts on getting into the role as well as what it was like literally living every fan’s dream. 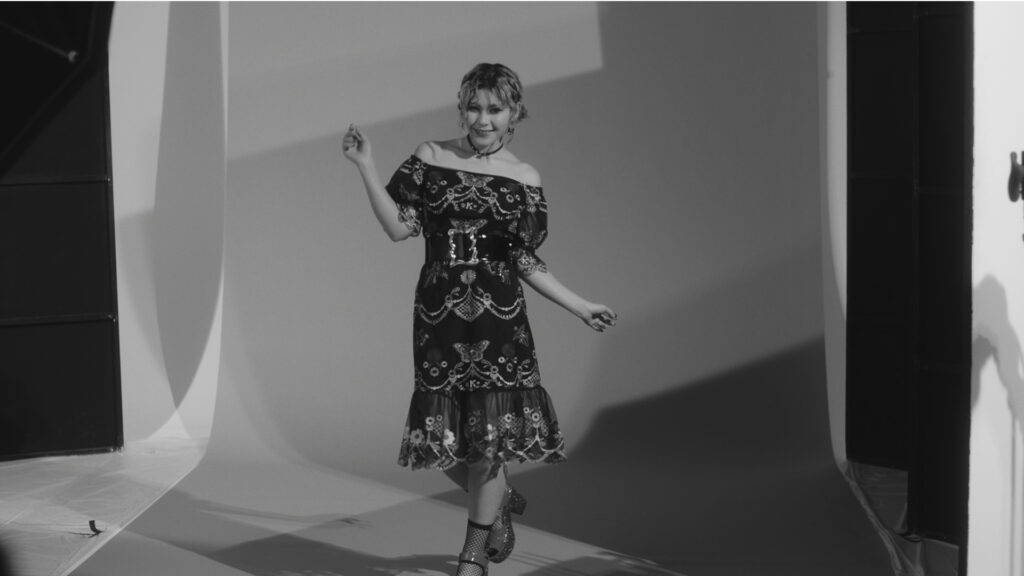 With Regards to Jolyne’s voice, were there any specific references you used to get it sounding how you wanted?

When I was reading the manga, I did have a general idea, in my imagination, on how Jolyne would sound. But when I was chosen to voice her, I really thought ‘She has to have a cool voice’.

So, in the first episode I tried to make my voice very low to make her sound very cool but then when I thought about Stone Ocean, it’s about Jolyne in the beginning who is kinda like a crybaby, she’s weak. And then, it’s about the story of her growth and she becomes this cool character.

“In the beginning, she shouldn’t be cool”. That is something that I realized. But talking about Jolyne as her character, you know it’s about her integrity, her character and her deep affection. Those were the things that I have to think about when I was working on her voice and then her acting.

Of course, I made some modifications and adaptations, but [with]the voice talents Mutsumi Tamura and Mariya, who do Ermes and F.F’s voices, they also helped me create Jolyne’s voice

When you were first announced as Jolyne, a lot of fans extremely excited to hear about your history as a JoJo fan. How did you feel getting that kind of warm reception?

Obviously I am very fortunate and appreciate the messages that I received from the fans. They give me so much support and because of that I am able to voice Jolyne. I am so thankful for it.

When I first met Jojo’s Bizarre Adventure in junior high school, ever since, when I opened my mouth all I spoke of was about Jojo. So, my good friends knew about this, so they gave me messages to celebrate. I really appreciate it.

Talking about myself I had these experiences where I had a very tough time going to school at times. It was very tough. Jojo and Jolyne actually gave me the strength to go through the gates of school. There are people who are struggling with their identity, people who are having a hard time, it would be very nice if I could be part of that hope for these people. Did you have any favorite scenes that you’ve recorded so far as Jolyne?

This was also part of the subject that I had to work on during the audition. There’s a line where Jolyne is facing Jotaro. She’s basically blurting out her emotions when she was young her father wasn’t there for her, and she had a very rough time. She was very sad [because] of the absence of her father. She blurts out her feelings with some sarcasm.

Talking about the degree of how sarcastic, she is still sarcastic, and she would appear to be mean for the audience who would be seeing her in Stone Ocean for the first time. I didn’t want that. Later on, you would see how Jolyne discovers how much she was loved and protected by Jotaro.

This line does connect in a way to what happens later on so I really thought about how I should deliver this line so that really left an impression on me.

Our thanks to Ai Fairouz for taking the time to chat Jolyne with us. Jojo’s Bizarre Adventure Stone Ocean: The Final Part is available now to stream on Netflix, along with the rest of the anime.