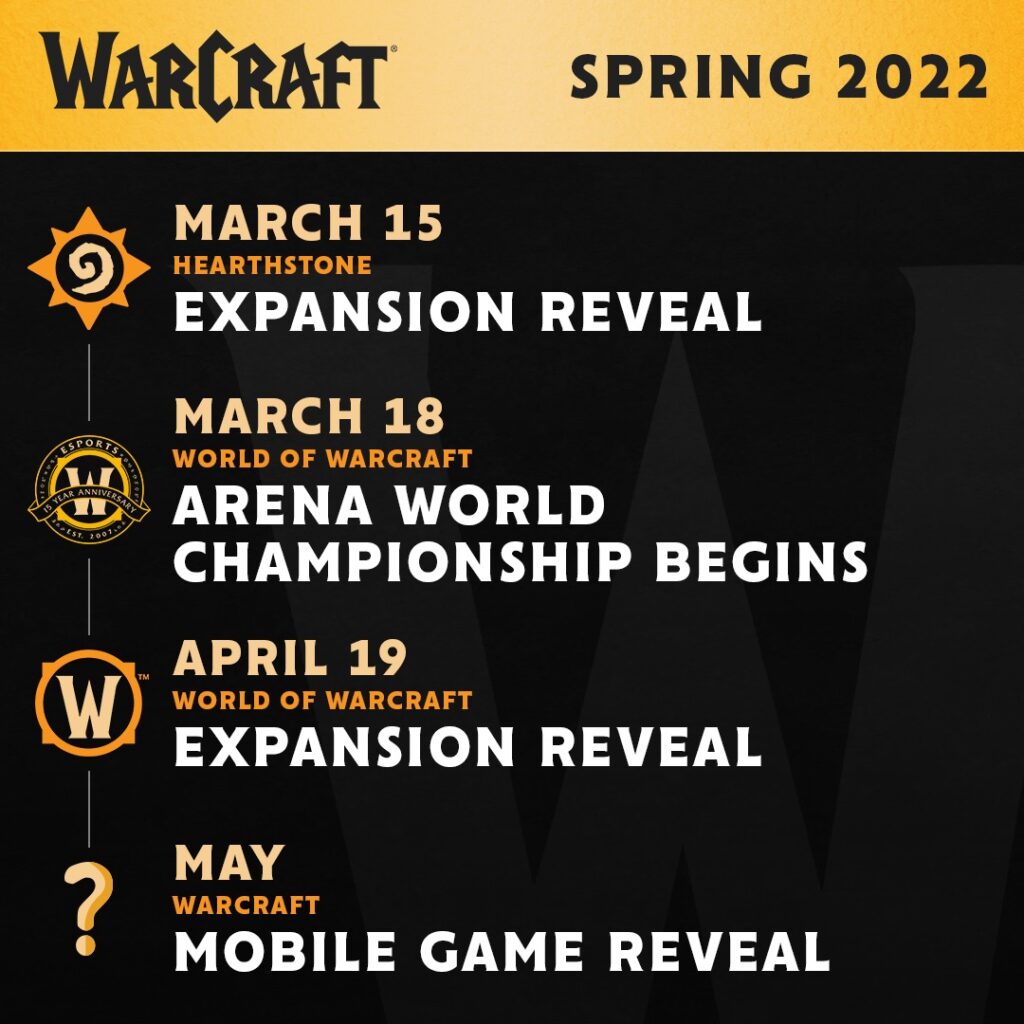 The first of these will be for Hearthstone, on 15 March. Details on the first of three expansions of the year will be shared, as well as deeper looks at general plans for the game. This includes annual core set changes. In the mean time, the first season of the Hearthstone Grandmasters is in progress, where you can earn Fractured in Alterac Valley drops and watch players compete for a playoff spot, a USD $250,000 prize pool and regional invites to the 2022 World Championship. 2 – 3 April will be the first Hearthstone Esports’ Battlegrounds event, in Lobby Legends: Raid Leaders.

Following that, 19 April will be the reveal of the next World of Warcraft expansion. Raid Finder and Mythic difficulties for the Sepulcher of the First Ones raid will open up with the rest of the bosses, so the race to world first will soon be on. WoW Classic is seeing Burning Crusade Classic Phase 3 to challenge Illidan or the Battle for Mount Hyjal, or in Zul’Gurub against Blood God Hakkar for the Season of Mastery.

WoW Esports itself is celebrating 15 years in April, with the Arena World Championship and Mythic Dungeon International events. MDI Time Trial sign-ups are open until 28 March on GameBattles, where players can try their shot at getting the in-game Encrypted Banner of the Opportune.

Last but not least, the first mobile game entry to the Warcraft universe is also in the works for a reveal in May. Spring 2022 seems like a busy time to unpack for Warcraft fans, so stay tuned.

itch.io Bundle for Ukraine offers ~$6.5k worth of games at $10 minimum

itch.io Bundle for Ukraine offers ~$6.5k worth of games at $10 minimum