This episode features 3 main content information. The first of which is the highly anticipated showcase of unit for the Choose Your Legends 4 winners! To those who are unfamiliar with the winners of the 4th round of the Choose Your Legends Event here are the winners with the amount of votes each of them received: Fire Emblem Three Houses have dominated this year’s Choose Your Legends event ever since the undeniable amount of popularity the game managed to get. Here are the alternative versions of these heroes! 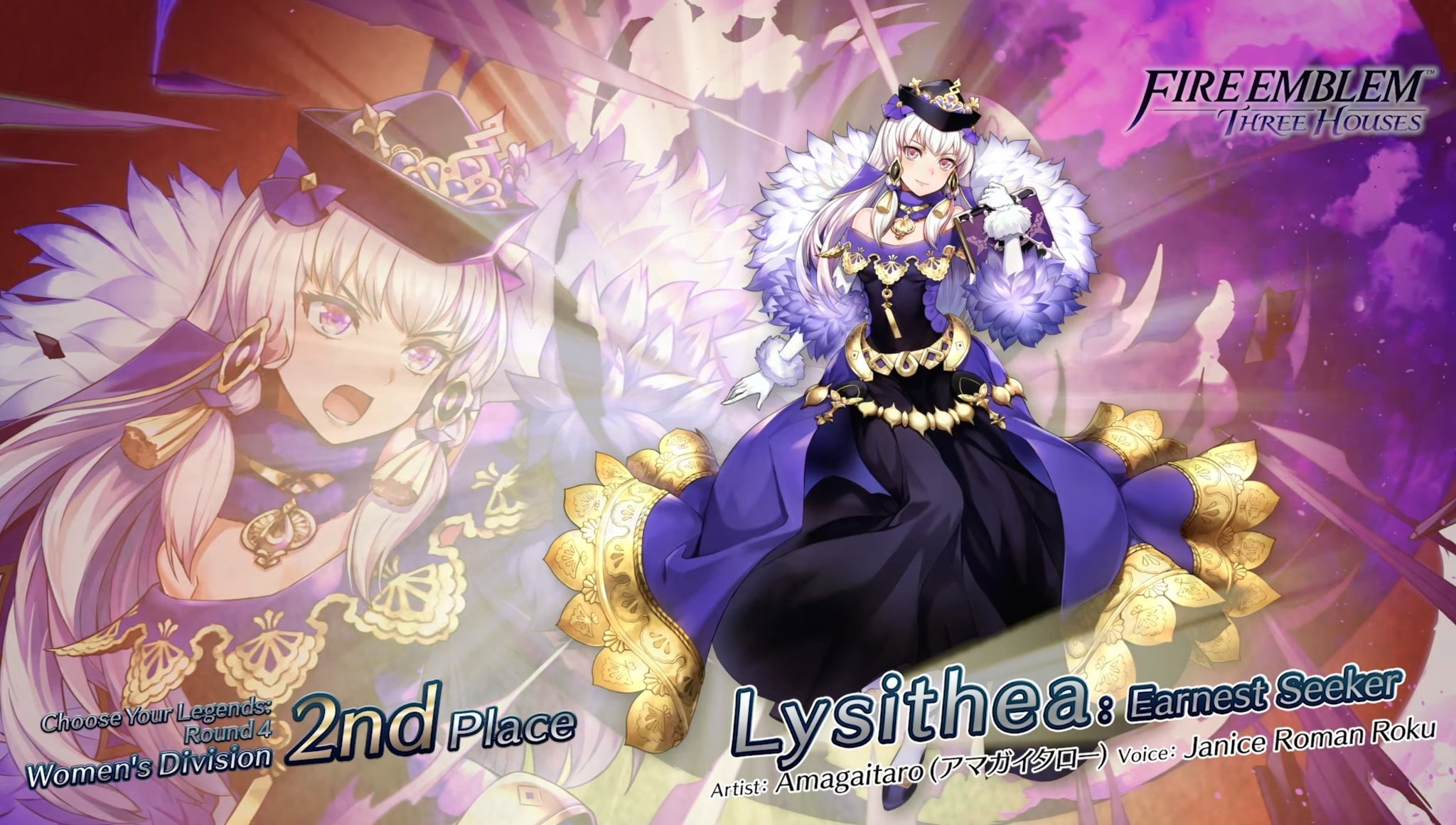 This alt of Lysithea has her as the Gremory class which was a female exclusive who are adept at using magic from the Fire Emblem Three Houses game. Her weapon that she had in the showcase seemed to be the Dark Spikes T tome which is considered to be her signature skill in the Three Houses game. Lysithea is a red infantry mage. 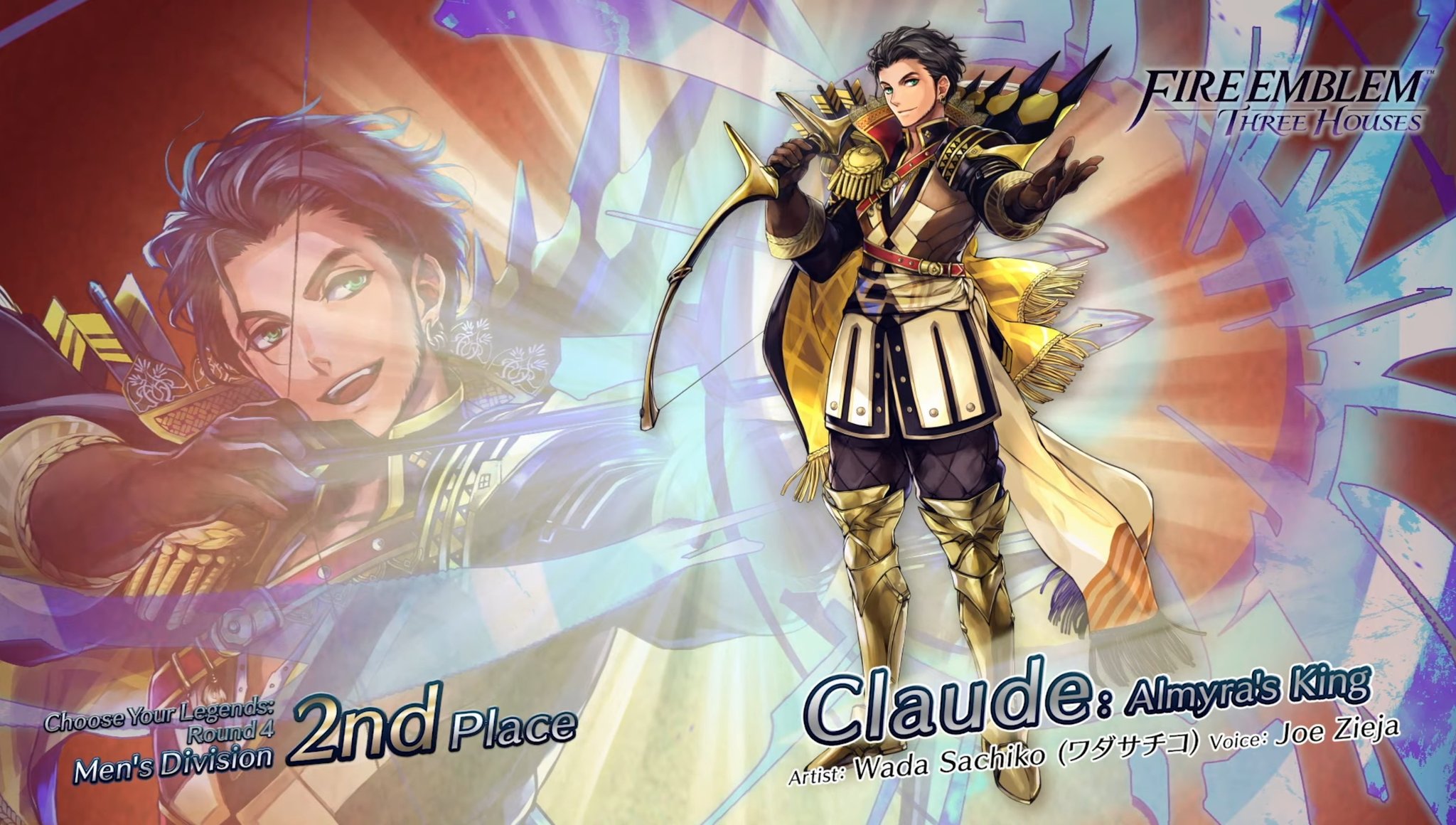 This alt showcases Claude’s unique class Barbarossa which is only exclusive to Claude. Being a colorless flying bow unit, he surprisingly does not have his signature bow – the failnaught. Instead, he dons the Wind Parthia. It seems like they’re planning to save his legendary bow as another alt unit in the future. Being a green axe armored unit, Edelgard once again gets another alt but this time, she is as Armored Lord which is exclusive to Edelgard. Since another version of her has her signature axe the Aymr, she now has what seems to be Hauteclere. Although it’s not mentioned in the video, it seems like Dimitri would be a blue lancer infantry unit. Once again, Dimitri does not have his signature lance Areadbhar, instead he wields what looks to be Gradivus and he’s in the high lord class which is exclusive to Dimitri in Three Houses. Much like Claude, it seems to me that they’ll be saving his signature lance on another alt of him in the future. As per tradition of the Choose Your Legends Event, players will be able to receive one of the 4 units for free which will be available on the 18th August 12:00 AM PT. Although there is a slight difference in this year’s CYL banner. 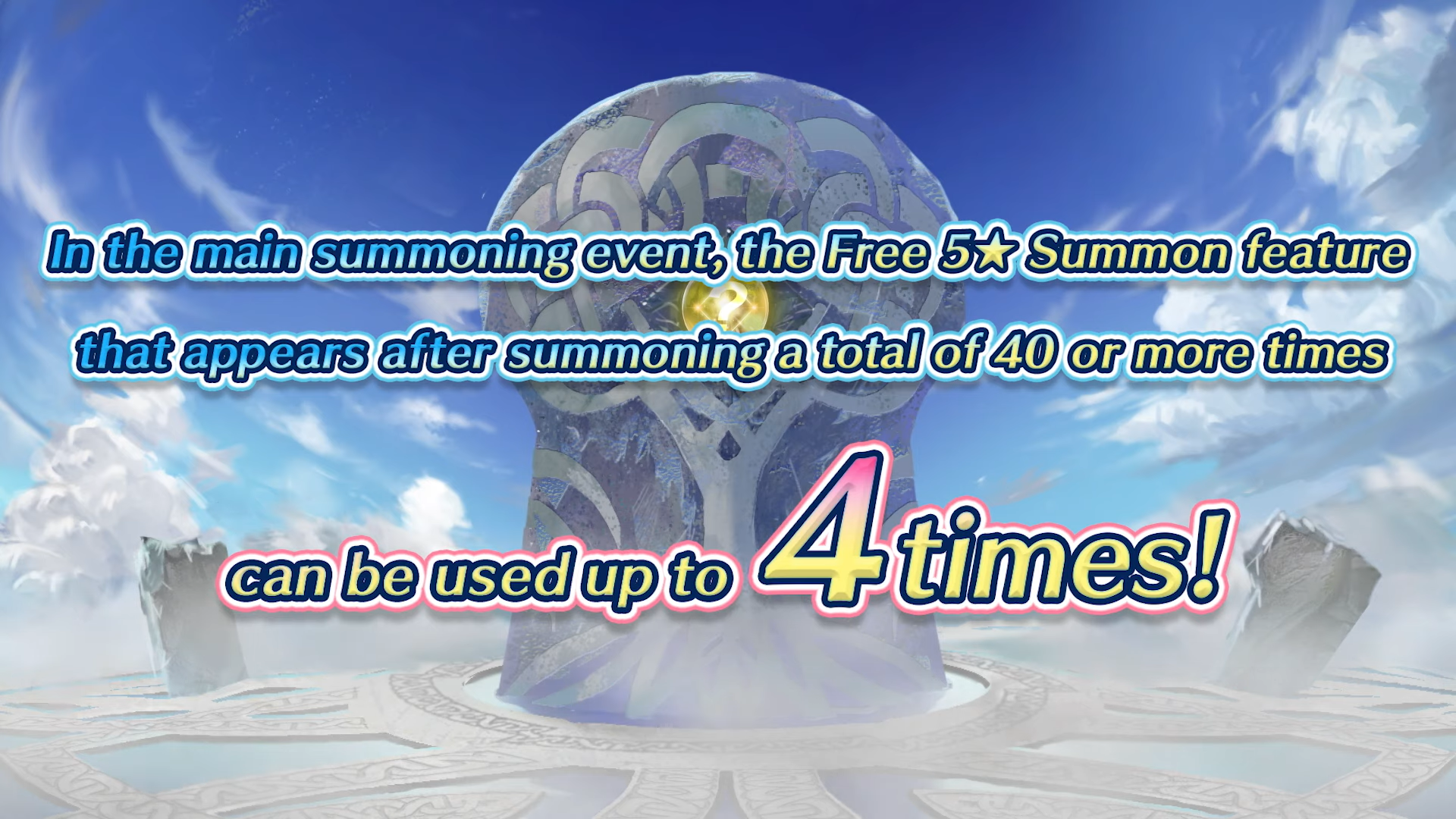 This time, players are able to spark up to 4 times meaning that after 120 pulls total, you’ll be able to receive all 4 of these units guaranteed! Not only that, a revival banner of the CYL 2 will available until 30th August 11:59 PM PT. The upcoming Grand Hero Battle will feature Jorge from Fire Emblem Radiant Dawn game. He was placed 12th on the CYL round 4 event in the Men’s Division.

Jorge is a merchant in the Radiant Dawn game where players can buy weapons and items from him. His Grand Hero Battle will be active on 19th August 12:00 AM PT till 26th August 11:59 PM PT. According to Feh, this game mode will only be up in the September update. In this gamemode, players are able to help out with one of the four teams by sending in reinforcements to take down the boss. The maximum amount of Dragonflowers for each unit has been increased! Planned for the September update, players can now alter the banes and boons of any units. A new resource is required for this hero trait altering process, this resource is called a trait fruit. 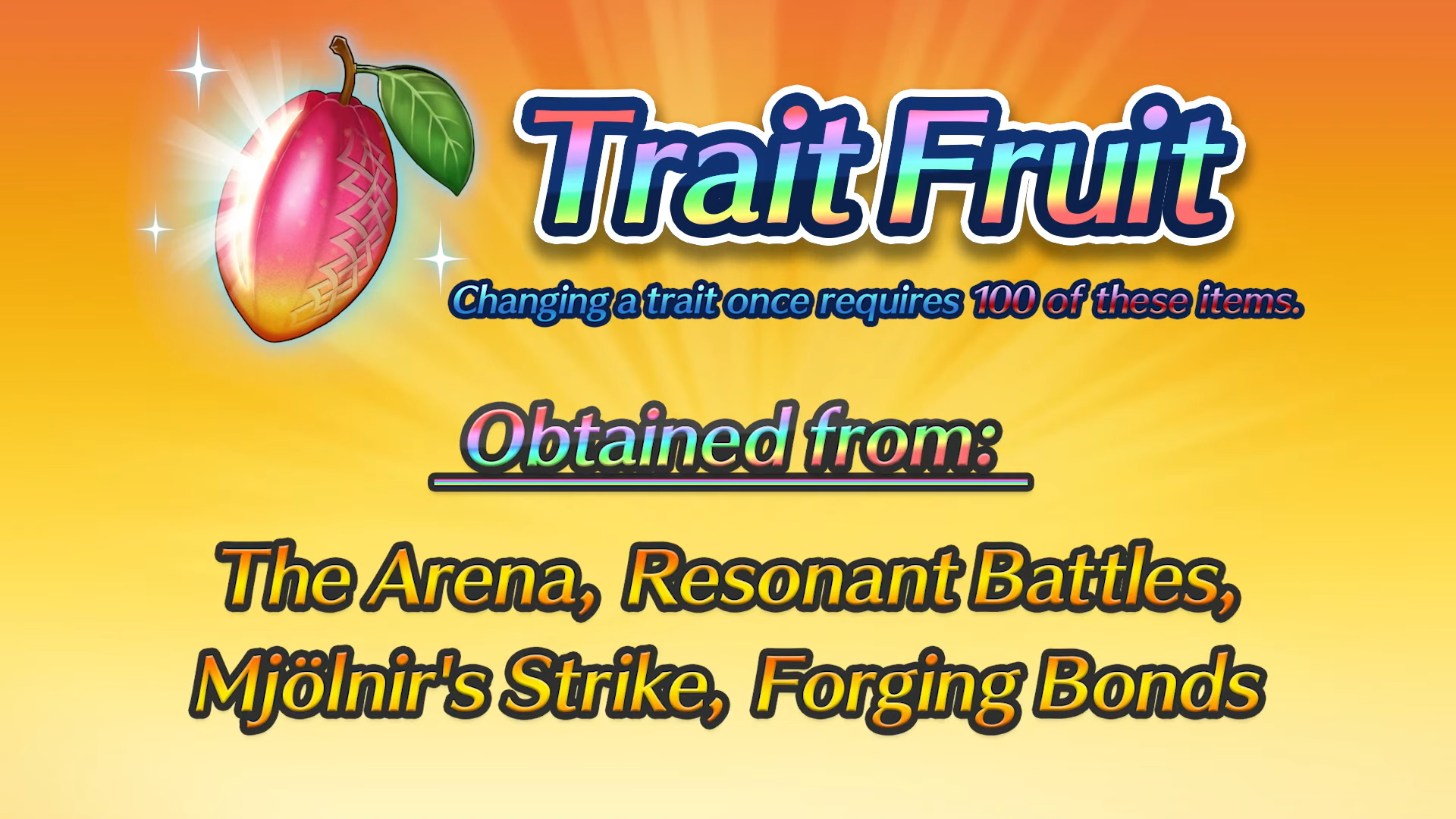 A total of 100 trait fruits are need to change a hero’s trait and these can be farmed through Arena battles, Resonant Battles, Mjolnir Strikes as well as Forging Bonds.

That pretty much sums up the important details on this feh channel, for more information do check out the Official Twitter account.

Fire Emblem Heroes
Publisher: Nintendo
Developer: Intelligent Systems
Release Date: 2017-02-02
Android, iOS
Nintendo's hit strategy-RPG Fire Emblem series, which has been going strong for more than 25 years, continues its journey on smart devices. Fight battles customized for touch screens and on-the-go play. Summon characters from across the Fire Emblem universe. Develop your Heroes' skills, and take them to new heights. This is your adventure—a Fire Emblem that's like nothing you've seen before!
Give us some support by subscribing to our Youtube Channel !
Tags: AndroidFeh ChannelFire Emblem HeroesiOS
Previous Post