Dissidia Final Fantasy: Opera Omnia is a Square Enix upcoming RPG series. The game showed really good prospects on the graphics and story line with unique battle system which we have reviewed in our previous article here. On recent news, Dissidia Final Fantasy: Opera Omnia that was planned to release this year has been delayed by Square Enix to early 2017. It was said that they needed more time to fix the game bugs that were found.

However there is good news that came with it. Square Enix has confirmed an addition of characters set to appear in the game: 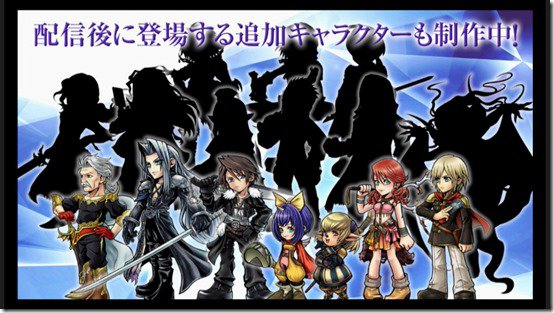 While there are also other character silhouettes that were bound to appear, they are however unconfirmed:

If you’d like to know more, you can check out their official webpage here!