Netmarble is launching multiple in-game events to celebrate 100 days of its cinematic adventure mobile roleplaying game, The Seven Deadly Sins: Grand Cross, which launched on 3 March globally. Two new characters with outstanding and unique skills including SSR [Infinity] Great Mage Merlin and SSR [Creation] Fighter Diane have been added to the game. With the special access event, players can acquire 11 Consecutive Gacha Tickets for free until 14 June. SSR [Lioness] Queen Elizabeth is available as a reward for those who access and participate during the event period.

Obtain SSR [Infinity] Great Mage Merlin and her Step Up Gacha through tickets rewarded from the game’s special access event. SSR [Creation] Fighter Diane can be collected through the 100 Days Celebration Pickup Gacha.

Play Free Stages and Death Match to get Bingo Draw Tickets to collect numbers to collect the bingo line. Various growth goods can be acquired through this event. 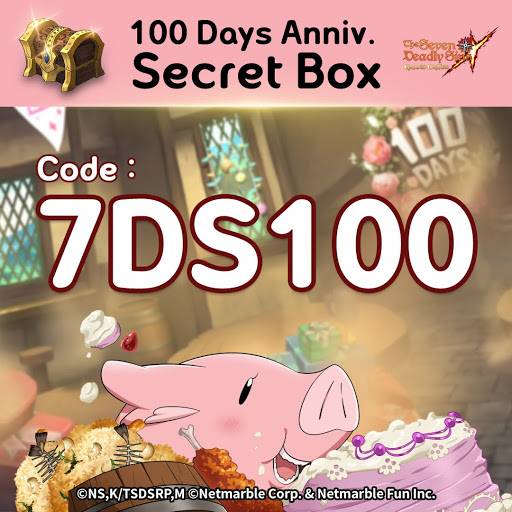 100 Days Exchange Tickets can be acquired by completing Solgres Dungeon and Boss Battles, which can then be used for the White Wave Cheering Uniform set and 100 Day Celebration Tavern Furniture. The Solgres Dungeon itself sees a special Dungeon added to it, and completing it daily will give different rewards.

The Training Grotto is also now available for players to access. This new battle mode asks players to strategically organize their heroes and utilize unique tactics to challenge these stages. With the new Engrave Equipment feature, equipment grades can be further strengthened by engraving the hero’s name.

With all these features and gifts to enjoy, hop right in to Seven Deadly Sins: Grand Cross and celebrate its 100 days launch!

Play like a girl: engage one of Asia’s fastest growing gaming audiences