Blue Archive, having been delayed to early 2021, has now opened pre-registrations. The game is presently Japan only, though hopefully with Yostar also known for publishing games for more global audiences, this would change soon. As with many games of its ilk, Blue Archive has pre-registrations milestones, offering the following goodies: 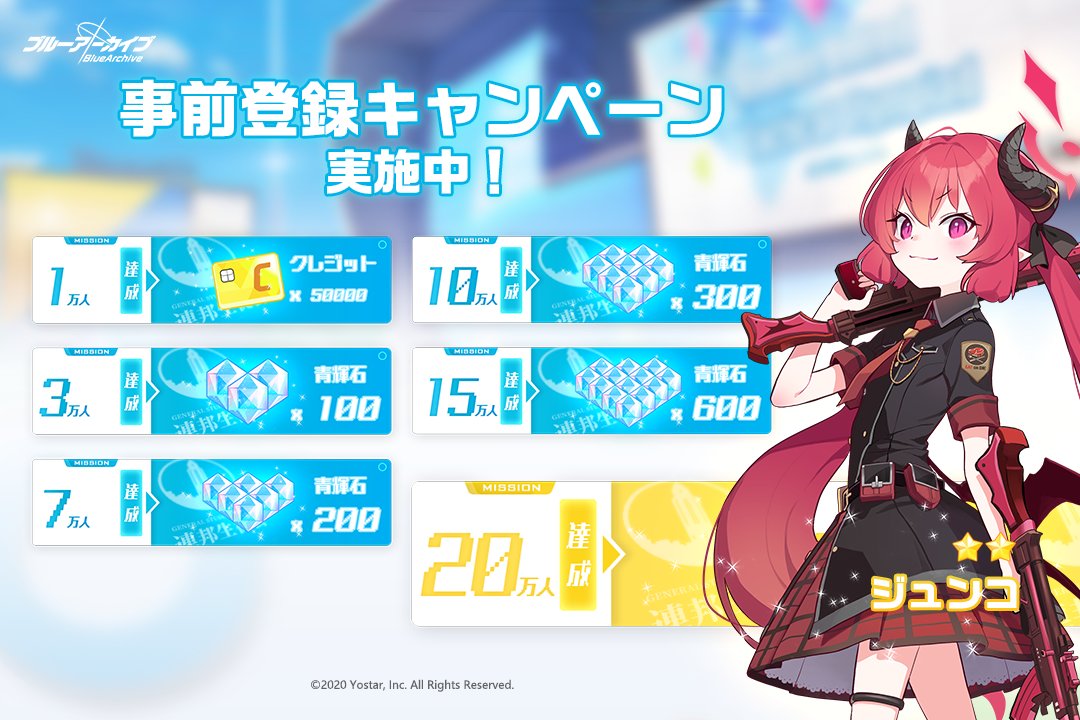 You can check out the pre-registration portal here, offering methods to sign up through email, Twitter, LINE and Top 10. The website gives no hint about the exact release date, simply stating pre-regs will be open from today until service begins.

The given 1200 gems will be enough to do a 10-pull. Junko meanwhile, is an AR type, Light Armor unit whose attacks can Penetrate. She can fire in a straight line while sacrificing some of her HP, playing into her passive to allow her to be invulnerable once per battle when she drops below a health threshold as well as dealing more damage the lower HP she’s at.

We will probably have to wait till the game launches to see if the concerns about shard drop rates or gacha mechanics have been addressed from closed beta players. In the mean time, you can also refer to this comment for a list of girls from the closed beta.