Crystal Dynamics has their own Avengers, their representatives for this War Table interview to discuss Marvel Avengers. We have: 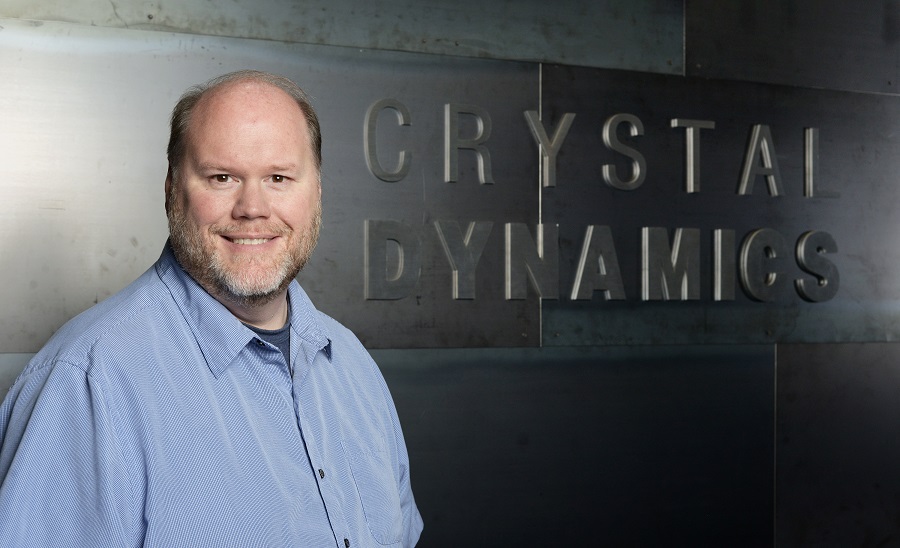 The game will be launching 4 September, with next-gen versions also confirmed once the consoles themselves launch this holiday. Let’s not dilly dally any further; you’re here for more information, and we can give that to you.

There’ll be several playable characters, and the question of making them unique from each other will often come up. There are a few questions they ask to build these characters:

Combat or game mechanics are secondary for this stage of planning, as they want to conceptualize how they want to play the character first. They’ll build a custom combat system according to how they want to experience the character, like making Iron Man play like a jet fighter. Once they’ve gotten the combat style down pat, they’ll build the AI to deal with a high speed flying character. They tackle the hero, then the AI counter step by step: how will enemies respond to the Avengers? And it goes from there. Balancing is admittedly always an issue, with how many elements can be in play: gear, skills, and the like, and your choice of build can affect your teammates too. The fun begins when they want to balance the extreme build choices, but then again, if there aren’t these outlandishly crazy builds, then there’s no point in them existing in the first place. So long these ridiculous builds need you to actually work for them, it’s fair game.

The skill system is promised to be very fluid: 50 levels, and one purchase every level. They want you to know that you will always get a new skill or ability with each level, which in turn are broken into three aspects: Choose a skill from the trees available, which you can change and finetune on the go. The skills themselves match the characters of course, with support-oriented characters having support-related skills and abilities. Play around with the builds and see what you like towards the end of your experimentation.

This ties in with the loot system, with each Avenger having their own sets of gear.

We have a robust loot system that is driven by the sort off activity you select.

Basically, you can expect your gear to scale according to the difficulty, and have them generate gear of certain rarity, quality or type. Your equipment can also be upgraded to so-called “prime gear”, making it the best version of the equipment you own. The items themselves can have randomized perks, abilities and attributes, but there will also be “hero gear” which have specific perks fixed to them, essentially making the loot system have both fixed, and random, gear. The loot will not necessarily have specific power levels, as it all comes together with your character build, then the enemy types, formations and abilities they will utilize in order to counter you. Each war zone and location has been tweaked, with an advanced system in place combining both hand-placed and computer calculated elements to determine encounters.

The system will look at what heroes you have, then the strength of the enemies you fight against. You can go back to War Zones and find that enemy types might have changed, on top of hazards and modifiers you can add on to the challenge. You can expect areas to be able to change dynamically on you, though details will not be delved into at this time.

You basically have a simple choice to make: do you want to go on with the campaign, or do the hero missions?

In regards to the player experience, we get the idea that the game has been carefully crafted whether you decide to do either the campaign or hero-specific missions first. Play as Kamala in the campaign, and find certain heroes to assemble and add to your roster. Make your way to the war table, and find missions opening up to you. You can choose to skip them first, or you can run headlong into getting some extra goodies, unique story elements and flesh out the characters you find.

Maybe you’d prefer to go into the War Zone areas first, with a spoiler warning in tow. If you don’t mind that, then jump in with your friends and play together with your chosen heroes. Level up your heroes and work on them in the campaign or the War Zones, and just jump back and forth between the modes.

That being said, playing through the campaign first is definitely recommended, as you get to learn about the state of the world and the characters you meet. Kamala Khan, for example, might not be too familiar to newer Marvel fans, having first appeared in 2014. Learn the backstory of the world, along with learning how to play the heroes! How did AIM rise to power? Are there still yet more dark technologies left to uncover? That’s what the campaign will answer. They do acknowledge that people will play differently, where they might just prefer hopping in at once with their friends, but they want to emphasize that the story will provide all the context you need in a compelling campaign. As even more encouragement to play the campaign first, there’ll be certain outfits and gear exclusively through the campaign that can help you out in the War Zones. Nonetheless, the choice is still yours to decide how you want to digest this game.

Considering how open world games are at the very least, pretty decently popular, Marvel Avengers is decidedly NOT that.

We could have built a giant, open world game, but that’s not really the type of game we wanted to make. We wanted to make a game that’s got global presence. The Avengers are back together, and they’re here to take on the menaces of the world. They wanted to go all over the world, crafting “regions” in such a way that they can add onto them as much as they want. They didn’t want to stick to just one large, open location, opting instead for various instances you travel to in missions: from the cities to the forests, the desert to the Arctic, to underwater secret bases and orbiting around the Earth.

It gives us the flexibility to tell the stories we want to tell, and the War Table means players can go anywhere wherever AIM is active.

More regions are planned to be added post-launch as they think of more interesting locations for that variety in environments. It is an original story after all, with its roots in the 80 or so years of history of all things Marvel. Find homages or Easter eggs for the fans to pick up on as the story spins a tale of AIM and the heroes that come together to fight back. You’ll gradually find the pieces of lore in the missions you do for you to piece together that overall picture built on a solid Marvel foundation. They’ve put in a cast of iconic characters, and it’s the Avengers to boot. This one game would have to carry the expectations of fans who’ve seen these characters’ standalone movies, stuffed into one title. Superheroes fight back against the perils the world may face, but nevertheless, these powers can be pretty terrifying to regular folk. After the tragedy of A-Day, a power vacuum has been created with these heroes now shunned. AIM steps up to fill the gap, speaking of harnessing powers with science, to make them more controlled, and positioning themselves as the answer in a post-superhero world.

The Avengers become conflicted upon losing Captain America, the aftermath seeing people hurt, injured, infected. Bruce Banner has often struggled, likewise with Thor also unsure of the purpose of superheroes, opening up a conversation players can have. You can consider AIM weaponizing this doubt to propose their path of science as the better alternative. Kamala gets infected, turning “inhuman”, but she’s a fan of the Avengers and to her, they can do no wrong as she strives to find the truth. She gets to learn an inhuman superhero’s very human emphatic side, their mistakes, but by embracing their flaws, can they become the true protectors of the earth. An intriguing story to be sure, and one the developers are excited for everyone to find out.

Now after all that, you probably have something in the back of your mind: the online marketplace.

So the simplest version is we want players to be rewarded for their playing of the game. So the more time they put in, the more stuff they can actually earn just by playing.

As mentioned, you do need to play the campaign to unlock certain outfits or pieces of gear, but there’s also plenty for you to get just by completing missions and challenges in-game. We are assured the marketplace is cosmetics only, with all additional content – from new heroes to regions with attached stories, even villains – post launch to be available at no additional cost. There are no cross-overs either, as marketplace items will stay purchasable only in the marketplace, and items you find in the game outside of that are only available there. With all that gushing of the story and systems done, coyly asking about how many Marvel movies worth the game is, is not answered. Right now, they can only say that the campaign will be very meaty, with plenty of cinematics to properly convey the stories that you can even go back to play with different heroes with separate conditions. Don’t forget the War Zones! That’s all we can pry from them for now, so we’ll have to wait a couple more months to find out.

Be it single player or co-op, there sounds like there’ll be plenty for fans, or those unfamiliar to the Marvel universe as a whole, to explore in Marvel Avengers! It would look like a lot of action can be had whichever part of the game you choose to partake in first, with a deep story promised to get players immersed into this universe Crystal Dynamics has crafted based on Marvel history.

Has the War Table gotten you hyped up for your battle against Modok? Perhaps we will be embarking on a whole new game universe…

The Artful Escape gameplay shown off

The Artful Escape gameplay shown off