Atomic Heart Preview – What Lies Behind the Dream?

by Lucas
in All, Preview, Reviews
Reading Time: 5 mins read

We recently had the chance to try out a preview for Mundfish’s upcoming Action-Adventure Sci-Fi FPS title – Atomic Heart. During the preview event, we got to test out the game for 2 hours, which is considerably long for a hands-on experience.

A Future Everyone Can Dream Of

Atomic Heart is set in an alternative version of the 1950s, a timeline where the Soviet Union rose to become the strongest country after winning WW2. Civilisation and technology flourishes, a place where humans and robots coexist together in harmony. That peace was led astray when the robots rebelled against the people due to some secret experiments behind the scenes.

Players fill in the shoes of Private agent P-3, better known as Major Nechaev currently working under Professor Sechenov, who he owes his life to. P-3 is now tasked with black ops operations and essentially handling complicated situations. You won’t be working alone though, the game also introduces the Polymer Glove, a chatty companion that is also P-3’s best weapon.

That’s the very bare-boned summary of the story from what I’ve gathered so far from the preview. The premise seems interesting and the environment has this BioShock-esque feel mixed in with its own twist, which I dig a lot. So, I’m really excited to experience the full game once it comes out on the 21st February.

There weren’t that many other characters being introduced during the preview, but the most memorable ones are The Twins. And oh boy, there were very memorable alright. Did they really need to make The Twins look that hot? Definitely not, but I’m sure as hell on board with it.

Considering they have their own separate cutscene section from the preview and from the various trailers of the game, it’s safe to say that they’ll probably play a big role in the story.

From my time with the preview, I wasn’t expecting Atomic Heart to put in so much focus on melee combat and I found myself relying on it a lot more during the early parts of the game. I think that’s because the devs want us to adapt to melee combat first, instead of relying on ranged weapons right off the bat.

Having more options to deal with enemies is always beneficial, and melee weapons can come really handy when facing a group of enemies from all sides. One of the example is by holding down the right mouse button and releasing it lets you perform a 360° swing.

One thing I’ve come to appreciate is how Atomic Heart made the robots a force to be reckoned with, as they should. Even the most basic humanoid robot like Vova was really strong and can give your character a run for his money, whether it’s through cutscenes or gameplay.

To me, this gives off a sense imminent danger during combat which also plays in well with the story narrative. Even in normal difficulty the game can feel pretty punishing, at least from the beginning of the game.

I tried my hands on a much later section of the game where P-3 had a plethora of weapons and upgrades. It definitely felt a lot easier and you won’t lose as much health anymore even when I changed the game to hard difficulty. Meaning that upgrading your character will play an integral part in balancing out the game’s difficulty.

You can perform a quick dodge that has a cooldown, so you can’t exactly spam it meaning that every dodge needs to count. There are some instance where I had to fight agile enemies, dodging back and forth while weaving in counterattacks just made the fight feel so engaging. In combat, there’s a flashing orange indicator which tells you a strong attack is incoming that you will need to dodge, but besides that the enemies can be very erratic.

While I do enjoy the gameplay, I feel as though there’s some missing components in the game. One of which is the absence of a sprint button, which is seemingly replaced with the dodge maneuver. I tried checking the settings but it seems as though there’s no key binding for it. But then again, it might just be a skill that can be unlocked later on.

Another crucial component that I would love to have is an indicator of some sorts that pinpoints the enemy’s presence. I previously mentioned that a lot of the enemies in Atomic Heart are very agile and can move around quickly, so it’s easy to lose track of them.

The issue was even more apparent when I tried out the arena level and I had to fight against this giant boulder looking robot. Not only was the robot too fast, but you can only deal damage when it exposes its weakness, which took a lengthy amount of time.

Dodging all the flashy attacks to buy time till the robot’s weakness is shown made the fight dragged out for so long, eventually turning it into a slog of a fight, which made the battle less enjoyable. Hopefully this style of battle will be a one-off fight in the final game.

Your One Stop in Utopia

In terms of exploration in Atomic Heart, the game is fairly linear but the game does need you to backtrack from time to time in order to solve some puzzles. While I’m not particularly a fan of puzzles in video games, the ones in Atomic Heart are neatly designed, so you don’t have to spend too much time solving puzzles and disrupt the pacing of the game. 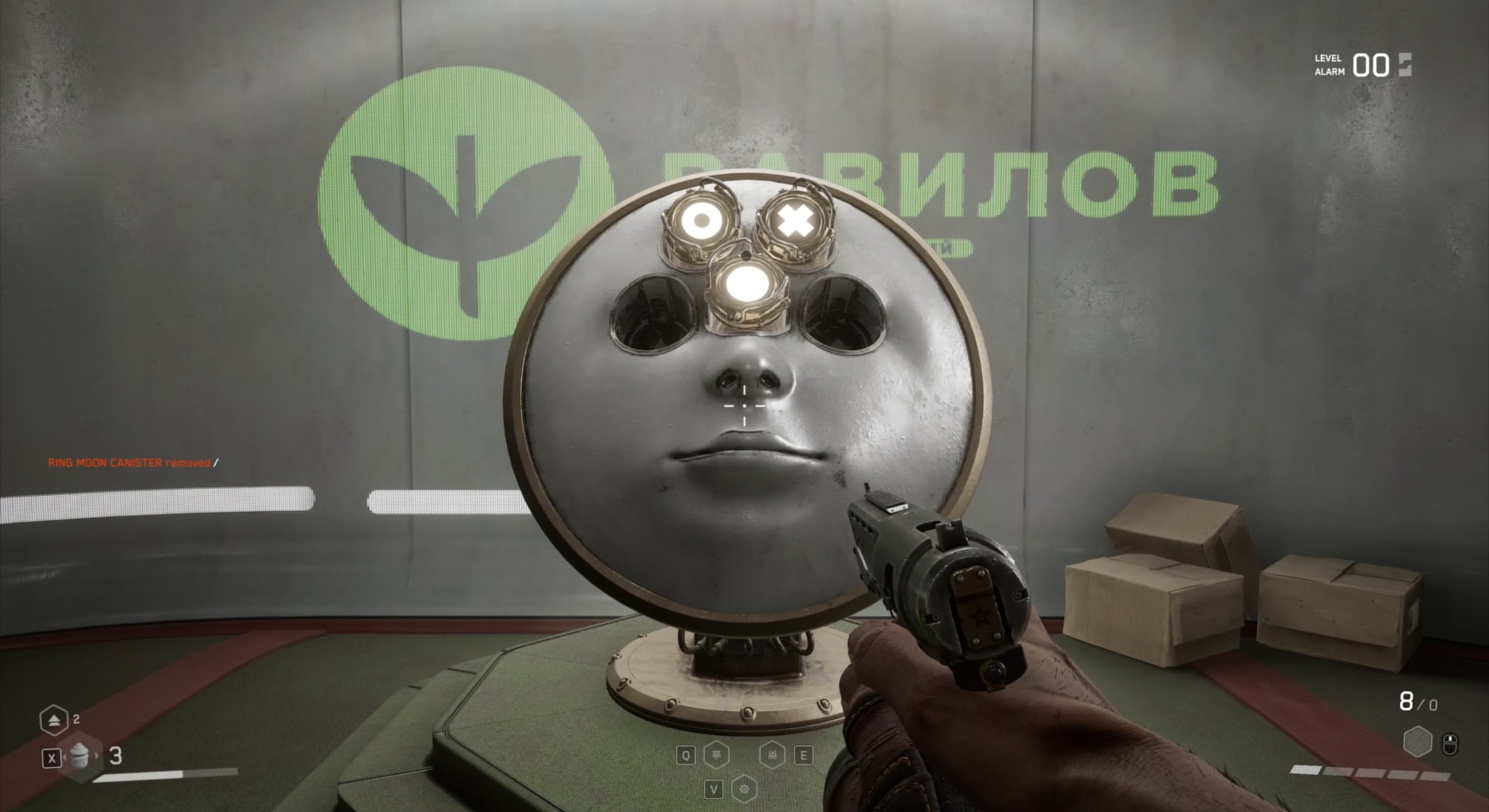 Again, this is only from the one small portion of the full game that I got to try out. Crafting and upgrading are essential to make your life easier. More importantly, you’re able to customize the Glove to perform all sorts of unique and useful skills.

Even when it comes to basic actions like looting, it’s done through your Glove which acts like a vacuum cleaner. It’s a fresh and fun change to how looting normally works, but on the flip side, there isn’t much visual clarity to what items have been picked up aside from the key items.

What Lies Behind The Dream

There are a lot of things to love about Atomic Heart, and I believe that this game can turn into something special. To its fresh take on the BioShock-esque environment, to the combat style and the intriguing story.

But that said, the game is still missing what I think to be key factors to make for a more comfortable experience. From enemy placement indicators, to the absence of a sprint button and being unable to tweak key bindings.

To reiterate, this is purely based on my time with the preview of the game, meaning that there’s definitely a lot that can be changed in the final version. Regardless, I do have high expectations for Atomic Heart and I’m looking forward to the official release of the game.

Lego Brings Back Bionicle With Tahu & Takua Gift With Purchase

Lego Brings Back Bionicle With Tahu & Takua Gift With Purchase