As expected, the Arknights global servers for Japan, Korea and worldwide has revealed the details for the 1.5 anniversary celebrations. After some event recap, the “Who Is Real” event is confirmed, alongside its animated PV:

Who Is Real will begin 30 July, and comes with a new story event and associated limited Headhunting banner, Hidden Moon. New Operators arriving with the event are: Lava the Purgatory is the game’s first “alternate” character version. She cannot be deployed or in the base simultaneously with her 3-star variant.

New outfits will be released with the event: Other bits of news include:

Last but not least, the Rainbow Six Siege collaboration event is also confirmed, for 18 August. There will be new Operators to obtain:

A free 10-Headhunting Ticket will be claimable when logging in during the event period. There will be a story event, a new furniture set, and outfits too. 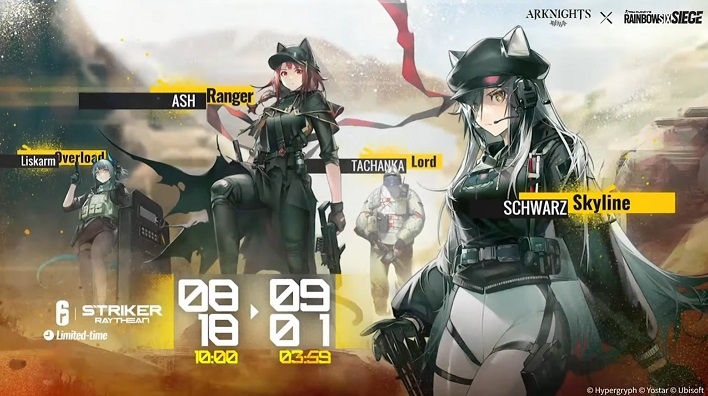 In celebration of the Arknights global 1.5 anniversary, new merchandise was also announced. A giveaway event will commence 26 July to 30 July, so stay tuned for that too.