Chroma Squad is a quirky Power Rangers-inspired RPG blended with TV studio management. The Steam version has been out for some time, and versions for iOS, Android and Vita is expected to release early next year.

The game takes place in a TV studio, cleverly parodying the classic superhero TV show. Players get to customize the TV studio with better gear, hire actors and build weapon props and sets, then fight against alien enemies in turn-based battles as the color-coded superhero team.

Characters in Chroma Squad can group together to use special abilities and attacks can be chained to perform deadly attacks. You can refine them better by planning out skill trees and craft equipment. Teamwork is the key to winning the battle against the forces of evil… actors. 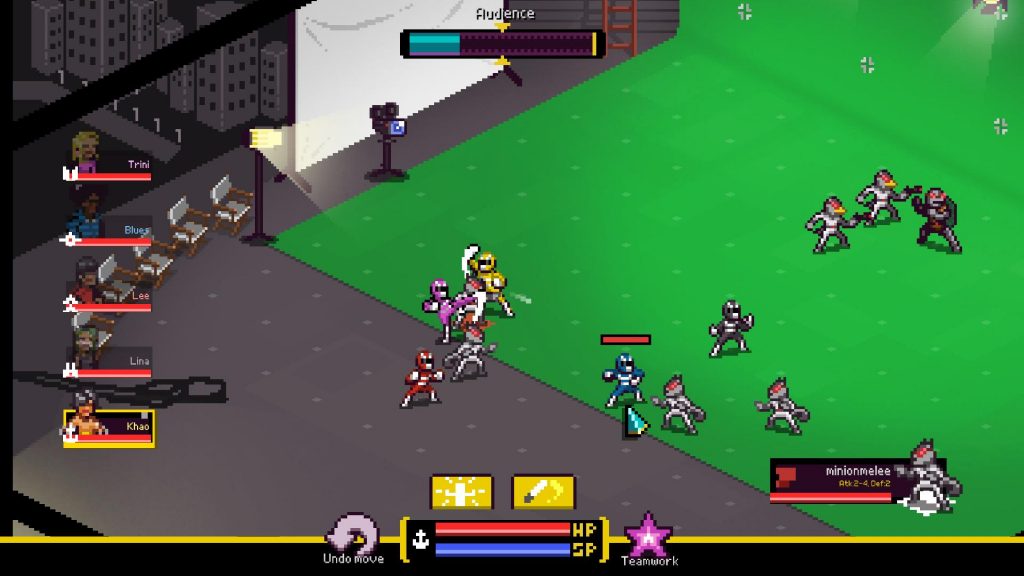 Seems like a nice game to have on mobile, we’ll update you once we get news of release.