by Muse
in All, Mobile Phone, Review
0

Since we initially reported on its announcement on Weibo, the ROG Phone 3 will be heading to Malaysian shores as well. You can watch the launch event in its entirety below: 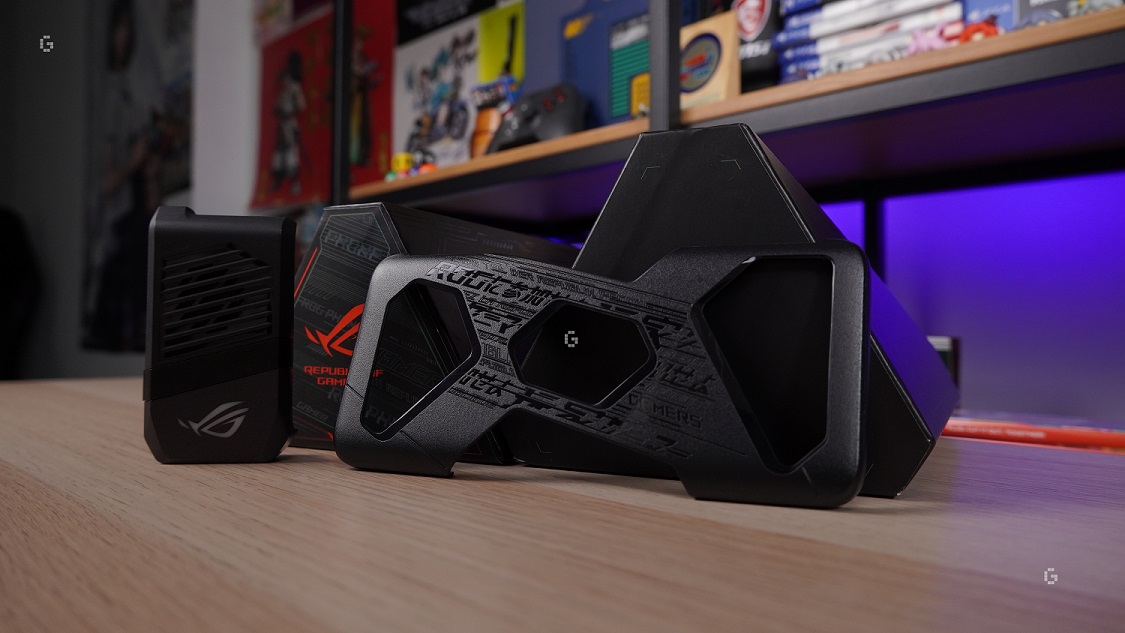 The design has not changed much from its predecessors. Some may have wondered why it keeps the bezels, which is explained with:

It doesn’t detract from how good it looks, but the glass can make the overall grip a little slippery if you opt not to use a protective shell. Why wouldn’t you slip on the bundled Aero case anyway? It adds that futuristic pizazz to the phone, while still compatible with the AeroActive Cooler 3. You’ll still have the ROG logo stand out, complementing the whole design package. It’d be pretty natural to expect all the good stuff to be the processors and display to make this the truly premium gaming phone, but the camera this time is keeping up too, performing in both night and distance shots. It’s capable of supporting 4K 60FPS video recording, as well as having stabilizing technologies. If you were disappointed in the previous generation’s cameras, your worries can be put to rest with the ROG Phone 3. Check out some of our photo samples: The gaming experience is as good as you expect from this line, while still having the drawback of being on the heavier side. The ROG Phone 3 is powered by the special speed-binned, 7nm Qualcomm Snapdragon 865 Plus Platform with a 3.1 GHz frequency (10% higher than non-plus). It has an unlocked Adreno 650 GPU with up to 10% better performance.

To minimize any possible bottleneck ROG Phone 3 has also been equipped with 16GB of LPDDR5 RAM which has 50% higher data rate than LPDDR4x while also offering up to 20% lower power consumption). The new UFS3.1 SSD storage – ensuring smooth and fluid performance that can keep up with anything! It makes the heft worthwhile for a worry-free gaming experience. This is complemented by the 144Hz refresh rate, which can also be accordingly scaled down to 120Hz, 90Hz, 60Hz or Auto refresh rate, where ‘Auto’ aims to provide a balance between smoothness and battery life. The incredibly fast 270Hz touch-sampling rate (number of times per second the screen reports a touch points position) and end-to-end improvements in optimizing the phone’s hardware allows the ROG Phone 3 to have a touch latency of only 25ms and a slide latency of 18ms; currently the world’s lowest latency of any phone. The screen is also a HDR 10+ certified display with genuine 10-bits which mean it can reproduce 1.07 billion colors, calibrated to an average Delta-E <1 accuracy with a wide 113% DCI-P3 gamut coverage which ensures that all content looks just like its creator intended.

Let’s not forget the audio with GameFX, consisting of its big dual front- facing speakers, advanced sound tuning and game mode enhancement. The speakers, upgraded from 5 to 7 magnets, are powered by their own individual Smart NXP Amplifier for better and louder volumes without distortion. Utilizing Dirac HD Sound Technology software, it works with a whole host of sound requirements:

There is, of course, the ASUS Armory Crate, with the UI optimized according to feedback. The Games Library is automatically updated with recognized games, while you can also add normal apps as required. With Scenario Profiles 3.0, you can customize the touch, display, performance, audio and network settings for each of your games to have them perform at their peak, or to consume as little battery as possible.

Tune it even further with Gaming Tuning or Hardcore Tuning, with controls that everyone can understand. Or, if you know the ins and outs of the hardware, the low-level CPU/GPU/IO parameters are available for you to tweak, without the need to root. Downloading performance settings from ASUS or another user is also possible. More game specific settings worth mentioning include:

The Game Genie has a plethora of functions that you can function simply by swiping to the left of the screen. If it doesn’t pop up automatically, then the game or app needs to be added to the Armory Crate first.

Whether you’re using the phone’s screen or the external TV, the ROG Kunai 3 Gamepad now has four modular components to fit all possible gaming scenarios:

The controllers themselves have had their button layout changed, now including the buttons that were on the Kunai holder for wider compatibility. The joystick can be toggled to be used as a mouse cursor.

The ROG Gaming Clip has three different mounts to attach your phone onto a PS4, Xbox or Stadia controller as you see fit. The ASUS ROG Keymapping available on the ROG Phone 3 will also be supporting these controllers in a future update for yet more staggering flexibility of use. 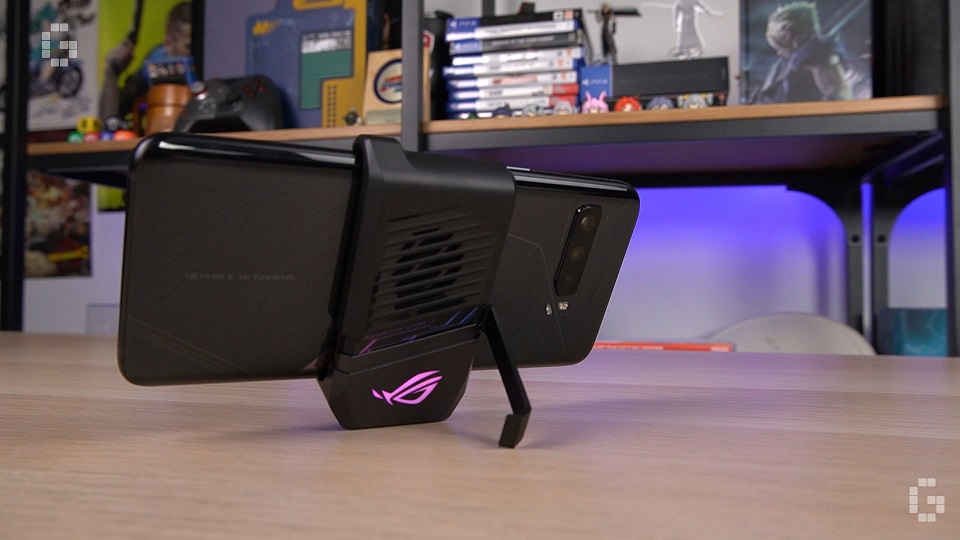 The new ROG Phone 3 Lighting Armor Case not only protects your ROG Phone 3 from scratches and bumps, but it also supports Aura lighting for a nice visual experience. The phone detects when the case is used via NFC, giving you the option to apply a matched theme with wallpaper, icons and sounds to give your ROG Phone 3 a uniformed look.

The ROG TwinView Dock returns with a third version, essentially the same as the previous version but with an even faster 144hz built in 6,6- inch AMOLED display. It has an integrated fan that cools the phone, a 3.5mm jack, RGB LEDs and a 5000mAh battery to keep everything running. It can even charge the phone if necessary and the power adapter is powerful enough to charge both phone and the TwinView while playing. Owners of the older TwinView Dock 2 can still use it with the new ROG Phone 3 but they will be limited to a 120hz refresh rate.

Utilizing the Professional Dock, the ROG Phone 3 can be connected to a HDMI display and two USB devices with an extra USB Type-C port for charging. It’s a more portable Mobile Desktop Dock that has less connections. Speaking of the Mobile Desktop Dock, it turns the ROG Phone 3 into a desktop gaming rig, allowing connections to a 4K UHD 60Hz display via a HDMI or DisplayPort, USB-mouse, keyboard, RJ-45 LAN, 3.5mm audio jack, and S/PDIF audio out, with instant switching between your phone and PC for uninterrupted gaming.

Below are the specs for the ROG Phone 3, and its Strix Edition. While local retail prices are not announced yet, you can expect it to be roughly slightly higher than generation 2.

Give us some support by subscribing to our Youtube Channel !
Tags: Republic of GamersRoGROG PhoneROG Phone 3
Previous Post

A new life for the family - EXCLUSIVE interview with Haden Blackman on Mafia: Definitive Edition