The International 11 Finals Weekend has wrapped up Day 1 of 2 in Singapore. I sit here in my room, peeled away from the exodus of fans streaming out of the Singapore Indoor Stadium, wanting to talk about my experience. I do have more thoughts I wish to put down in a ‘post mortem’ kind of piece, doubtless exhausted after all the screaming after tomorrow, but for now, let me have the first day in the books.

I hopped on the MRT to the stadium and already I saw a handful of fellow fans dressed appropriately in team jerseys or equipped with their cameras (or both). Upon exiting the station, the first of the decor is already there, and of course, the steady stream of people. If you stop by the Secretlab area, they have a replica of the Aegis of Champions with accompanying throne of champions. Steelseries is out in force, with the Secret Shop right opposite with people waiting to collect their merch. By the time I considered getting some goods, most of what I’d like was marked as sold out. I made my way up to the stadium itself, with a glorious archway welcoming everyone to the excitement within. Into the bowels I went, parking myself on seats overlooking the production crew and a handy rail on which I can balance my camera.

While not in person, Gabe Newell welcomed us to the latest iteration of Dota 2‘s biggest event. The remaining four teams – Aster, Liquid, Secret and the one without ‘team’ in their name, Tundra Esports – filed into the center to their individual theme songs. The booths are the open type, and on the outer edges of the inner ring, we can see the casting tables.

At home, if I’m too stressed out over certain plays, I could just look away, have the game on a second monitor. There’s no similar luxury here, as I gripped something in my hand as the voices rose all around me. Remember to breathe and stay hydrated as you start writhing over the floor as the most clutch of plays unfold before your eyes. In between games, I left with others to stretch or pick up a drink. Unsurprisingly, the queues were pretty absurd, considering the place is sold out and has like, what, 10,000 other people?

There’s still another day left to go. There has to be winners and losers. Today, Team Aster had to bow out, leaving only European representatives left to battle for the Aegis. I already feel emotionally drained, so I can’t imagine how much more the players are feeling now, as they need to ensure they have enough energy for what could be another long day. Day 1’s BO3s all went the distance, and whoever goes up against Tundra will have to play up to 8 games. It will be a test of both physical and mental fortitude.

Being part of the audience, I’m up for as many games as possible, because we’re all here for the love of the game. 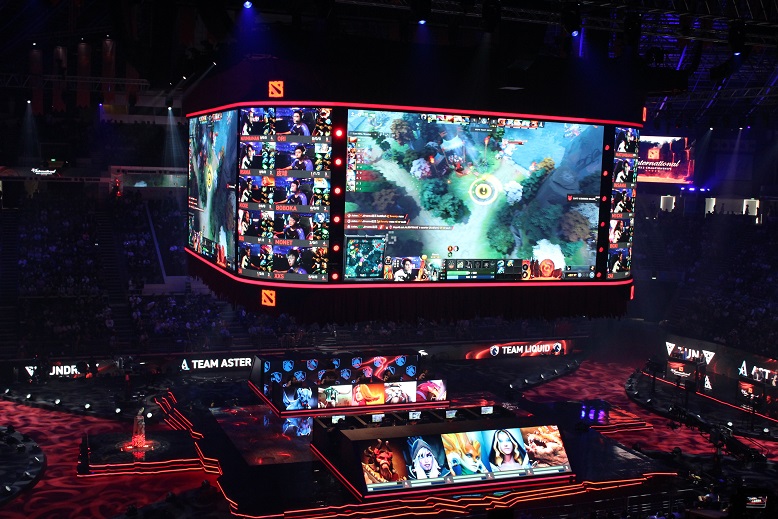 When I’m done screaming myself hoarse for all the plays that will doubtless happen, will it be time for a round of reflection on a game I’ve found myself enraptured with.