That Time I Got Reincarnated as A Slime The Movie: Scarlet Bond Review – Power of Bonds Are With Me

That Time I Got Reincarnated as A Slime The Movie: Scarlet Bond is an anime film from the series that has premiered in Japan on November 25th, 2022. It premiered in Malaysia on January 12th, 2023.

The movie centers around a new character original to the film, Hiiro, who assumes himself as the last of the Ogres after his village was destroyed. Now a resident of the nation of Raja, Hiiro sets out to look for a solution to the problem arising in the country before he eventually comes face to face with Rimuru.

The movie starts out with flashback showing an ongoing battle between the Ogre and Orcs with the main character for the movie, Hiiro, as the center. He was defeated in that battle but was fortunately saved by the people from Raja, a small nation to the west of Tempest.

Unfortunately, his village was destroyed and nothing was sparred. Taking refuge in Raja, Hiiro swore that he would one day enact his vengeance.

Returning back to the present, disaster looms in the nation of Raja. Towa, the Queen of Raja, has the ability gifted by the Gods to protect and stabilise the nation. However, the ability comes at the cost of her own lifespan and she’s almost running out of time.

To overcome this, Hiiro was dispatched in order to find a cure for Towa and it was then where he comes across our slime friend, Rimuru. For a movie with an original plot, Scarlet Bond unfortunately follows the same formula you can see from every other arc in Tensura. Even when the focus was on Hiiro and not Rimuru. A nation is in peril, Rimuru comes in to help, nation’s problem is solved and Rimuru builds more connections with people outside of his Kingdom.

So, for those who have read or watch Tensura, you’re just seeing an average filler arc squeezed into a movie showed through a big screen.

The Emotions Within the Bonds

With how overpowered Rimuru is, having the focus of the movie not being him takes out any chance for the movie to have any impending doom or a big villain to be defeated. Sure, the focus is on Hiiro but what threat is there when there is a newly born Demon Lord that could revive people by your side? There is no excitement from the movie since we could all guess that whatever big bad it has, Rimuru would just instantly delete him. Spoilers, that’s exactly what happened. This goes on to an even more spoiler territory but I was deeply infuriated by the cheap fakeout Scarlet Bond did. One scene we have both Hiiro and Towa dead and we have them both revived on the next scene. I get that it is trying to go for a happier ending but what was the point of killing them off and reviving them immediately after? Why not have Hiiro die during the middle parts of the movie and have him return at the end to save the day? It’s still a fakeout but at least there’s more emotion and thrill to it.

If I were to describe Scarlet Bond, it was definitely an anime movie. Fans of Tensura would definitely enjoy seeing characters from the series appear on the big screen with high quality animations but that’s unfortunately all the movie has.

The movie being canon to the series is ambiguous at best so we would not know if either Hiiro, Towa or even the Raja nation would make any cameo appearance at all. Sure, Hiiro and Benimaru shares a strong bond but where has Benimaru even mentioned anything about Hiiro in the past?

Nevertheless, Scarlet Bond is best enjoyed if you ignore the glaring problems and simply watch it as it is. Seeing Rimuru and his gang completely annihilating whatever threat that is in their way is always a treat. 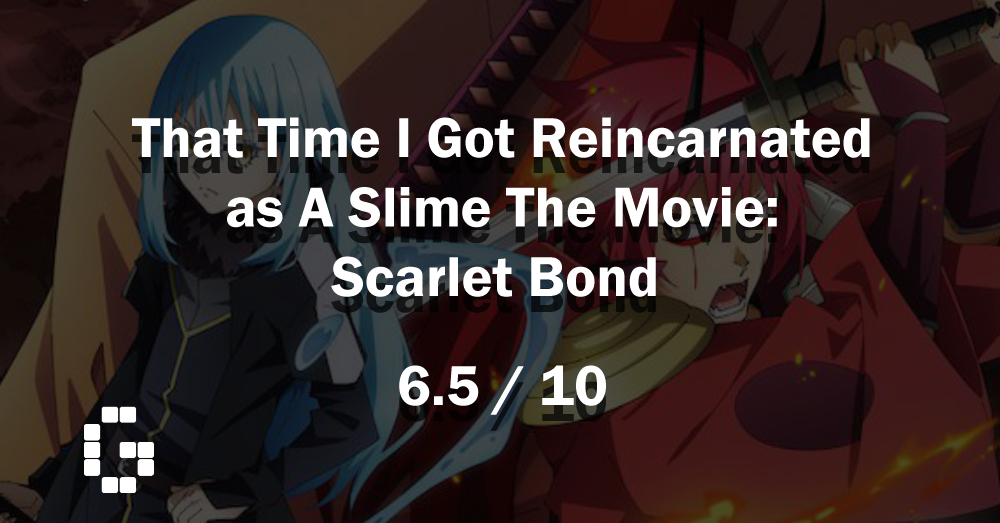 Microsoft Plans To Lay Off 10,000 Employees Including In Its Gaming Divisions Like Xbox and Bethesda

Microsoft Plans To Lay Off 10,000 Employees Including In Its Gaming Divisions Like Xbox and Bethesda