RomanSaga ReUni is now in its soft launch stage, available for Canada, Italy and Singapore. Otherwise known as Romancing SaGa Re;univerSe, the mobile Romancing SaGa game originally launched 6 December 2018 in Japan. With this soft launch, the full launch on 23 June as initially estimated may be coming after all. Pre-registrations are still on-going, with the official Twitter account announcing the more than 1 million pre-registrations have been achieved. Whether or not we will get additional prizes for the milestone is unknown, as the currently listed rewards only go up to 500k as listed below: 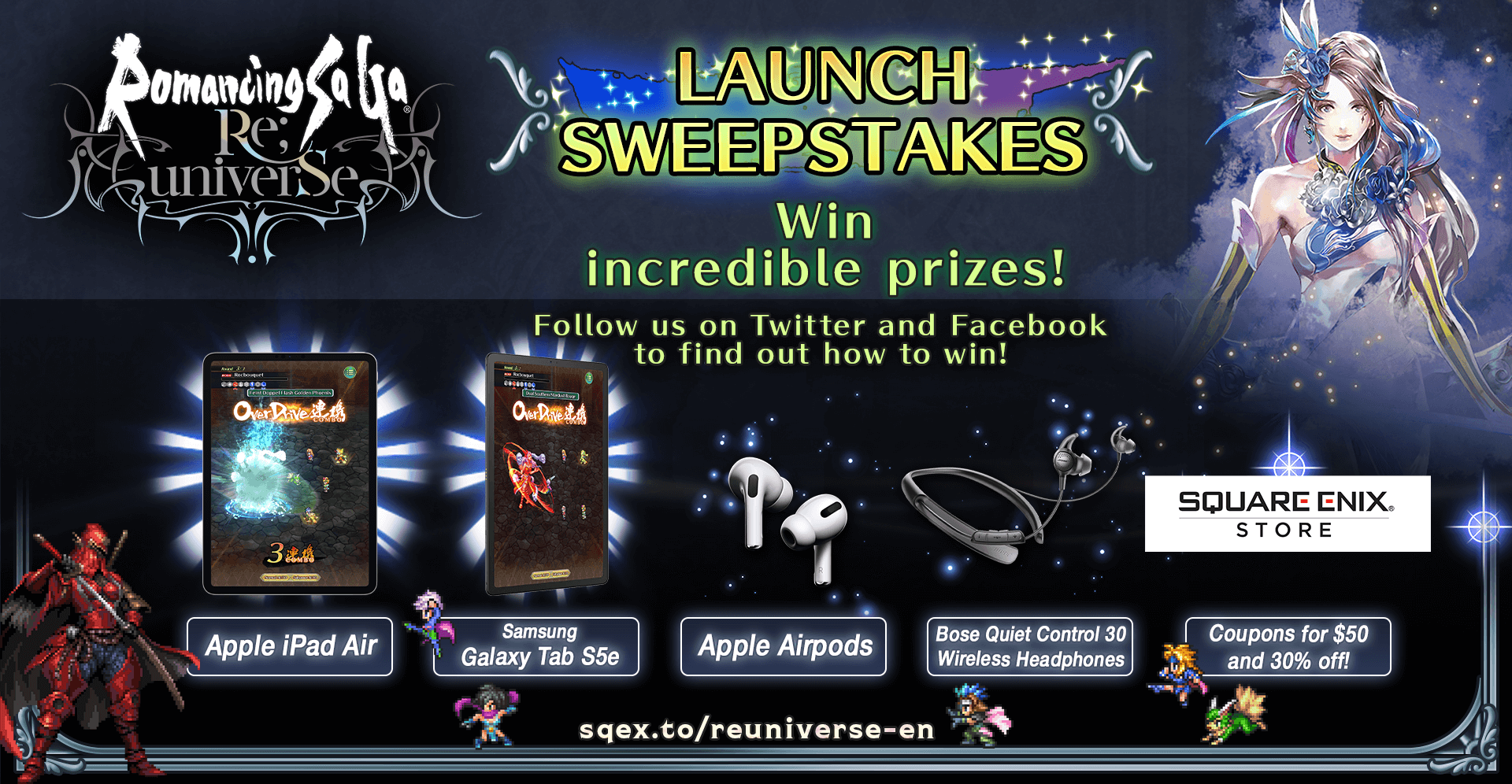 In any case, stay tuned and wait another week to see if they confirm an official release date for the rest of us wanting RomanSaGa Reuni see the soft launch players have their time. Soft launch data will carry over to the full game.

Romancing SaGa Re;univerSe
Publisher: Square Enix
Release Date: 2018-12-06
Android, iOS
Discover for yourself why the SaGa series is beloved by RPG fans across the world! Beautiful art, unforgettable songs, and a tactical battle system friendly to both casual and hardcore players await you!
Give us some support by subscribing to our Youtube Channel !
Tags: Romancing SaGaRomancing SaGa Re;UniverseSquare Enix
ShareTweetShareSend
Previous Post