The Pokemon Company have announced the release date for the upcoming Pokemon Scarlet and Violet, alongside new characters as well as the version mascots for the new generation of Pokemon games.

Pokemon Scarlet and Violet will release on the usual timeslot for Pokemon games, on November 18th like previous mainline Pokemon titles.

In a new trailer, players are treated to a first in the Pokemon series- a different Pokemon Professor depending on the game you get with Pokemon Scarlet players getting Professor Sada in Pokemon Scarlet and Professor Turo in Violet.

That’s not all that’s new in the upcoming games- the new trailer confirms 4 player co-op, which sits as an in-between from the big co-op of Sword and Shield and the strictly single-player Pokemon Legends.

It’s unknown what trainers will be able to do in co op, though, since we’ve had no confirmation of features like Sword and Shield’s raid battles returning for the newest installment. 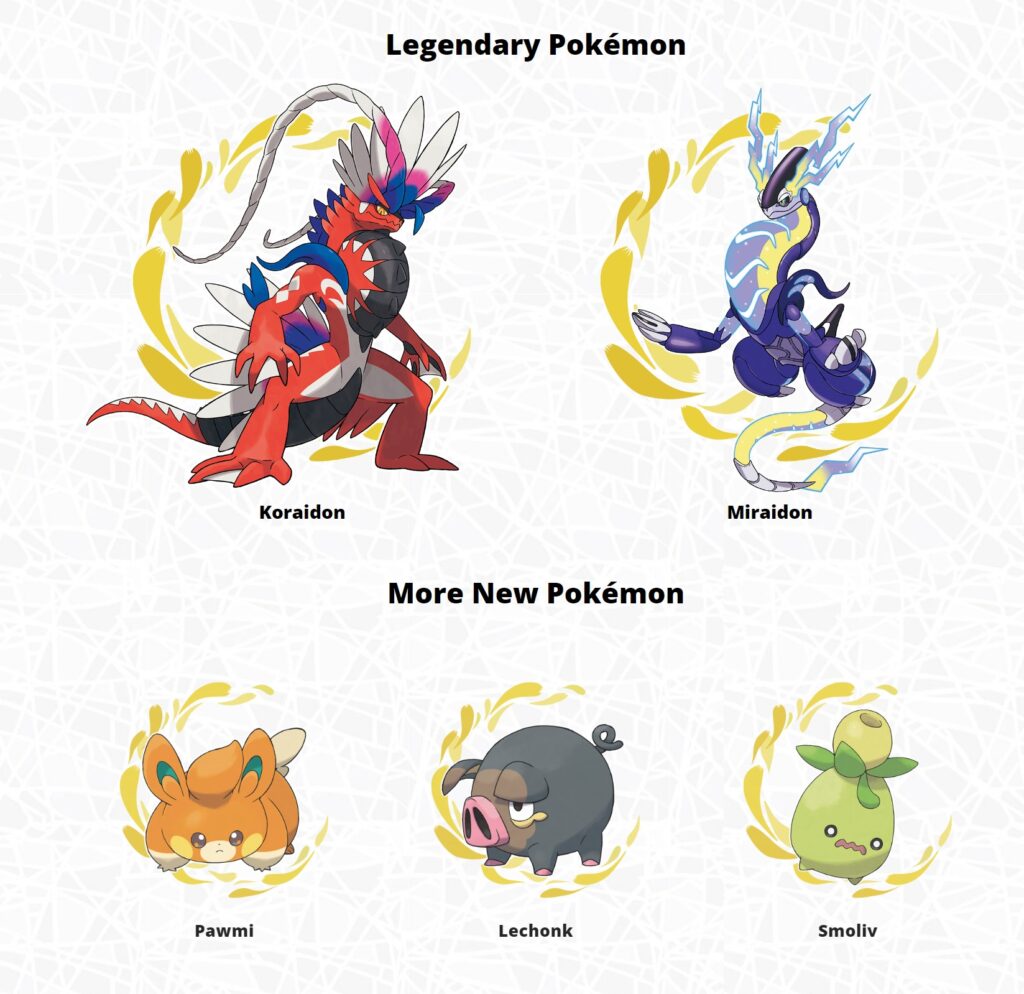 As with all Pokemon trainers, several returning and new species of Pokemon, including the sure-to-be-memed Lechonk, as well as returning Pokemon Talonflame.

We also got a look at the new legendaries, named Koraidon and Miraidon, though The Pokemon Company are keeping hush about the role these legendaries play in the game’s story.