There are homages and there are totally blatant rip-offs, and Pocket Trainer DX is in the latter category. A game that released at the tail end of 2020, Pocket Trainer DX does not have any signs of involvement from Nintendo or The Pokemon Company. Okay, to be… ‘fair’, it doesn’t use the Pokemon name, but basically all the imagery of the game is indeed, Pokemon, running the whole gamut from the iconic yellow electric rat to, well, everything else. It’s a free to play game with the usual microtransactions, and it’s a turn based battle RPG where you face off waves of other Pokemon in the regular stages. The Pokemon have two moves each, with a Special they can unleash. Each side can have up to 6 units. 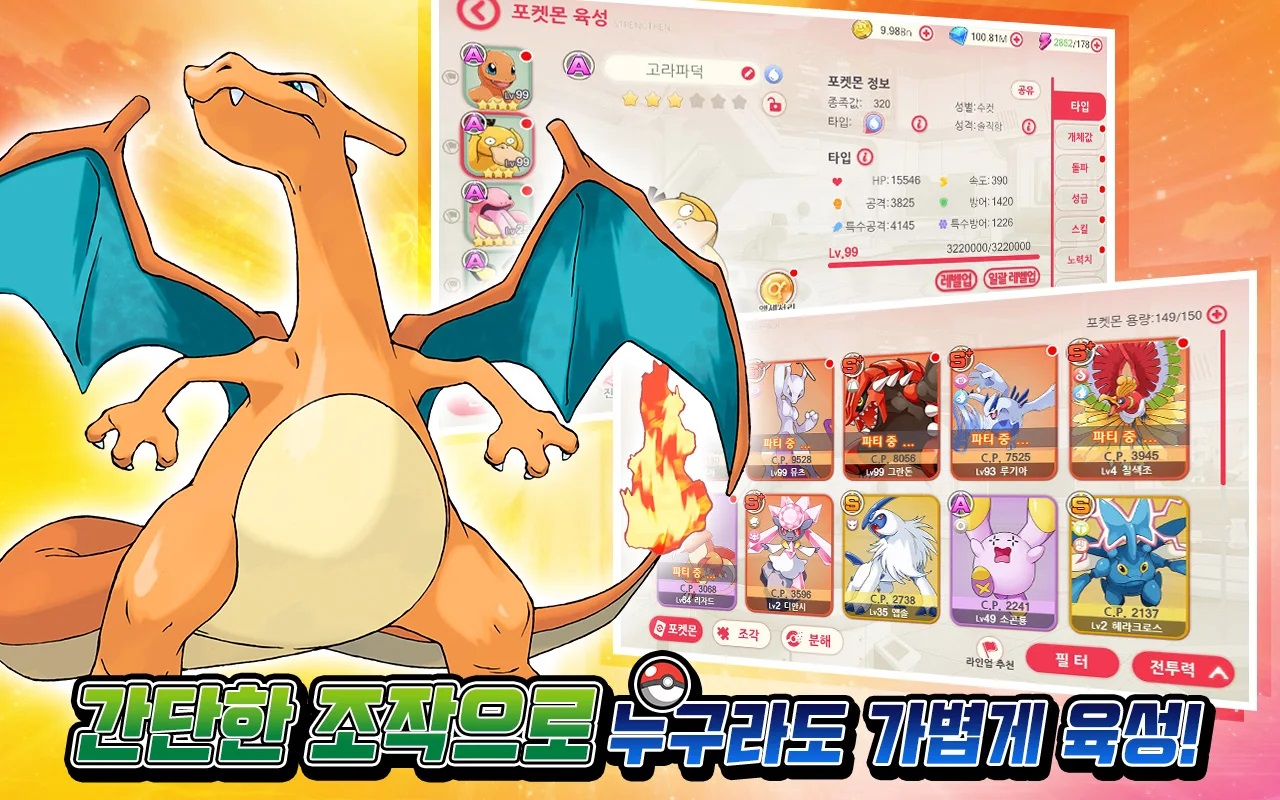 The Special attack cut-ins look quite well made, and wherever they acquired the model assets also appear to be adapted quite well to a mobile device. As you might expect, you can level up your Pokemon, train their skills, and evolve them. Considering it’s managed to last much longer than the accused Kimetsu no Yaiba rip off game, it would appear that the game has somehow managed to slip under the radar, presumably because people have assumed it is an official work. If you can download it to try it out, by all means. The game’s naver page has some designs for apparent Fakemon – fan-made Pokemon in other words – and also art that looks wholly out of place. You can check out a couple of the images below.