Open Country Preview — Enjoying nature with your dog by your side

505 Games offered us a preview of Open Country, an upcoming hunting simulator. With Malaysia in total lockdown, it is a nice change of pace.

Open Country takes place in the great outdoors (duh) and puts players into the shoes of a hunter who has put city life behind him. Aside from the hunting, Open Country also has survival elements, skill trees and other mechanics which I will detail in this preview.

Note that this preview is also based on my experience playing Open Country on PC. The game will also be available on Xbox One and PlayStation 4. 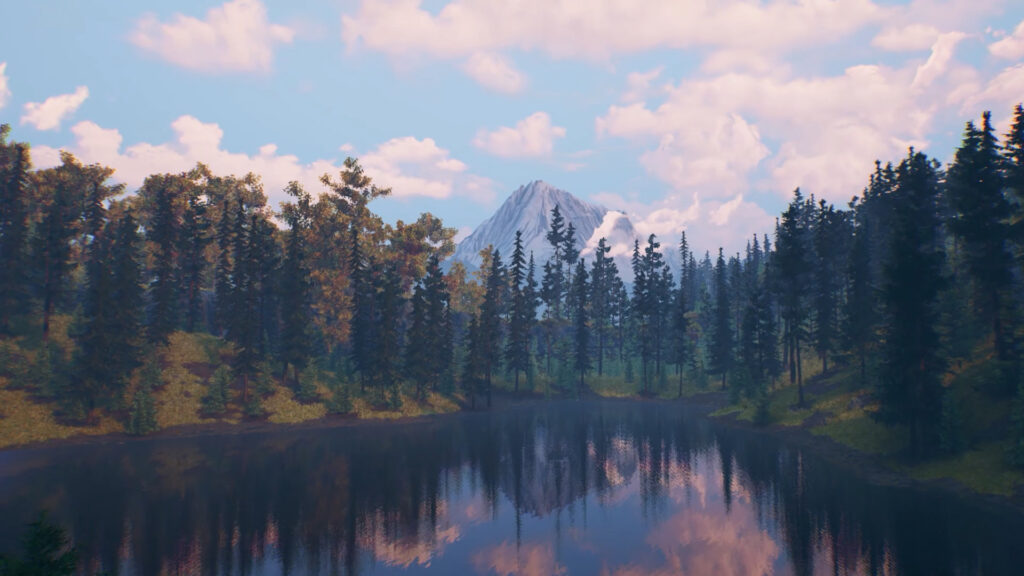 Mother Nature in all her glory

The game’s graphics are decent overall. Scenery and backdrops are breathtaking at times. At the same time, textures of character models and objects do feel somewhat dated. Lighting effects are also quite well done. Unfortunately, I had no option to adjust the graphic settings in this preview, beyond the option of changing between fullscreen or windowed and adjusting the resolution.

The game’s music pleasantly surprised me. The menu BGM is particular charming with its country music.  Beyond the menu theme, the in-game tracks are spread across multiple genres. It is somewhat weird, but nothing too distracting. Currently, there are three areas available in this preview of Open Country. They are Mellow Hills (the tutorial stage), Tumnus Valley and Snowridge Valley. There are possibly more areas that will be added in the future. Regardless, each area has its own unique flora and fauna, which helps to keep the outdoors fresh and enjoyable.

Besides the three maps, players can also experience nature in three different modes. There is, of course, the single player campaign, but Open Country also offers online co-op with up to four players. The online co-op mode lets players work together with their friends to track and hunt down prey together.

There is also a versus mode. Even though you have a gun, the goal is not to shoot each other, but to see who can hunt down the target prey first. Essentially, it is a race, and definitely a welcome change of pace. What sets Open Country apart from many of the other hunting simulators on the market is its survival mechanics. Fans of the survival genre should feel right at home seeing all the bars such as stamina, hunger, thirst, temperature and sleep. Further expanding on the survival gameplay is the presence of a crafting system, which players use to build shelter and to make stuff that will help make the hunt easier. Furthermore, there is also an encumbrance mechanic, meaning that you cannot just hoard everything you find lest you find yourself walking at the speed of a snail.

Granted, this is not a survival game in the same vein as The Longest Dark or Subnautica per se, but I feel that some of the mechanics can be better balanced. Stamina drains far too quickly, letting us sprint for about 4 to 5 seconds before having to wait for another 10 – 15 seconds just to get the bar back to full.

Thirst also goes down rather quickly. Your water bottle can only hold 3 gulps of water (yup, you can only drink 3 times out of the canteen before it is empty). While there are water sources around, having to manage these survival mechanics does somewhat detract from the overall hunting experience. As for the hunting mechanics, I found them to be more enjoyable. My first mission was to kill 3 rabbits with the rifle that I received. This is where the game introduces players to the various mechanics such as sound and sights. These Icons at the top left of the screen will inform you whether your presence is picked up wildlife.

Hunting is exactly how it should be. It takes effort to locate and track down your prey. There is no arrow to point you in the right direction. While we do have the Hunter Sense feature to pick up on clues left behind by larger prey, the experience is enjoyable.

Fishing is also an activity in the game and safe to say, hunting for fish is nowhere as fun as hunting for big game. Waving your rod around and hoping for a bite on your bait gets boring, fast. Complementing all these mechanics are the weapons and skill trees. There are 5 types of weapons in the game— Melee, Handguns, Rifles, Shotguns, and Bows. These are affected by the 11 Weapon Skills available in the game. There are also 17 Survival Skills and 2 Crafting Skills, with a total of 30 available skills for players to invest in. There’s dogs, and you can pet them

This game instantly gets better thanks to the presence of your four-legged companion. Feed him, pet him, spoil him, the choice is yours.

The dog is not just a random house pet. Nay, it is a hunting dog. The adorable canine has its own abilities that will help players find prey and other resources. You can also bond with the dog, and if your bond is high enough, the dog may even save your life by alerting you of incoming danger.

Above all else, you can pet the dog and reassure it that it is the best-est of boys. Whoever came up with the idea of including a dog in Open Country deserves a raise. Let me start by saying that I lost my save file 3 times within 2 hours. Note that there is no option of manually saving the game. The game’s autosave feature does it for you, but its buggy and can randomly result in save files disappearing.

Also, there is also a bug that happens while jumping. Occasionally, jumping twice in a row results in the player character losing the ability to interact with anything at all. This is rather annoying and forces you to restart. This bug happened to me for 4 to 5 times and when combined with the save file bug, makes playing the game a test of patience.

Bugs aside, some of the controls are also poorly optimised. Normally, you would expect a button like ‘Tab’ to access the crafting menu. However, that button is the ‘Esc’, which means that you have to stretch your finger all the way to the corner of the keyboard. Also, aiming with a weapon is done with the mouse right click. You have to hold the button to maintain ADS, and while holding the right click, shoot by pressing on the left click. If this sounds like a hassle to you, wait till you hear that there is no option to adjust the keybindings.

There is also driving in the game, but is downright atrocious. Every time I try to adjust the camera, the game forces it into another direction which tends to result in the worst view while driving. Open Country has a lot of nice spots but also equally as many rough edges. On one hand, the scenery, wildlife and hunting experience itself is great. Plus, there is a dog.

On the other hand, the survival mechanics take away from the enjoyable hunting experience. The biggest offender, however, is the bugs. Losing save data and getting stuck is no fun. Hopefully, developer FUN Labs can fix many of these problems before launch or in patches just after release.

Regardless, if you feel like giving Open Country a shot, feel free to check it out on Steam. The game will release next month on 3rd June 2021.

Give us some support by subscribing to our Youtube Channel !
Tags: 505 GamesFUN LabOpen Country
ShareTweetShareSend
Previous Post