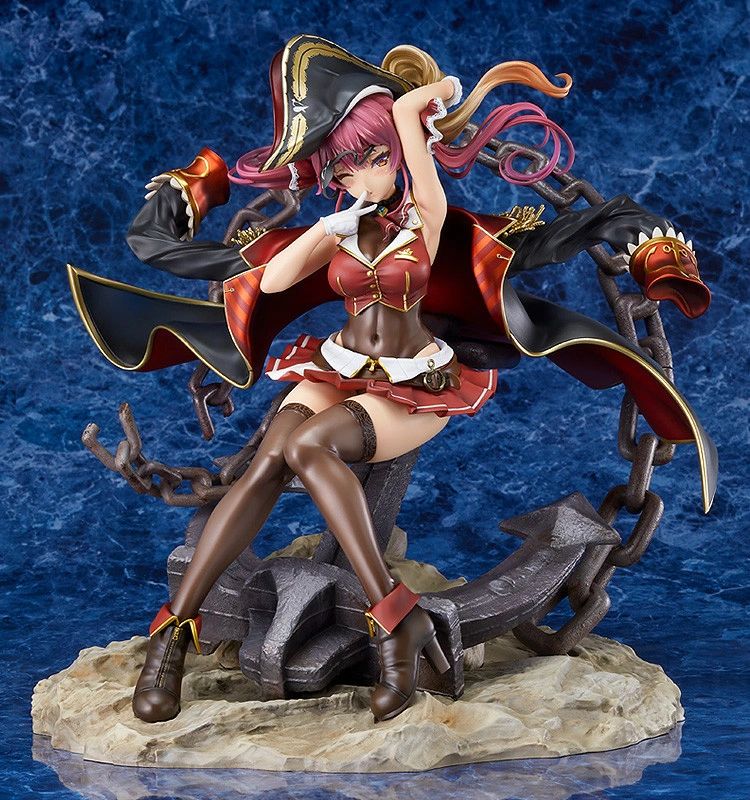 The Max Factory Houshou Marine scale figure is available for 29,800 yen (RM1091) from the Good Smile website, and the figure will ship out from December, 2022.

The scale figure depicts Houshou Marine in her fan-named “Full Armor” outfit, which is her default outfit alongside a long coat.

Even if you’re not explicitly a fan of Hololive’s raunchy eternal 17-year-old, there’s a lot to love with the sculpt, which has several “floating” pieces to give a dynamic pose feel.

These include the anchor chain, down to Marine’s own eyepatch, which all looks like they’re floating mid-air around her.

Houshou Marine is a member of Hololive’s 3rd Generation “HoloFantasy”, having made a reputation for herself with her raunchier content as well as exquisite drawing skill and frequent banning on YouTube.

While many Hololive characters have gotten the Nendoroid treatment, the same can’t be said for scale figures- this Max Factory Marine is one of the only ones, alongside a Spiritale Inugami Korone as well as a still in-production scale figure of Shirogane Noel.

That being said many more members have gotten figures as part of the Pop Up Parade line, which are less elaborately sculpted but much easier on the wallet.