Show Me Your True Self!!

by Alex Daud Briggs
in All
Reading Time: 3 mins read

Love Live School Idol Festival is having a crossover event with Persona for the series’ 25th Anniversary in an event that will be going on from the 31st of October to the 25th of November. And as part of the event, the idol girls of Muse and Aqours will be getting new costumes based on the Personas of well, Persona.

The event will see a new story scenario featuring Morgana meeting the Love Live Idols and Persona costumed versions of the girls will also be available as ultra-rare gacha. Three songs from the series ‘Burn My Dread’, ‘Pursuing My True Self’ and “Wake Up, Get Up, Get Out There’ will also appear as songs in the game. 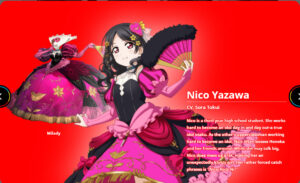 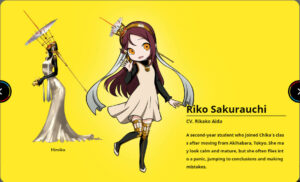 The collaboration between Persona and Love Live School Idol Festival was announced about a month back with an introduction featuring Eli Ayase dressed as the Persona 3 character Elizabeth. You can find out more about the event on the official website. Love Live! School Idol Festival All Stars
Publisher: Bushiroad
Developer: K-Lab
Release Date: 2019-09-26
Android, iOS
Join the 27 school idols in creating unforgettable Live Shows! You and the All Stars cast will write a new story together! Take on the role of a student at Nijigasaki High School which, located in the Odaiba area of Tokyo, offers students the freedom and opportunity to explore and specialize in a variety of subjects. While out in the city one day, your world is changed after seeing μ's and Aqours perform together. You set out to become the closest ally and supporter to these brilliant school idols on their path to perform at the prominent School Idol Festival. The journey to realize your and the school idols' dreams begins here!
Tags: AtlusLove Live! School Idol FestivalPersona 25th Anniversary
ShareTweetShareSend
Previous Post