Love Live announced today that they would be doing a collaboration with the Persona series, along with a poll for which of the Muse would get collaboration units.

The announcement was made today via the Love Live School Idol Festival All Stars Twitter account, with a link to the website where you can vote for which characters would get a new UR card for the Love Live Persona collaboration.

Interestingly enough unlike the other Persona collaborations that tend to focus on Persona 5, this collaboration features logos for Persona 3 and 4 as well, meaning multiple girls could get outfits based on any of the characters from the three games. However, it seems like only one will be getting a UR.

The poll itself will run from today until June 9th, so make sure to head over to the collaboration website to maker sure your favorite character becomes the UR for this upcoming event.

Despite the numbered sequels, each Persona game is actually a wholly unique story, complete with different themes. Persona 3, 4 and 5 are usually the poster boys for the series, with 3 and 5 having recently received their own dancing spinoffs similar to Persona 4: Dancing All Night.

Persona 4 itself recently became one of the most popular Steam games, back when the game released on PC, freeing the game from its exclusivity on the PS Vita. The success of the game combined with Yakuza: Like A Dragon even prompted Sega to reconsider their approach in dealing with international markets. 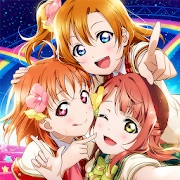 Love Live! School Idol Festival All Stars
Publisher: Bushiroad
Developer: K-Lab
Release Date: 2019-09-26
Android, iOS
Join the 27 school idols in creating unforgettable Live Shows! You and the All Stars cast will write a new story together! Take on the role of a student at Nijigasaki High School which, located in the Odaiba area of Tokyo, offers students the freedom and opportunity to explore and specialize in a variety of subjects. While out in the city one day, your world is changed after seeing μ's and Aqours perform together. You set out to become the closest ally and supporter to these brilliant school idols on their path to perform at the prominent School Idol Festival. The journey to realize your and the school idols' dreams begins here!
Tags: Love Live! School Idol FestivalPersona
ShareTweetShareSend
Previous Post

New Perspectives with [email protected] May 2021

New Perspectives with [email protected] May 2021