Ryu Ga Gotoku Studio’s follow up to Judgment, Lost Judgment, is the perfect balm for the fan looking for more of the studio’s perfect mix of surrealist humor and legitimately good crime drama.

You Almost Forget How Good The Crime Drama Is You continue the adventures of the detective Yagami, set against the backdrop of Yokohama (Just like Yakuza: Like a Dragon). Like any good crime drama, it has a pretty standard plot, starting with something small and moving on to a much larger world of intrigue.

If anything it’s pretty impressive just how on-brand the plot of Lost Judgment is, following the key themes of your own justice. That being said, it does feel like the overall story of Lost Judgment is a step down from its predecessor. Without spoiling anything it’s not so much that it’s bad per se, it’s just that knowing it follows up Judgment makes it feel a little lacking since it doesn’t do anything to capture our hearts the same way the original Judgment did when people were first apprehensive to the idea of a Yakuza spinoff.

I also feel like anyone who only got into the game because of the goofy reputation of Ryu Ga Gotoku studios’ games needs to be reminded that this is in fact a crime drama, and Lost Judgment has one of the most disturbing scenes ever rendered in a video game to kick off one of the game’s cases.

Even though it’s been less than a year since Like A Dragon’s release, it feels great seeing the familiar sights of Ijincho again in Yokohama. Since they were designed for Yakuza’s unique turn-based combat, a lot of the pathways feel a lot bigger, since they’re meant to accommodate thugs strafing constantly while waiting for Ichiban to attack.

It does make Yagami’s combat feel easier on the nerves, since you never have to worry about really hitting a wall when you’re trying to get out of dodge of some street thugs. There’s still indoor fights too, so if you miss the more claustrophobic fights they’re all still waiting for you. One of the most left-field parts of the game is its whole School Stories portion, which sees Yagami in a school acting as a mentor to the Mystery Club. This school is huge and almost feels like it was meant to be its own spinoff before getting absorbed into the main game.

It’s laughably silly, since Yagami has to win over various kids to help out his own investigation into the school. It’s surprisingly full-featured: you’ll still be doing all sorts of investigations, all localized within the school while you’re in pursuit of the Professor.

Still, even though the only thing different is the setting, it’s a great change of pace. Where else are you gonna play an older man doing heat moves on a high schooler? Exactly. With the Yakuza series having shifted into the JRPG territory since Like A Dragon, Lost Judgment continues to hold up the brawler-style combat from the previous game. I’m a big fan of the beat-em up style combat- not only does it feel good to hit buttons, but the Yakuza series’ signature Heat Moves (rebranded to EX moves) are hilarious to use, as you beat enemies (non-lethally) with seemingly anything Yagami can grab.

Of course, Yagami has his stances, altering his moveset to suit different styles of kung fu. While Crane and Tiger stance are returning from the original, we also see the addition of a new stance- Snake, which allows much faster, swifter motions.

Maybe it’s just the better hardware for the PS5, but the game also definitely feels way more responsive too. Yagami’s motions feel a lot snappier to the touch, so you never feel floaty and every punch to the face he gets feels more like your mistake than the game’s. Yagami has a lot of snooping to do around Yokohama, manifesting itself as various segments in the game such as chase sequences, lock picking and more.

One of the big new additions is stealth sequences, which see Yagami having to avoid being seen to better conduct his investigation. Honestly I’m not too fond of them- they don’t add too much new to the series, and feel more like someone just asked for it to be in the game because it was weird that their detective was running into every building crane kicking criminals until he got a confession.

On the other hand, however, there’s also parkour. I actually really like the parkour mechanic- interacting with buildings in a new way is great, and the punishment for failing being having to go the long way around is just right- a fail state would have made me hate it, but a walk of shame is just fine.

Overall, the new mechanics blend well with the other investigation tools . While I clearly like some of the new additions more than others, I feel like investigation as a whole in Lost Judgment is overall pretty exciting. Chances are, you’re jumping into Lost Judgment for its bizarre minigames. They’re an iconic staple of both this and the Yakuza series- and very much still going on here.

Just like the original Judgment, I’m a big fan of the Drone League- where you control your drone to race around Yokohama.It’s a great way to explore the map, and is so detached from everything else that it makes it a perfect way to just turn off your brain without actually putting down the game.

Just like the later Yakuza games there’s also the arcade- which in previous games was the best way to play Virtua Fighter prior to its PS4 Re-release. This time around they’ve even added the Sonic fighting game, so fingers crossed that that means SEGA plans to make that the next great esport.

It’s not just minigames either- the side content in this game is just so appealing you couldn’t honestly say it’s not a major draw for the game. The fact Yagami is a pretty normal looking guy is great contrast to the many absurdities of the game- such as going to the pawn shop for what is ostensibly a Nendoroid. Really, Lost Judgment is a sequel to Judgment in much of the same way Arkham Knight was to Asylum. On a functional level there’s not all that much different- but it’s more about using the tools that the first game for new things. Sure there’s new features, but they’re very much all just enhancing the experience that the first game set out for.

It also has the advantage of next-gen hardware: the PS5 version runs like a dream, with snappy loading and gorgeous visuals. As it is Judgment already felt like it was teetering on the edge of the PS4 hardware, so it feels good knowing that instead of deciding to push the PS5 to its limits they made sure Lost Judgment felt better to play, too.

Of course, if you were hoping for Lost Judgment to fix Judgment in all the same ways that Like A Dragon addressed issues with its Yakuza predecessors, maybe give this one a miss. If you’re a big fan of the original Jugment and hankering for more crime drama though, definitely pick this one up. 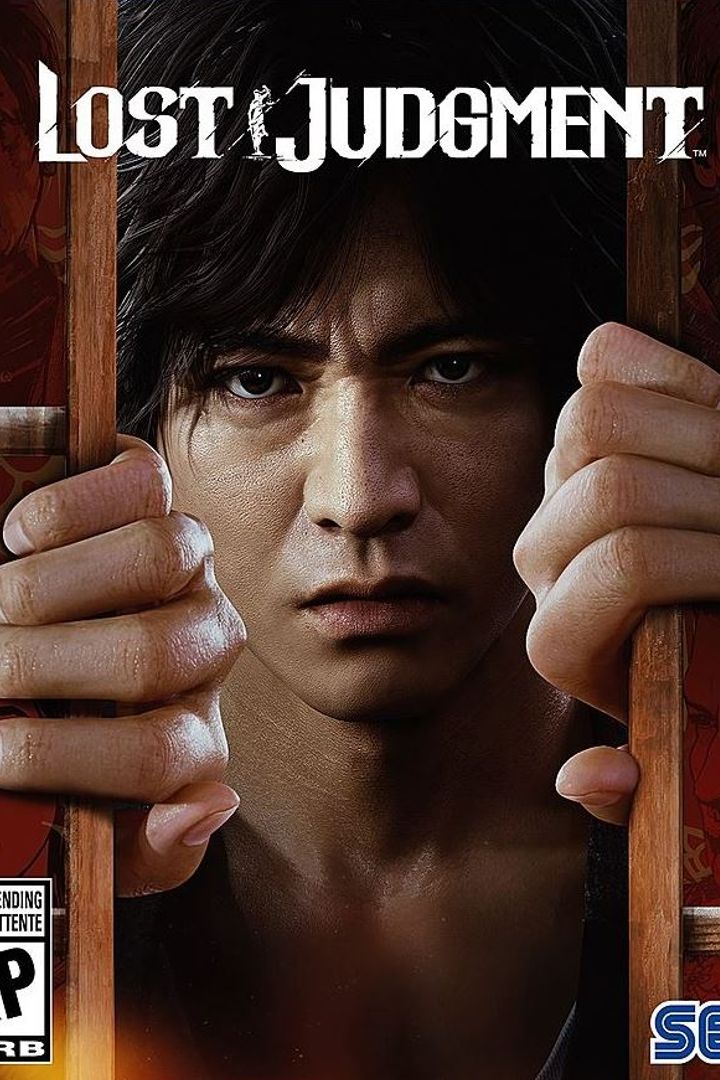 Lost Judgment
Release Date TBC
PlayStation 4, PlayStation 5, Xbox One, Xbox Series X|S
The world will wait no more! The newest installment in the Judgment series starring Takuya Kimura is here! For the first time, the Ryu Ga Gotoku Studio will be releasing simultaneously worldwide by popular demand for fans all over the world and not just in Japan. We follow former lawyer turned detective, Takayuki Yagami, as he journeys through this story's new epicenter, Yokohama. This action-packed legal thriller is set to be an epic feature that surpasses its predecessor, so don't miss out!