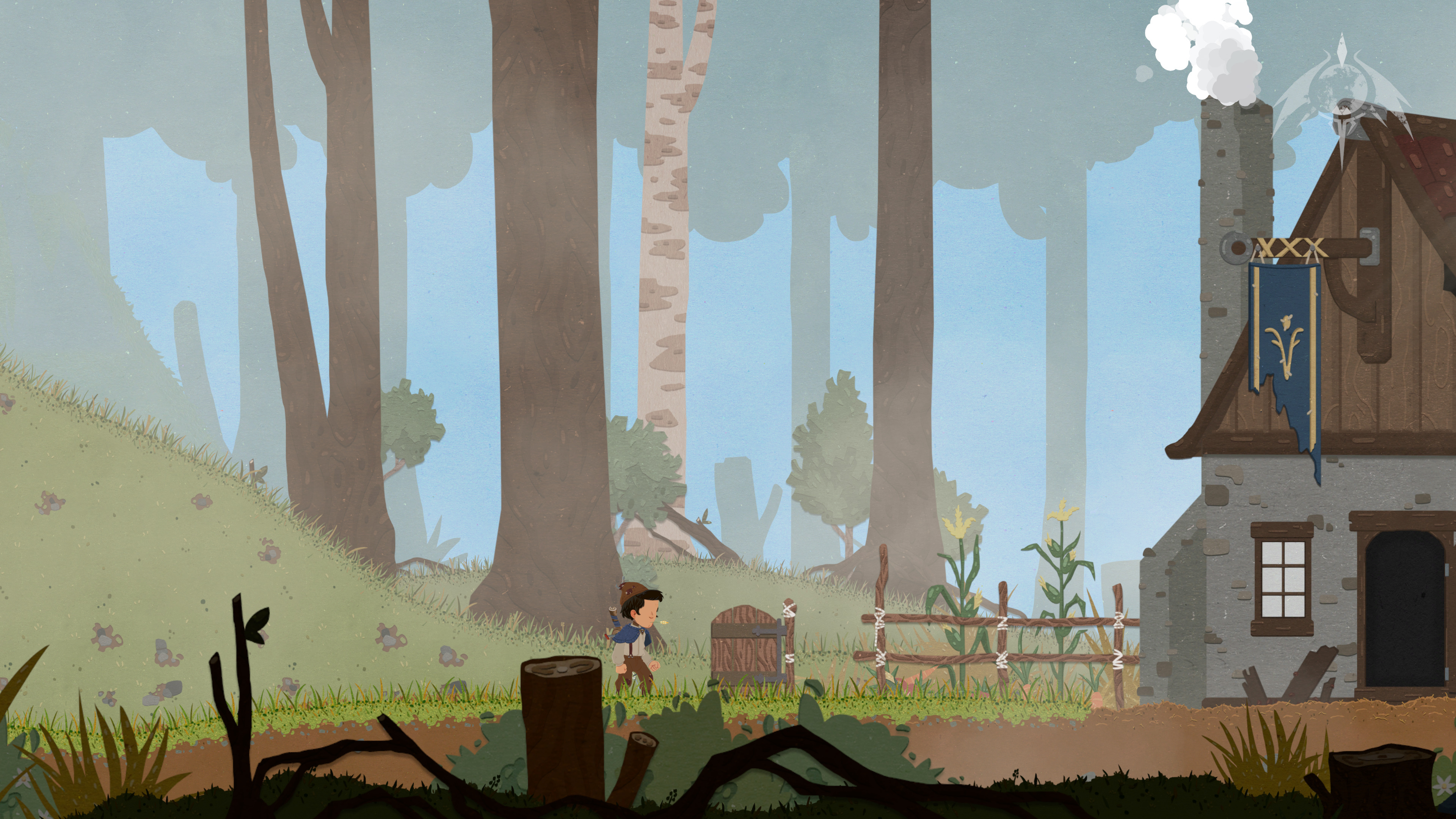 According to the publishers:

In Legends of Ethernal, it is up to you to uncover the truth about your parents’ disappearance. Explore beautiful hand-crafted environments, solve challenging puzzles, and battle frightening creatures. Using the crafting power of ether, new powers and weapons will be unlocked to you, allowing you to explore more and more of the world of Arkanys. The game also features some key mechanics such as being able to unlock weapons and items that you find scattered across the levels. Not only that, players are able to solve puzzles and unleash their fighting tactics against boss battles in multiple dungeons.

Players can also gather ethers and use items during the course of your journey to help you progress through the game. The game can also be admired by the beautiful 2D hand-drawn art covering multiple environments, scaling up to a resolution of 4K on supported platforms. And to accompany the artstyle is a wonderfully crafted score which was produced and recorded by veteran musician William Gough.

And to players who seek a bit more in their gameplay, they can try Hardcore Mode for an intense experience, and in contrast to the intensity, enable Relaxed Mode to help you or your little one complete the game.