Kadokawa and WonderPlanet had just announced a new mobile rhythm game titled “Please, Don’t Bring Me Back to Reality! Symphonia Stage” which is set to be released during Winter.

Please, Don’t Bring Me Back to Reality! Symphonia Stage is an isekai idol-themed rhythm game and is directed by Bokusatsu Tenshi Dokura-chan’s author Masaki Okayu. 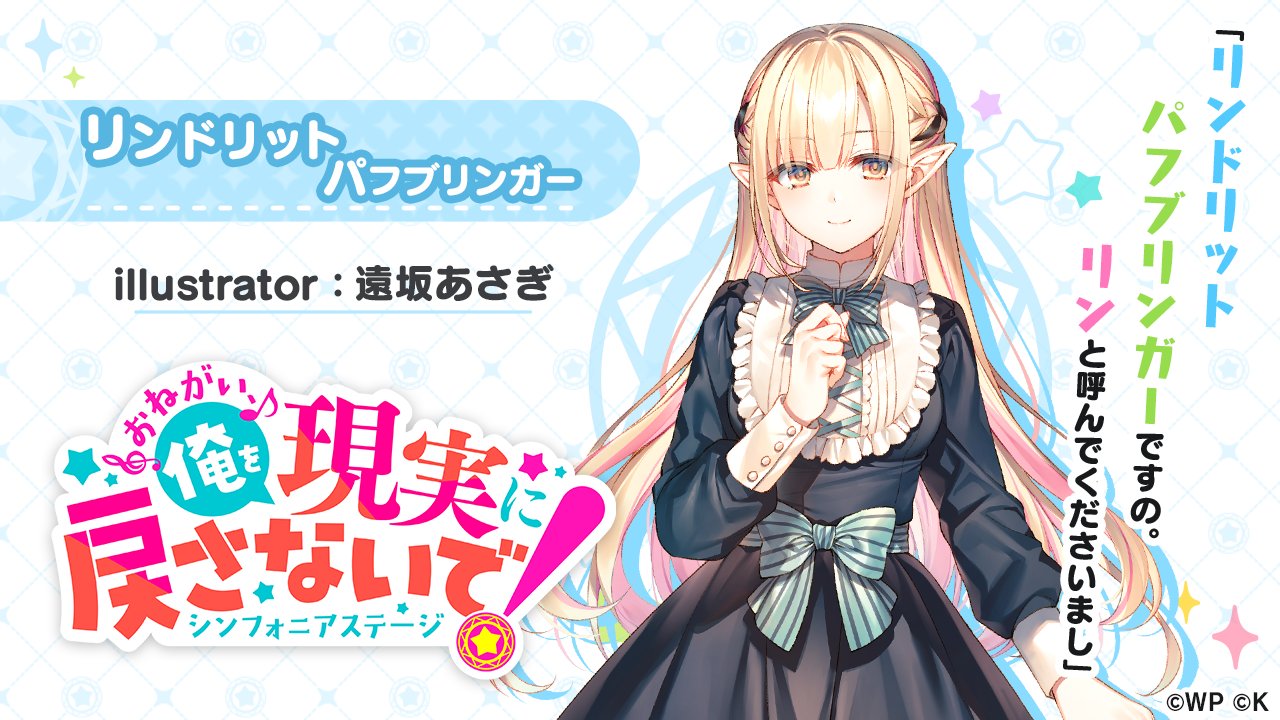 There are also other participating illustrators include “Legend” illustrator Yunagi , “The Style of Vampires” illustrator Yu Katase, “Thousand Memories” character designer Renta, and more, which makes this game a fairly ambitious project.

Besides the character reveals, there is still much more that has yet to be announced for this game. For more details and future updates for this Kadokawa and WonderPlanet project, check out the game’s official Twitter account.