Identity V has announced the launch of a new Survivor: Professor Luchino along with a new season based on the essence of Ancient Greece.

Identity V introduces professor Luchino, who is obsessed with reptiles. He disappeared after acquiring a rare viper. People found huge scales stained with blood in his room, which did not belong to any known creature.

We also got our first look at the new theme of the season: Ancient Greece. 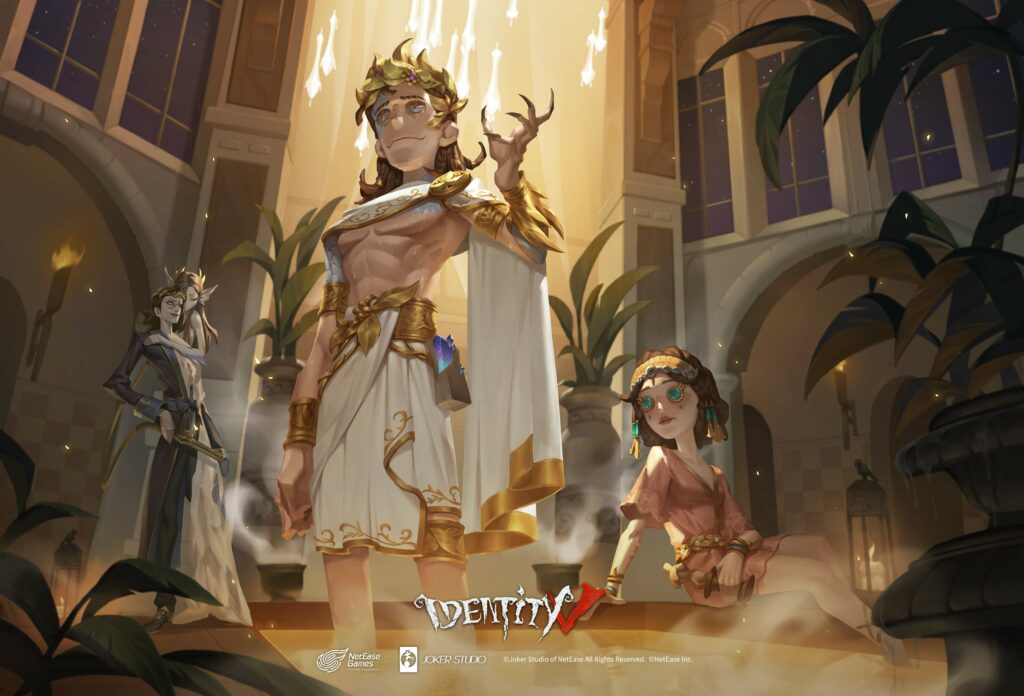 ” Wine boiling in hot springs as we become drunk. We worship.

An ancient Greek scholar discovered a fossil powered with mysterious heat in the process of his exploiting. The SPA he developed with fossils can cleanse, help people relax, and purify souls. Attracted by the magical effect of the fossil hot spring, guests poured in.

What tourists don’t know is that this is where the disaster begins. People who have taken showers with, soaked in, or taken saunas with the spring water will acquire a secret power. Atavism happens to them, and some even lose self-consciousness.

The owner of the spring was deeply affected by fossil hot springs and began to worship Dionysus in ancient Greece. The whole spring is immersed in the self-dispelling tragedy of ancient Greece and the intoxicated pleasure. With water vapor and the smell of wine rising, the crazy banquet starts.”

“The curtain is up, the stage is ready, and you are the audience, the writer of the play, and the master of the show. In the sparkle of countless deduction stars, who will you pick?”

Identity V has given us our first look at the Deduction Stars of 2022! Players can pick out their favorite Deduction Star by voting. Starting from this year, the second stage of voting will be added to the activity where all the Deduction Stars from previous years will stage again to win the one and only Best Deduction Awards and the Exclusive Customized S costume. The theatre is open for you, and the show will be all the more wonderful.

Identity V is available on iOS and Android.