by Lucas
in All, Interview
Reading Time: 4 mins read

As part of Netflix’s J-Wave event, we had the opportunity to speak with Gudetama Creator – AMY in an interview about everyone’s favourite lazy egg, Gudetama. What was your inspiration in creating Gudetama and are there any particular memories that you would like to share with us? AMY: Gudetama was one of the ideas that I had submitted to Sanrio when they had this food-based character competition.

How was an actual egg the inspiration that influenced the character behind the philosophy of Gudetama?

AMY: When I was eating Tamago Kake (Raw egg with rice) at home, I saw the colour of the egg and thought about its nutritional value and I thought that eggs could have a lot of potential in being cooked in so many different ways.

But I felt that it was so apathetic or unmotivated that I couldn’t have made eye contact with it. Those were the ideas that I had inspirations for, and I also thought about the millennials in Japan who all come from different backgrounds and big education but they kind of gave up on the competitive society.

So those were the overlapping ideas when I designed Gudetama along with his personality.

What do you think makes Gudetama so special?

AMY: I think his apathetic or unmotivated-ness is his appeal. But also what was unexpected was his butt having such a huge reception worldwide. In today’s age when people are more and more busy where everything seems so fast paced, people seem to relate more to a character like Gudetama.

Did you anticipate that when you created Gudetama? 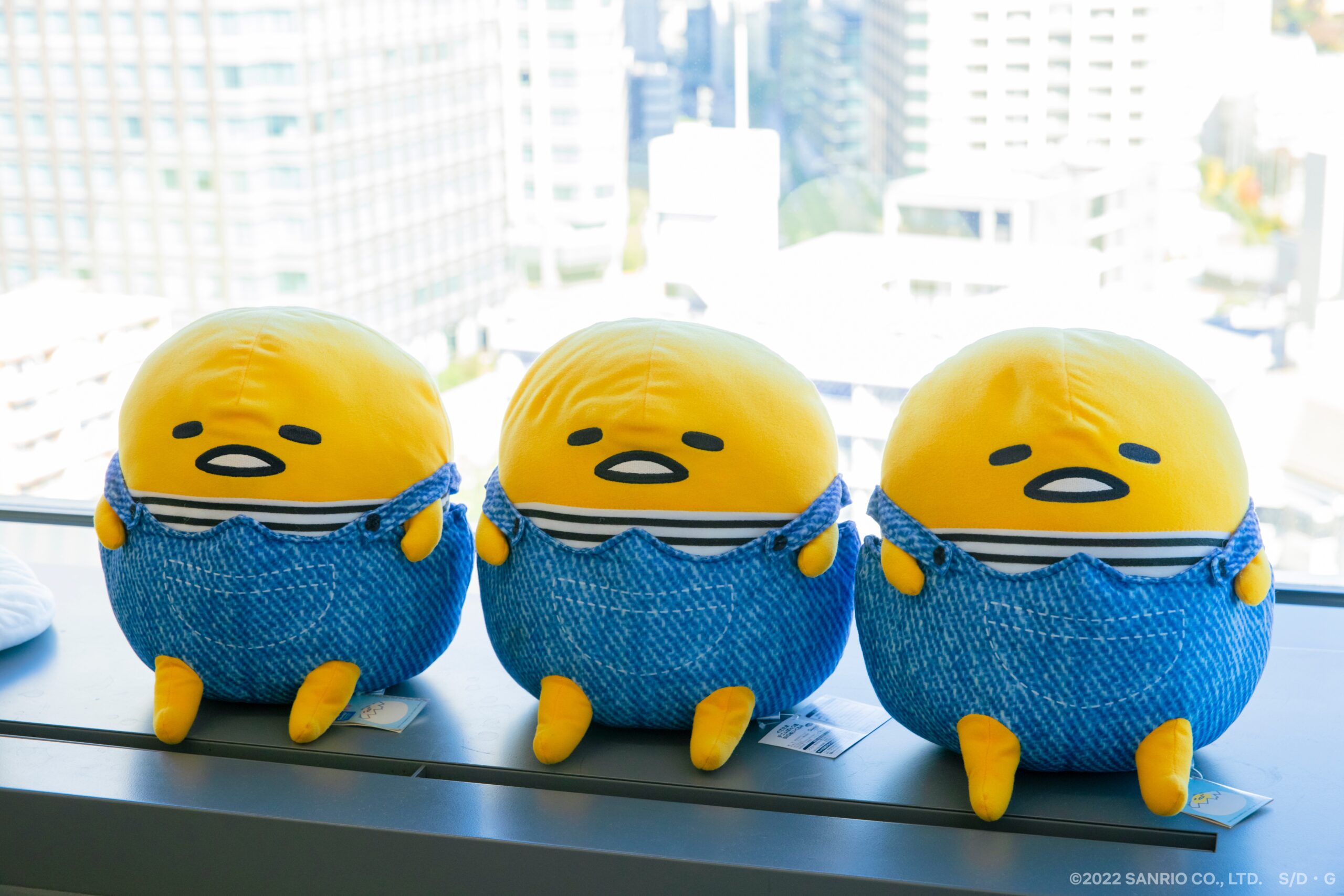 AMY: I felt that Gudetama is a character that gives you this feeling of comfort, that there are people who have it worse.

But also I do hear a lot from people that Gudetama is saying these things on behalf of me, and it also makes you feel like you don’t really have to try too hard and makes you feel relaxed.

Before Gudetama got so popular, were you ever worried that a character whose main trait is being lazy would be seen as something negative? AMY: In the beginning, yes. I was afraid that maybe this character would not be well received in the sense that he’s so unmotivated and lazy.

How does it feel to see a character you initially created on a piece of paper now coming to life as a series on Netflix? AMY: This is something that started very small in a sense and I see many professionals working on this project. I’m amazed to see how they are working on that series, I also get to see people that I respect work so hard on it and they’re so serious about it.

But then you see Gudetama who’s acting like it’s none of his business.

How does it feel to know audiences from so many countries discover the character through the Netflix series? AMY: I feel excited to see how people would react to the series and see their responses.

What would you tell the audiences who are not familiar with the character yet and why is Gudetama so special and why should they tune into the series? AMY: I think you can just watch it very casually and maybe think “oh that looks good to eat”. Or maybe you could dig deeper and overlap things with your life and ponder on that.

Any advice you can share to aspiring artists and creators who are looking to break through the industry and create their own stories and characters? AMY: Actually, I feel like I should be the one asking for advice.

But I think it’s important to really take time and think about the negative feelings and emotions and digest them.

We would like to thank AMY for taking the time to answer our questions about Gudetama. The Gudetama: An Eggcellent Adventure series will be airing on 13th December 2022 on Netflix.