Today marks the start of the Extra Zero Festival for YuGiOh Master Duel, one of the new rule-changing events in the game where you build custom decks for rewards.

Considering how much of modern YuGiOh is built around Extra Deck Monsters like Fusions, Synchro and more, it’s a great time to enjoy a simpler age of YuGiOh…

I’m just kidding. It’s YuGiOh Master Duel, and the Extra Zero Festival simply means a new batch of monsters (or one particularly dominant one from previous events) get to rear their heads and show the game has no shortage of busted strategies, no matter the ruleset.

Floowandereeze Makes You Scared Of Penguins

Just like how Destroy Phoenix Enforcer was released right before the Fusion Festival, Floowandereeze made its debut literally the week before the Extra Zero Festival for YuGiOh Master Duel.

This archetype is incredibly frustrating for players not prepared to deal with it- their own abilities allow for extra normal summons, and their synergy with other boss monsters makes them great for dealing with a variety of counter plays. Since all Floowandereeze cards use the name structure “Floowandereeze and X”, we’ll be using the back half of their names to refer to them.

Robina is a must-have card for the deck, basically making sure you have any Floowandereeze ready at any time. Just summoning this bird adds any of the 4 star birds to your hand, and then lets you normal summon them, activating their effects. Meanwhile, Empen is one of the three boss monsters you’ll want to run, but the only one that’s a true Floowandereeze. It has an effect structure similar to the Monarchs- it’s got effects that trigger for tribute summoning, which locks down your opponent from using any special summoned monster’s effects if it’s in Attack Position.

Similarly, its ability to search for Floowandereeze spells or traps also lets you normal summon a monster without any archetype restrictions, meaning you can go with Barrier Statue of the Wind if you want to do a mean turn 1 lock on your opponent or summon fellow boss monster Raiza The Mega Monarch, especially if you’ve got the Unexplored Winds spell card active and want to sacrifice your opponent’s monsters to trigger his effect. Alternatively, consider Mist Valley Apex Avian for if you want to have a good pocket card for stopping your opponent’s plays. You’ll definitely want to run the Floowandereeze trap card for maximum frustration too- this card lets you summon during your opponent’s turn, meaning any time is a great time to tell your friends to flock off.

As a weakness though, you’ll want to be wary- the deck is annoyingly countered by skill drain, which can rob all your monsters of their effects when used.

While Herald of Ultimateness is banned along with their XYZ support, that doesn’t mean Drytron are out of the running. They’re still an incredibly flexible ritual archetype, and Blue-Eyes Chaox MAX Dragon is still around with even less checks since monsters like Starving Venom Fusion Dragon aren’t around to help remove it.

You’ll want to focus on Drytron Alpha Thuban and Zeta Aldhibah- these are the core of your ritual shenanigans, letting you pull exactly the Ritual monster you need, as well as the ritual spell card to use it. I’d recommend either using Meteonis Drytron or Advanced Ritual Art- Advanced lets you ritual summon from the deck, meaning you’ll get that Chaos MAX out as long as you don’t draw Blue-Eyes by accident, while Meteonis Drytron lets you break the rules of Rituals, using Attack points instead of levels. With Drytrons, your main problems are going to be not bricking your hand. Remember that Drytron cards do come with limitations since they work best with cards that cannot be normal summoned. 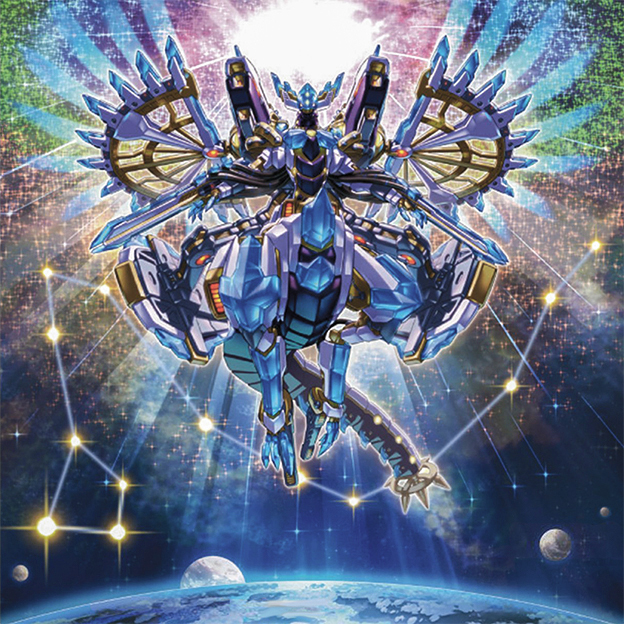 Similarly, the actual Drytron boss monster, Drytron Meteonis Draconis, doesn’t heavily feature in the deck, but you can still use it for some quick and easy removal. Alternatively you can also use Cyber Angel Natasha, letting you protect your Ritual Monsters from attacks.

As always, you’ll want to be careful of handtraps- all that deck searching means you can easily be Ash Blossomed, and all that special summoning means looking out for Maxx C or Empen.

True Draco? Always Has Been

The king of almost every event, True Draco are an amazing control deck that’s also cost effective. They’ve abandoned the world of activating spell and trap cards from your hand- instead, the key monsters of this archetype can activate their effects straight from the deck. Worse still, the cards have their own unique effects activated when they’re sent to the graveyard, targeting monsters or spells for destruction while also getting your favorite cards out.

We’ve covered this deck before, but here’s the basic rundown: Majesty Maiden is an important card for this deck, letting you pull more True Draco cards into your hand in response to your opponent’s shenanigans. Similarly, you’ll want to focus on Dinomight Knight and Ignis Heat- these cards will let you play True Draco Continuous Spells and Traps directly from the deck, which have the aforementioned secondary effects when tributed to summon more True Dracos.

Part of this deck’s strength is its price- none of the viable True Dracos are URs, meaning you could easily craft the cards with minimal complications on your end.

The Extra Zero festival for YuGiOh Master Duel is definitely one of the more interesting events in the game, and these are far from being the only decks for it. After all, Eldlich is still viable, and the newly released Adventurer Archetype can easily be splashed into any deck for a free negate.