Welcome (back) onboard Rhodes Island, amnesiac Doctors all around the world, to Arknights! This guide is more for the benefit of newer players who’ve been wondering about friends wailing over No Sanity memes and/or possibly Contingency Contract, but who knows, there might be some things even veterans might have taken for granted. 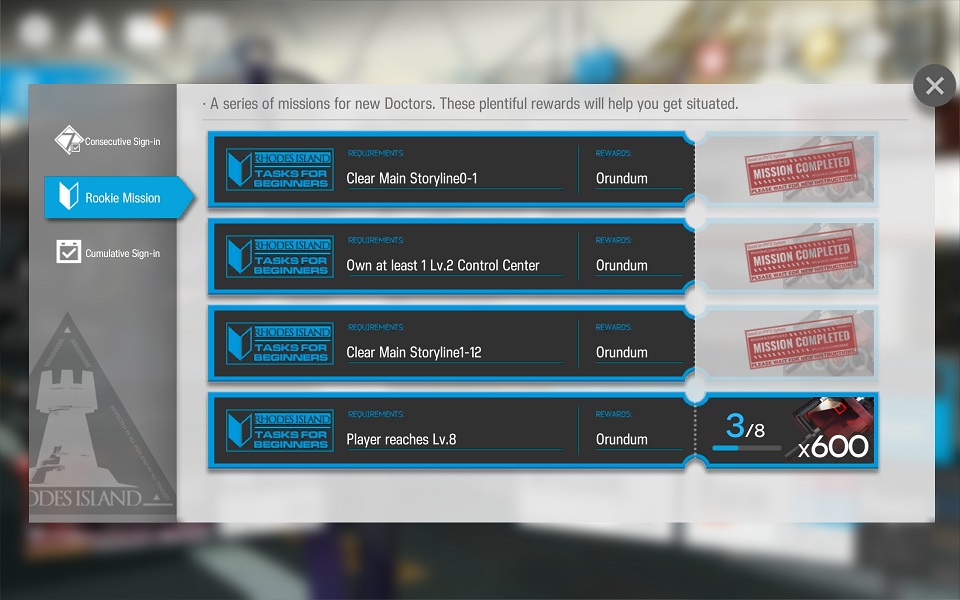 Needless to say, there’s plenty to gain from completing the beginner missions for a host of valuable materials. Orundum is the gacha currency used in Headhunting: 600x for a single roll, and 6000 for a 10-roll. The first 10-roll in the Newbie’s Headhunting will guarantee at least one 6-star Operator (multiple 6-stars are possible), and the banner will allow you to do 21 rolls total at a discount (3800 to 6000). This banner will not go away, so if you rather keep your Orundum for another banner, that is also possible. Also keep in mind that the Newbie banner has a limited pool of Operators.

If you want to reroll in this Newbie Headhunting, all of them have their niche and are all powerful in their own right once they hit their Elite 2 promotion, but for fresh accounts, these are the 6-star Operators you can get:

The second 10-pull will guarantee at least one 5-star Operator, so here are some of the more noteworthy Operators: 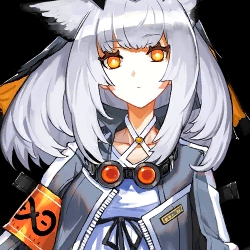 To fully upgrade your base’s Control Center to open up the rest of the base, you need to clear until story chapter 4-7 for the Keel item. It’ll take a little bit for sure, and you’ll need the materials to upgrade the rooms anyway so you can somewhat take it easy. Do at least get it upgraded to unlock the Reception Room and the Office.

The reception room will help you earn more Credits for the shop, where you can buy 4-star Operators – Courier, Gavial and Dur-nar – who are all good units in their own right. Clues you generate and ones that friends give you will help you open up a Clue Exchange for 24 hours that will provide a flat rate of 210 credits. Remember that you can only keep a maximum of 300 credits per day, so check back in case you accidentally overflow. Visiting friends will also provide 30 credits.

You would often see a layout that would be:

This layout helps you bank up the EXP for your Operators. Most players generally find that you would be farming LMD regardless, so this helps with minimizing your need to farm for EXP. You can unlock the option to trade for Orundum instead, but the resources used would prevent you from levelling up your Operators’ skills, and is generally not recommended.

Having Operators in the Control Center will help increase Trading Post efficiency as well as reduce Morale use, but unless an Operator specifically has increased Morale consumption, each Operator will have enough Morale to last until the next day so it’s not very necessary. When selecting who to place in a facility, the game will automatically have the Operators with the relevant Base skills on the left so you can throw them in.

Remember to also assign RIIC assistants to build up Trust with Operators as assistants can have Trust increased twice a day. Trust increases stats up to a 100% Trust maximum, as well as unlocks furniture – for even more dorm Ambience – depending on which faction they belong to. Operators in facilities can gain Trust with every daily reset. You can have them occupy a facility even if they don’t do anything to boost their Trust too.

Levelling up the Command Center also opens up more of your Friend Support slots, up to 3. The first can only have up to a 5-star Operator, while the other two slots can be 6-star Operators.

The Training Room is where you can further invest in Skill Mastery, once an Operator has reached skill level 7. These tend to be left for later as the material cost often matches getting an Operator to Elite 2.

Raise your 3-star Operators (even your 2-star ones)! They may not be able to reach Elite 2 promotion, but in exchange, at max level they will improve their Talent. They’re also the easiest to raise being low rarity, not requiring the various Chips whose maps rotate in and out daily. Levelling them up also unlocks either new Base Skills or upgraded ones, like every other Operator.

Go through the story to obtain Originite Prime, a precious resource you can use to refresh Sanity, or exchange to Orundum. You’d also want to run the story to open up maps to farm materials anyway. Challenge modes of maps, that impose additional difficulties to the same maps, provide additional Originite on clearing it for the first time, as well as one-off furniture for certain maps.

Most maps will only deduct 1 Sanity if you retreat, but Challenge maps will take half of the Sanity cost. To avoid losing too much, you can use the Drill Plans to practice your strategy – 1 for Normal, 3 for Challenge. Alternatively, look up guides. It’s not a bad idea to just clear a map first using a Friend Support, which does not unlock Auto Deploy, just to get it done. Friend Supports scale according to your highest level Operator, so having a 4-star Elite 2 unit is not a bad idea just so that you can access your friend’s Elite 2 6-star Operator. It is cost-efficient to level up Elite 2 units up to at least level 40.

Another key component of progression will be the Annihilation stages. Every week, you can earn up to a maximum 1700 Orundum for your Headhunting funds. Most would work to clear Annihilation 3 only once as the increased Orundum cap is not that significant and it takes longer to clear compared to 2. Unlock the rewards from Annihilation 3, then farm Annihilation 2. If you find yourself just a little bit short from maxing Orundum for the week, you can run an Annihilation map and quit every 100 kills as necessary as it will partially refund Sanity inversely proportional to kills.

It is recommended to raise your “core” team of 12 Operators – a full Squad – first before you work on others to avoid spreading your resources too thin. Sanity only recovers every 6 minutes, so you’d like to maximize every point. When you level up, you can purchase the level up packs in the shop for additional materials, up to level 70. There are both free packs and those you can purchase with Originite.

Raising Potential of Operators is not incredibly important unless you are min-maxing your 6-stars. 3-star and 4-star Operators are easy enough to raise, so you don’t need to buy the Tokens you see in the shop. When you’ve upgraded enough units, remember to go back to redo old maps for new Auto Deploy formations for efficiency and to ensure it doesn’t fail when it tries to run your old formation.

If you’re able, try for the guaranteed 5-star and above in every new Headhunting banner. Solos are fine.

HOW TO GIT GUD?

This is, unfortunately or otherwise, acquired practice. A general squad composition would usually consist of:

Trying out a map will reveal the enemies that will appear (Enemy Intelligence), up till the point of failure – so that you can better prepare for next time – or clearing it completely. You can also check out the map layout before you enter to get an idea of what to bring.

Knowing your Operator’s range of effectiveness is key, as well as deployment order – enemies will attack the last placed Operator – and of course, skill timing usage. You can use Operators to also push enemies into range of another, like how Fast Redeploy Specialists like Projekt Red or Gravel can be used for.

With all that said and done, it’s best to try it out for yourselves. When following guides, it’s good to understand why a particular unit might be used, learning their niche and talents to find out who’s the best one for the job.

Good luck, Doctors. Rhodes is counting on you.