With YuGiOh Master Duel bringing out the N/R Festival to promote lesser used cards, we’ve prepared a list of some universally great cards for your decks to make the best of the upcoming event.

The event sees a total ban on SR/UR cards in YuGiOh Master Duel- taking away many cards including community hot topic Ash Blossom, as well as other popular handtraps.

Admittedly, it’s not exactly easy- YuGiOh Master Duel ranked the rarity of cards based on their usability a lot of the time, so it’s about making the most of cards even if they’re not up to a typical meta standard.

With that aside, here are some great N/R cards for your decks in YuGiOh Master Duel: While being a regular trap card may slow it down in regular format, Torrential Tribute should see a lot of play in the N/R format thanks to the fact that it’s a great way to slow down your opponent’s play.

As long as your opponent doesn’t have the tools to deal with it after you set it, it’s good to go on your opponent’s turn and can easily dispose of their board without targeting. One warning though, since it also destroys your own monsters, you might wanna save it for when you’re on the back foot unless you have means of getting them back. Another good floodgate, Enemy Controller is a good way to buy yourself some time to stop that lethal blow, or rob your opponent of their valuable monsters. As a quick-play spell card, it’s a lot more versatile than Torrential Tribute- and its two effects mean you won’t have to sacrifice monsters unless you absolutely need to steal something off your opponents board. While two effect monsters might be a little costly depending on your deck, you won’t find as good a use for them as Geonator Transverser. It’s got two arrows, one pointed at your opponent and one at your own monster zone, allowing you to swap monsters around. This card sees great use in OTK decks in regular format, but should also see great use in the N/R festival for YuGiOh Master Duel since it’s the same effect as Enemy Controller. Unlike the other cards which have largely been defensive, expect to see Powercode Talker as the core offense for a lot of decks. With no limitations on the type of monsters, Powercode is a fairly easy summon. It can also run exactly the FTK strategy I’d mentioned earlier, since you can swap one monster out with Geonator, link into Powercode and then activate its own effect to deal up to 4600 damage if you played your cards right. The answer to “how do you intend to fill out your board so quickly”, Parallel Exceed is a great support for any link decks with its multiple effects. The first lets you summon Exceed for free if you’ve already link summoned, while its second gets you another Exceed out of your deck, meaning you’ve already got the materials to make a Geonator Transverser or even Powercode Talker. 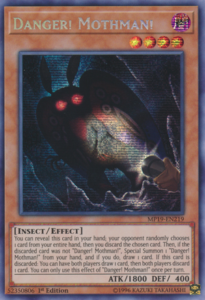 A personal favorite, Mothman is a single-card draw engine that fits with any deck. Activating its effect from your hand forces your opponent to play a guessing game against this cryptid, getting you another free special summon and an additional card if they guess wrong. If they guess right though, you still get the card- though your opponent gets to draw one too. It’s a great tool for Link decks, since the odds are generally in your favor that Mothman will hit the field, though careful not to accidentally give your opponent the card they need, too.

This is far from an exhaustive list of good cards for N/R decks in Yugioh Master Duel, but they have the traits you’d generally want of any similarly good cards. It’s honestly refreshing to see the format so violently shake up how deck building works, especially since self TK decks are going to be banned for this event.