Can you keep Wargreymon when you reboot the adventure?

So you have just survived Digimon Survive. This means you now have access to the Digmon Survive New Game Plus which not only brings over a number of Digimon, and items from your first playthrough but also unlocks a couple of new features as well.

Here’s what you get in the new game plus for Digimon Survive.

In the Digimon Survive new game plus, all of the following will carry over into a new playthrough:

What Does Not Carry Over

Unfortunately, there are a few key gameplay features that will not carry over in a new playthrough.

Digimon Survive’s New Game Plus is further important as it unlocks the final route of the game, known as The “Truthful Route”. You need to have completed one of the previous three routes to be able to reach this one. To Unlock this route, you need to keep Ryo alive beyond chapter 3. You can do this by raising his affinity to at least 30. This is done by spending time with Ryo and agreeing with him as much as you can over the other characters.

If the affinity requirements are met, nearing the end of chapter 3 you’ll be given the split choice prompt “Ryo is in trouble! Do we help?” to which you must answers “of course we’ll help!” which should seal the deal on saving Ryo’s life.

Saving Ryo will then lead to Shuuji being saved from his death in chapter 5, giving you a full party for the truthful route.

There is also a new section of the game unlocked in part 1 of a New Game Plus called Mugen Recollection. This is a gauntlet mode that will allow you to fight waves of different Digimon for a greater challenge. Unfortunately, you cannot recruit any Digimon you meet in this mode.

That summarises everything you’ll get on the Digimon Survive new game plus. Best of luck surviving out there in the Digital World. 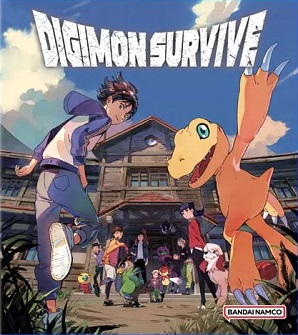 Digimon Survive
Publisher: Bandai Namco Entertainment
Developer: HYDE
Release Date: 2022-07-29
Microsoft Windows, Nintendo Switch, PlayStation 4, Steam, Xbox One
Digimon Survive sees a brand-new group of teenagers, led by Takuma Momozuka, get lost on a school camping trip, finding them transported to a strange new world of monsters and danger. As they fight their way back home through an animated world of difficult decisions and deadly battles, players’ choices throughout the game will impact the evolution of their monster allies, and the final ending. Battles in the game are fought in 2D, in a more classic SRPG style.
Tags: Bandai Namco EntertainmentDigimonDigimon Survive
ShareTweetShareSend
Previous Post

Begin your adventure in Dragon Quest Treasures in Draconia!