One key takeaway I’ve seen from the launch of DNF Duel is of two parts: one, that it is a kusoge (we’ll get to what that is later) and two, it’s incredibly welcoming to new players.

Sporting that signature Arc System Works polish and having overcome many of the issues the game had over its betas, DNF Duel is a great sign of the current state of fighting games- one that’s ready to expand to new players, but also be wild and crazy and it’s own thing.

Your enjoyment of this game is going to largely fall on how you feel about that with DNF Duel- fortunately, as a purveyor of fine Kusoge myself, that makes for an all around great time.

So, the biggest problem I have with DNF Duel is its mobility options. In a lot of ways the game feels like a few steps above Granblue Fantasy Versus- in order to create a game about hard commitment (something I’m sure many of us have been told we’re afraid of by our therapists), your options feel very limited. Your run speed isn’t great, you don’t have an airdash or any kind of double jump, and the game still insists on its cross up-proof barrier despite giving characters universal side switching via the dodge roll.

That being said, it gets around it in an interesting way- character moves have absolutely huge hitboxes. They’re also incredibly freeform with comboing into each other too- you can easily gatling the light, heavy, skill and MP skills into each other, creating some pretty great combos. I’d expect nothing less from 8Ting, they know their stuff.

The only thing limiting the game from being a ToD-fest like Marvel vs Capcom is the game’s mana system- MP moves will consume MP, and the game caps the resource at the start of the round, only increasing it as you use the game’s Conversions (roman cancels) or certain combos to increase the limit. It’s essentially like a level up mechanic and really unconventional- but locking people’s abilities to do more insane combos with the MP cap actually works out really well in the sense that you’re  protected from the more ridiculous combos at first.

And that’s pretty much where the idea that DNF Duel is a kusoge comes from- it bucks a lot of fighting game design trends and creates a wholly new experience. Characters have moves that can feel hardly balanced- and rather than strip it all away, 8Ting very clearly decided the solution was to make sure every character feels broken in its own way. 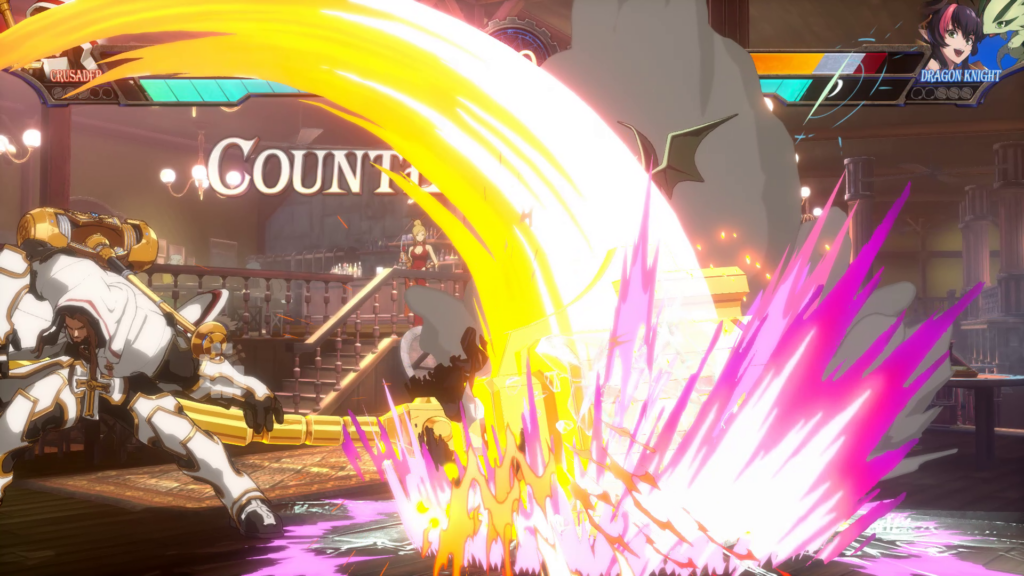 A great example of this would be two characters, the Striker and the Crusader. The striker is an in-your-face rushdown character, and her moves feel like she’s never minus on block. Once you get hit, a good Striker feels like she can lock you down permanently, juggling you. But that’s only if she gets in, after all. On the opposite end of the spectrum is the Crusader. He’s got absolutely huge hitboxes- being able to hit you a decent sized chunk of the screen away. Worse still, one of his MP skills creates a barrier, literally cornering you even if you’ve done your level best to stay out of the corner.

Some might argue against the idea of “everyone’s broken” as a design philosophy but that’s kind of the point- while it’ll never be the mass-adopted doctrine it’s always a riot when one game does go for this route.

One of the most obvious ties between DNF Duel and Granblue Fantasy is how the game handles special move inputs, Special inputs will have tilt controls a la Smash Bros (forwards MP, backwards MP, et cetera), but these versions of the attacks will freeze your MP meter to stop it from gaining MP for a longer period of time. If you want to get your MP back faster, you can do their associated motion inputs (236MP, for example), to get more efficient and optimal plays. I kind of like this integration because rather than feel like a designated easy mode, it becomes a tactical decision- on the micro level, it’s much faster to do down-MP to do your invincible DP than to do the whole Z-motion otherwise. Just like how an EX version of a move in Street Fighter might cost additional resources, it’s still a choice you make when you decide a Hadoken needs a bit of that extra juice to get it going vs the light versions.

It mixes well with the rest of the beginner-friendly approach DNF Duel sports- just because it’s a kusoge doesn’t mean it can’t be welcoming. The screen is full of visual feedback on things like overheads, punishes, Guard Counters and more.

A No Nonsense Lobby 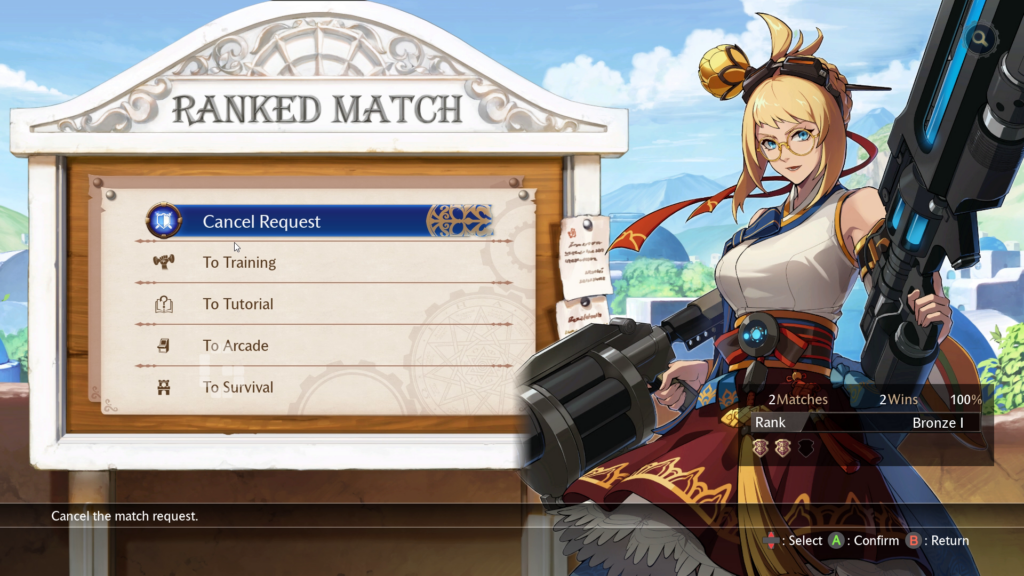 Most surprisingly with DNF Duel is the fact that its lobby system is actually pretty great. If you’re not a fan of the typical ArcSys lobbies, DNF Duel sports a simple menu-based matchmaking- simply hit the matchmake button and wait for your next opponent to show up. Getting in and out of matches feel fast, so it’s absolutely great for learning things the hard way- by losing so much your rank is in peril.

There’s not much to say about the online because that’s the mark of a good online- everything works, period. You can wait for matches while labbing, the matches themselves are smooth thanks to good implementation of rollback netcode, and all the while it’s just refreshing to not need to excuse anything.

The  Seeds Of Volition Brings A New Challenge!

All in all, DNF Duel is a game completely worthy of its success and kusoge status. It’s experimental in a lot of ways that are fun and not cumbersome- in fact, its only real gameplay flaw is more about the movement not being crazy enough, but even that can be argued as being a design decision to not entirely overwhelm new players. Rather than being reviewed entirely on its own, I’m looking at its place among the many fighting games we’d seen released in recent years- because the problem with too many similar fighting games sharing the same design ethos is that they will eventually blend into each other. In that respect DNF Duel is special- it has plenty of wild, wacky things going on but also has a mostly-consistent logic that will ease beginners into the joy of a true kusoge.

That being said, we might run into some trouble further down the line with depth- as is, the rock-paper-scissor elements of the game still seem pretty important, and the omnipotence of the guard button still puts a hamper on just how disgusting you can get with your strategies. In a sense it almost feels like the counterpart to Melty Blood: Type Lumina, which boasted a ton of universal mechanics and great mobility, but felt lacking in individual character flavor.

All that aside,  DNF Duel is a great stepping stone into games that aren’t held back by such sentimentality- maybe, perhaps, even Marvel Vs Capcom 3?