Call of Duty: Vanguard Review – A Shot in the Dark

In this review of Call of Duty: Vanguard, we’ll look at how the World War II first-person shooter fares and what it means for the franchise.

The game is available on PS4, PS5, Xbox One, Xbox Series X|S and PC. This review of Call of Duty: Vanguard is based on my experience playing the game on PC.

This review will be divided into the three main sections of Call of Duty: Vanguard, namely—Campaign, Multiplayer and Zombies. Even though the setting of World War II has been done to death, Vanguard does try to change things up with its narrative approach, placing its 4 main characters at the forefront of the story (and the marketing). We still get to revisit historic battles like D-Day and Midway, but don’t expect the campaign to tread new ground. It’s somewhat disheartening (and boring) that we do not get to visit other less explored battles like the war in China, Yugoslavia or other campaigns.

Despite forcing gamers to revisit the same battlefields that they probably already visited in many other games, it comes as no surprise that this is easily one of the best-looking graphics for a WWII game to date. In particular, the cinematics is remarkable. If you liked how Call of Duty: Modern Warfare (2019) looked, you’ll definitely find Vanguard appealing. As for the characters themselves, most of the story is told through their flashbacks. While I find their performance to be alright, I find the overall structure of the narrative to be rather lacking. At a campaign length of just over 5 hours, the campaign feels even shorter as it divides that duration into 4 different characters.

There are noteworthy and cool moments when playing in the campaign, but for every high, it feels like there’s an equal amount of lows. Polina had the most interesting missions, featuring stealth and sniping, while Wade’s mission that lets you pilot an aeroplane was extremely underwhelming. The ending of the campaign itself felt pretty unfulfilling as it ends without a satisfying conclusion.

Overall, the campaign felt okay. Not bad, but not good, too. The campaigns of older Call of Duty games such as Modern Warfare, Modern Warfare 2 and World at War still feel a lot more impactful and compelling to play through. 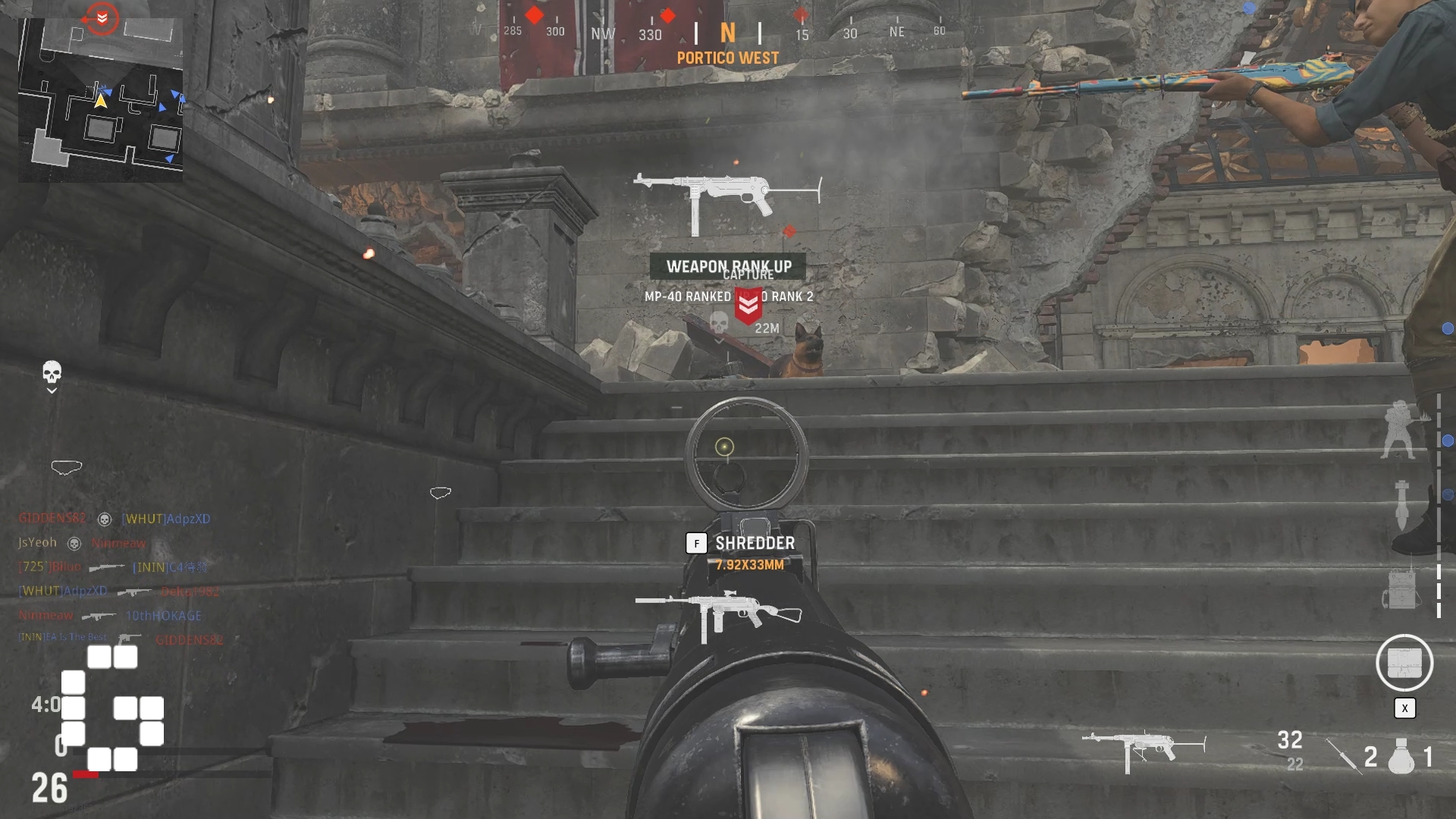 In a similar vein to my review of the game’s campaign, Call of Duty: Vanguard‘s multiplayer also feels like a mixed bag. It’s your usual dose of Call of Duty multiplayer—with many familiar modes and maps that feel rather plain. Don’t go into this game’s multiplayer thinking that it’ll revolutionise anything.

While the new patrol mode is kinda interesting, other new features like combat pacing feel irrelevant, to say the least. Vanguard‘s marketing pushed the idea that the different combat pacings—Tactical, Assault and Blitz, will provide different intensities to each match. However, the game’s TTK (time-to-kill) is so fast, that all combat pacings feel equally intense. Whoever sees their enemy first will usually get the kill. There are a lot fewer moments of “outplaying the other player” in Vanguard.

Note that this doesn’t ruin the experience as much as it sounds—the multiplayer is still fun. You’ll still get your adrenaline rush and satisfy your itching trigger finger from playing Vanguard‘s multiplayer. It’s just that it feels very uninspired—I don’t feel the urge to buy Vanguard for its multiplayer when the three other older Call of Duty games that I own still deliver the same experience. Whereas the campaign and multiplayer of Call of Duty: Vanguard is serviceable, the zombies mode is not. Unfortunately, Vanguard‘s zombies mode is boring—after about an hour of playing it, you’ve practically seen everything the mode has to offer—which doesn’t give much incentive to replay it again.

There lies the core problem of Vanguard‘s zombies—lack of replayability. There is a saying that goes, “if it ain’t broken, don’t fix it”. Yet, the zombies mode of this game tries to change the best parts of Cold War‘s zombies and replace them with underwhelming variations. The way each run works is so repetitive and uninspired. There are no longer any secrets, easter eggs, unlockable areas or anything that make past zombies interesting.

The zombies experience overall feels very barebones and unfinished, which is a shame. Gone were the days of boarding up windows and hanging onto dear life in a house as you pray that you’ll last as long as possible against Nazi zombies—now it’s just another run n’ gun mode with perks and looting. Vanguard isn’t a bad game overall by any means. It’s just that there’s nothing that makes it stand out from the previous Call of Duty games. Anything you’ll experience in Vanguard, you’ll more or less get the same kick from playing Cold War.

There was so much more that the game could do with its WWII setting, but it pains me to say that the game feels more like an ad or DLC for Warzone, with many incentives and bonuses to earn in Warzone from playing Vanguard. I’ll reiterate once again—this isn’t a bad game, but if you already own any Call of Duty title in recent years, there’s not much reason to own Vanguard.

A product that delivers, but doesn't do anything new.