Diablo Immortal Game Director Wyatt Cheng opened up about the fan reception to the mobile game, particularly its turbulent announcement in 2018 to its more optimistic outlook today.

Considering Wyatt Cheng was on stage at the time for the big reveal and took the brunt of the negative reception, he’s surprisingly understanding of the backlash towards Diablo Immortal at the time.

“To be honest I think the turbulent reception at launch, a lot of that had to do with the context at the time”, he says.

He’s got a point- at the time, Diablo III was the only active Diablo game, and many were looking to Blizzcon for a big gameplay reveal for Diablo IV, which hadn’t even been announced at the time 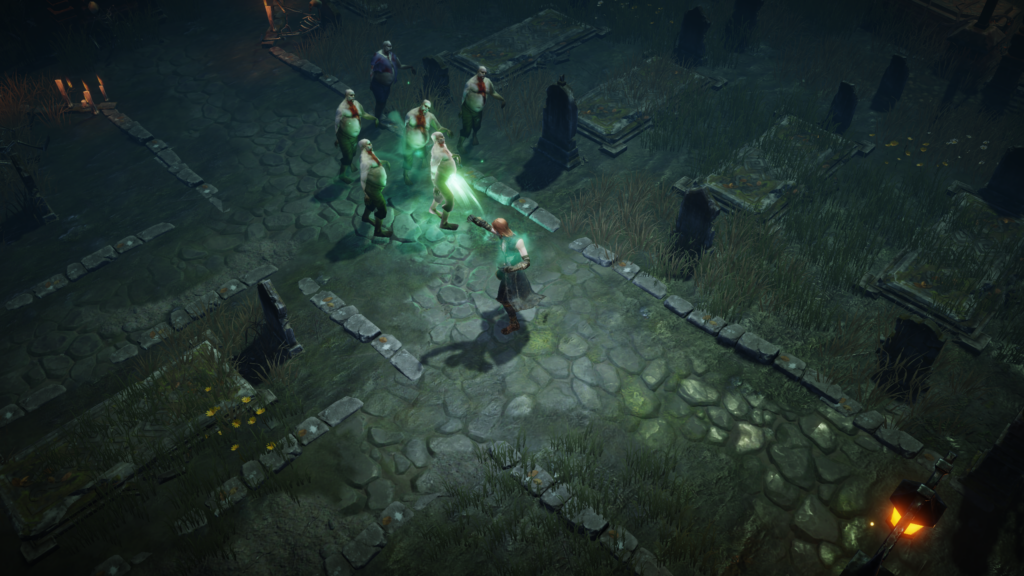 “At the time a lot of people were anticipating Diablo 4 they hadnt heard much Diablo News in a few years. We’re at a point where we’ve got Diablo IV, Diablo II Resurrected, Diablo Immortal is coming and on its way”, Wyatt continues.

According to Wyatt, even members of the community who were at that fateful Blizzcon have started to turn around on Diablo Immortal.

“There’s a ton of excitement around Diablo and all the Diablo games and I just had a content creator, a YouTuber who I saw at Blizzcon 2018, who told me yesterday it is a great time to be a Diablo gamer. He was so happy about everything”.

It wasn’t just YouTubers, though. According to Wyatt, even normal fans enjoyed their time with the game’s technical alpha, chomping at the bit for more of the game.

“We had a Technical alpha late last year. It was the first time that the game was playable by the public. And seeing the reception- it was this overwhelming positivity of people raving how good the game was and they were excited”, Wyatt says.

“It’s easy for us to fast forward a year and now we’re in close beta but back at the time people were saying “what, this game’s ready to ship! Where is it?” I know its because they’re excited for the game. But then you look at how much they’ve added to the game since then. To highlight just a happy moment on the project for me was that first time we were able to see the positive perception”, he adds.

Seeing Wyatt’s comments, he’s got a point. At the end of the day, people just wanted a good Diablo game, and given the circumstances of Blizzcon 2018, a lot of them weren’t open to the idea of that game being Diablo Immortal.

The Diablo Immortal Closed Beta starts today, letting players in select regions test out the newest changes to the upcoming mobile game. You can read more about the features coming to the game including its new playable class over here.

Apex Legends Season 11 Preview and Interview – Can You Escape The Storm?

Apex Legends Season 11 Preview and Interview - Can You Escape The Storm?