This is not how a revival should go

So, Black Stella: Inferno is a revival of a previously cancelled project. There’s no “nice” way to really put this: the game is janky at best. It’s a multiplayer game too, and I’m afraid the first impressions aren’t very good.

I really like the music. I was so absorbed in listening to the presumably jazz-leaning soundtrack that I didn’t notice people trying to get my attention. Unfortunately, I can’t extend similar immersion for much of how it looks. The story isn’t fully voiced which isn’t that surprising. The characters’ 2D art is at the top of the screen, and the text scrolls downwards, as this is a vertical-play game. It does have a nice style, and I somewhat wish they stayed with the 2D art instead of making the move to 3D. They’re fine, all things considered. However, the characters just look so plain. I’ll get more into this as this is somewhat a game mechanic / system. The UI feels both clean and cluttered, the latter I think it’s because of the vertical layout. Some of the text can be hard to read, and as is, I’m not the greatest at reading Japanese. The “combat” screen is fine, just that the models and latency is just not great.

All these words to say that overall, it’s kinda middling.

I have no idea if it’s the game servers being funny or it’s designed that way, but I got thrown immediately into the necessary menus and then let loose. Like, I didn’t see any story, no idea if I had to make some selection besides entering my player name and boom! So much for speedrunning tutorials? Units have a base level cap and don’t get EXP in battle so you will need to get the material to feed them. Parameters you can improve include their level cap, skill level, and plus marks (requiring shards from dupes). Additionally, you can unlock outfits for your characters. I’m assuming these have stats or different effects, since as far as I can guess, more outfit pieces are obtained from the gacha, when you get a higher base rarity version of a character.

The basic gameplay is you and 2 others team up to clear waves of enemies, so I got conned into playing not-Arknights for the second time this year. You bring up to 8 units to a team: 4 each for ground and high tiles. Naturally, each have their own skills and costs. Your pals can drop characters in their own time, but I’m honestly not sure if they have their own replenishing cost or you share one. The three of you can also choose to fire off skills in a combo, though god knows what it actually does, and it pauses the game to let others to use them. 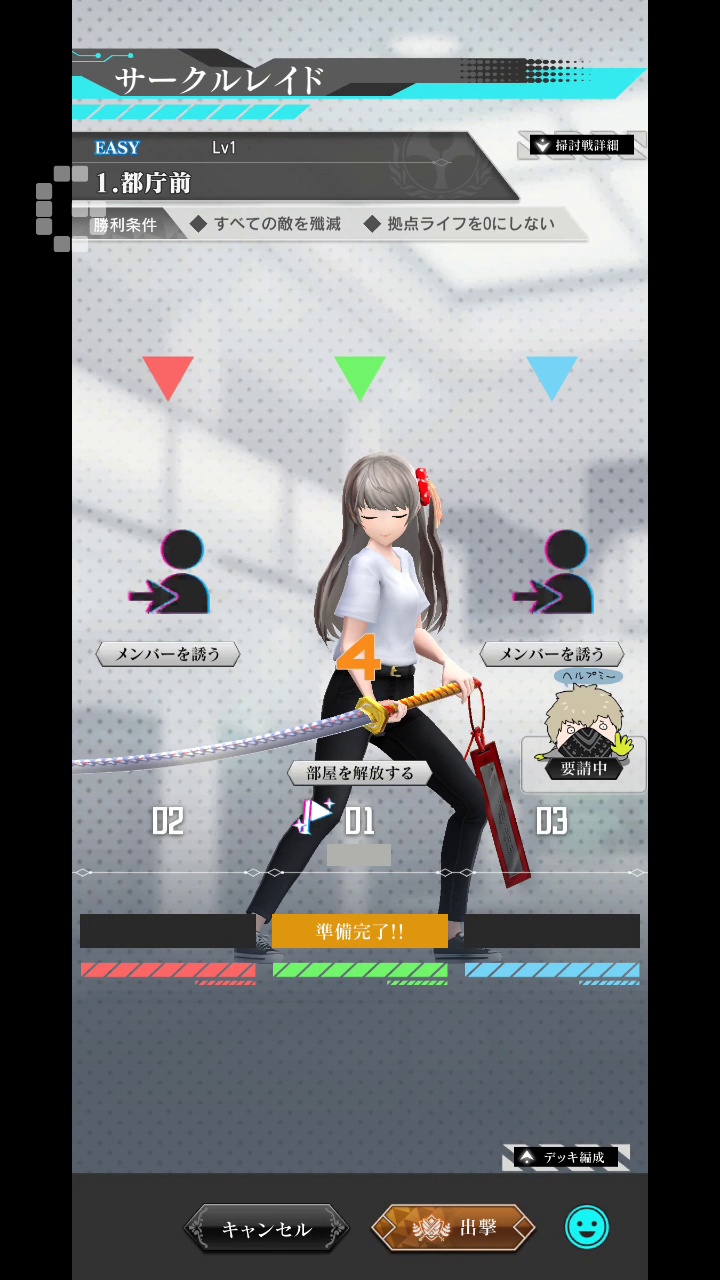 As far as I can tell, it’s multiplayer only, and it’s just not good. Besides getting into a room, the lag and not very smooth controls – even if it’s just tap and place – does not make it enjoyable. The “solo” option is just you opening up a room and starting right away, but it’s not recommended as you won’t be able to afford units if you just drop your most powerful one immediately, with cost filling up somewhat slowly. If there’s a solo mode, it was not clear to me. At 3% base 3-star rates and a spark system at 200 pulls, it’s somewhat average. There’s an in-built reroll system too which does not appear to have a rigged result, so you can keep trying for at least one 5-star unit, which is the highest base rarity.

In its current state, I can’t recommend the game. It doesn’t feel great to play, and in trying to sell characters / their outfits, they don’t have a good first impression? I don’t know; it’s missing something, and uncharitable views could say that there was a reason the project was cancelled before.

At the very least, they’ve got really good music though.