Balan Wonderworld has pulled back the curtain just a little more, showing off more new areas for the upcoming 3D platformer ahead of its March 26th release date.

These are the final 3 new areas in Balan Wonderworld, making up chapters 10-12 respectively. Each one features a new character whose heart you’re saving, complete with their own backstory and costumes available to handle the unique challenges of each stage. 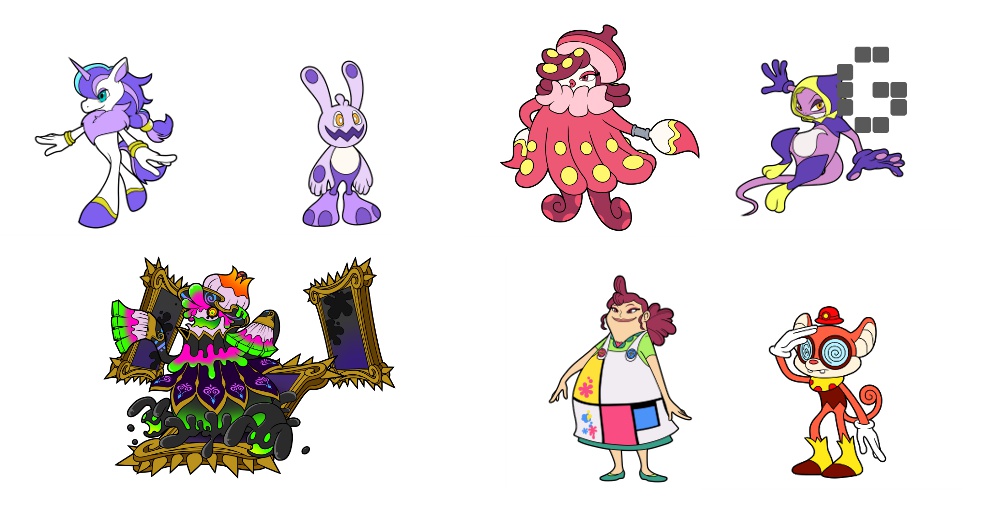 The first of these is Chapter 10, The Artist With Painter’s Block. This chapter introduces Lucy Wong, an artist who enjoyed making paintings for everyone. However, one day she ran out of ideas on what to paint, making her upset because she’d fallen into a slump.

As with other new areas in Balan Wonderworld, this world comes with its own costumes, built around the stage’s gimmicks. These include Inky Blaster, who can fire paint at canvasses, as well as Sneaky Lizard, who can leap towards edges. There’s also Air Unicorn, which lets players walk on air for a short period of time, as well as Double Trouble, who can exit its own body and be immune to damage. Finally there’s X-Ray Ape, who can see otherwise hidden objects to interact with.

Inkabelle is the name of this world’s boss, and is a giant squid-like creature created from Lucy’s negative emotions. Players will have to avoid her thrown picture frames if they want to beat her. Chapter 11 is titled The Firefighter Who Longs To Be A Hero, and follows the story of Eis Glover, a firefighter who’s afraid of fire. His stage is full of fire hazards, along with lava floors and bent ladders that you’ll have to be able to navigate to get to the area boss, the Hydrac. Like the other bosses, it embodies all of Eis’ negative emotions.

This stage also has its own host of costumes, such as Water Blaster, who can freeze lava to traverse platforms. There’s also Bulldozer, who interacts with the blocks in the stage and Ladderman, who can deploy ladders to get to hard-to-reach spots. There’s also Key Mouse, who bypasses the need to use keys for costume crystals, as well as Flame Blaster, who can shoot projectiles as well as resist the fire hazards on the stage. The final costume is Iron Apollo, who can launch itself like a rocket, destroying blocks above it. The final one of the game’s 12 chapters is called The Man Seen By No One, and is about Bruce Stone. Bruce picks up rubbish all around town, hoping for a better town. Yet instead, there always seems to be more rubbish to pick up, throwing him into despair. His area boss is Hooverton, who sucks up platforms and hurls debris at you when you try to stop it.

Jolt Tiger is one of the offense-based costumes in this stage, and rewards you for standing still by having it build an aura of electricty when it stays still. There’s also Vacuum Blaster, who can suck up enemies and hurl them back to damage enemies. Invisible Man is one of the more challenging costumes in the game, periodically turning invisible. While invisible, you’ll be undetectable by enemies. The final two costumes are the Fixer-Upper, who can fix broken parts of the stage as well as Sunwalker, who only allows time to move as long as it is moving, too.

These are the final 3 new areas in Balan Wonderworld, though there’s still always a possibility the game will have some sort of curveball that Square Enix is keeping under wraps for now. Balan Wonderworld will be out March 26th on all major consoles. You can read our impressions of the game’s demo here.