by Ben
in All, Gadgets, Reviews
Reading Time: 4 mins read 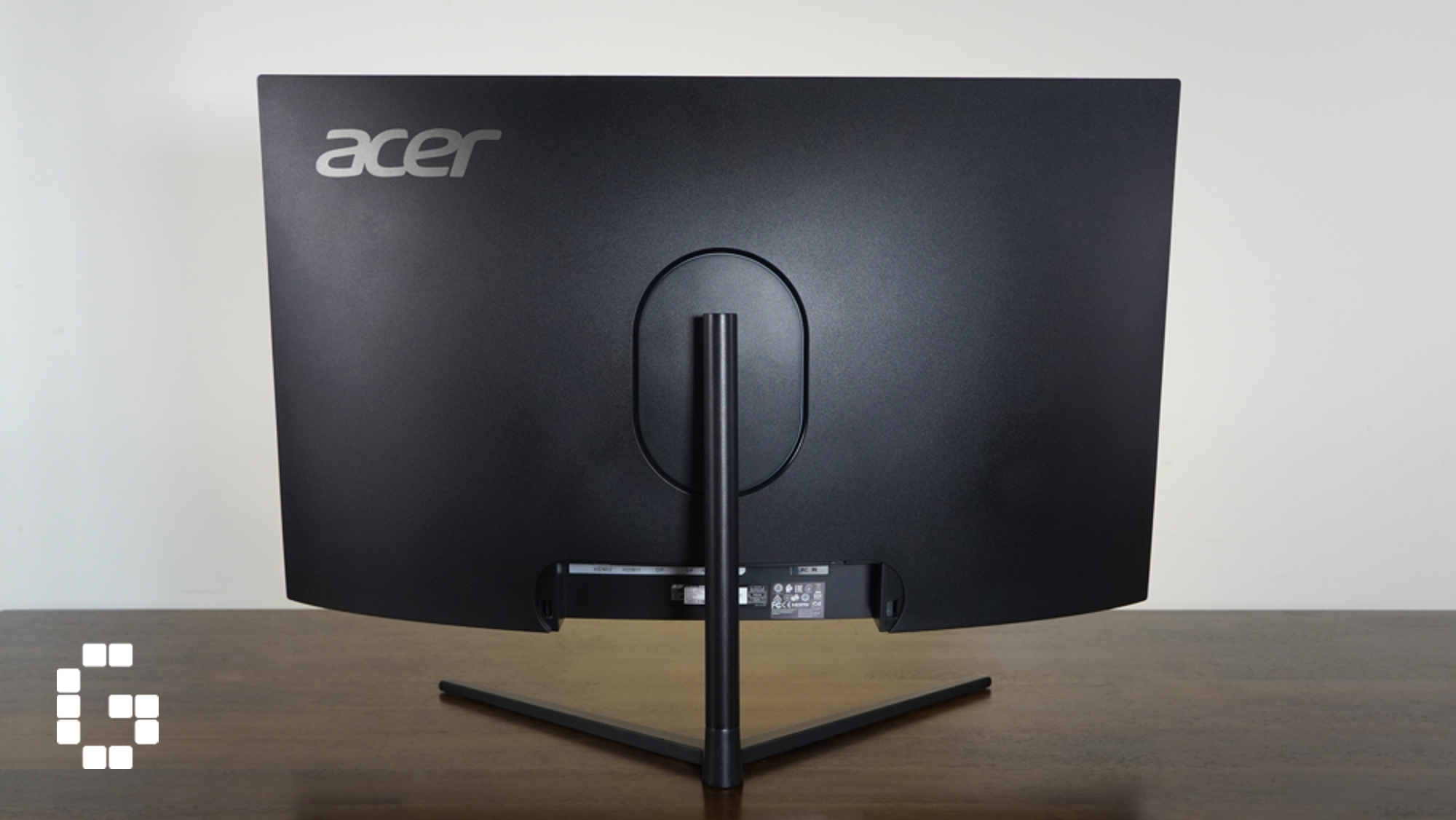 Compared to the 28-inch Predator X28, the Acer EI322QUR’s 31.5-inch screen is noticeably larger, comparable to the size of a small TV. The Acer EI322QUR also features a curved screen with a radius of 150 cm. Everything on-screen will fit snugly within your field of vision when you’re sitting in front of it.

Despite its size, the monitor is surprisingly stable and actually doesn’t take up that much desk space. Its two legs which serve as a base may seem fragile at first glance, but they’re very rigid.

As for the bezels, they’re really thin. It’s hard to notice the bezels unless you’re looking at the edge of the monitor closely. The bottom bezel is the exception to this, as with most monitors. In terms of adjustment, there’s very little you can do with the Acer EI322QUR. You can only tilt the monitor 15° up and 5° down. The monitor does not allow for horizontal adjustment or swivelling. If you only plan to use this as your main monitor, this shouldn’t pose an issue, but if you have a complicated gaming setup with multiple monitors, it probably wouldn’t be a good pick.

You can connect to the monitor through either DisplayPort 1.4 or HDMI 2.0 ports at the bottom of the screen, of which there are 2 each. There’s also an audio jack for your headset. As a result, the visual quality is average. My experience watching videos or movies on the Acer EI322QUR for this review feels comparable to watching 1080p videos on a 14-inch laptop screen. If it’s 3840 x 2160 like the Predator X28, it’ll be a lot better. As it stands, the display isn’t the best for a movie binge. I’m not saying it’s bad or unwatchable—just don’t expect to go “wow” from the immersion.

However, for gaming, the display manages to deliver. The refresh rate of the screen is 165 Hz (with DisplayPort 1.4) and 144 Hz (with HDMI 2.0). Overall, it’s smooth and feels good. Having played a few rounds of Apex Legends on it, I can safely say that it’s great. If your priority is purely gameplay, the Acer EI322QUR gets the job done. If you want next-level immersion, it may not be the best choice. There’s nothing to write home about here. Even at maximum volume, the audio is still soft. Don’t expect to be able to tell exactly what direction certain sounds come from.

Understandably, this is a monitor after all. Having speakers of questionable audio quality is like the industry standard. As always, get a headset or a proper soundbar for quality sound. The Acer EI322QUR also doesn’t exactly deliver in this department. You can set up 3 different kinds of crosshairs on the screen, but that’s about it. You can’t adjust or customise anything about them. They’re all white and fixed to the centre of the screen.

Similarly, for the OSD settings, there’s also not much to play with. You can choose between different viewing modes and other options, but there’s nothing too in-depth. You can adjust the OSD settings with the 5 buttons sticking underneath on the right side of the monitor, but they’re rather clunky to use. Pressing one of these buttons results in the whole monitor moving upwards. That’s all for this Acer EI322QUR  review. For a 31.5-inch monitor priced at 449.99 USD, the monitor is an affordable choice for gamers who want a large display. It doesn’t provide the best visual quality or immersion, but the good refresh rate and large screen size mean that it’ll guarantee you a smooth gaming session.

If you want a better gaming monitor, definitely check out the Predator X28. If you want something half of its 999.99 USD price, the Acer EI322QUR monitor is for you. You can head to its product page to learn more.