by CeeZee
in All, Industry, Interview, News, PC, PS4
Share on FacebookShare on TwitterShare on TelegramShare on Whatsapp

It was like any other day until we got to interview the CEO of Metronomik, Wan Hazmer. Again, we had the pleasure to meet him despite his busy schedule making games for the community. Thanks to him sparing us his time, we were able to get some juicy news about his vision and mission of his new found company in Malaysia. We also got some insights of what he’s currently making as well!

Wan Hazmer is our very own Malaysian bred game developer who has worked with Square Enix, Japan; who’s also involved with the making of Final Fantasy XV. Back in 2016, we were privileged to have interviewed him prior to the release of the game. Now, we’re back again with him to find out what is he cooking with his team in the office.

With his new found team along with his wife Rie, they have created Metronomik in Malaysia with the help of MDEC (Malaysia Digital Economy Corporation). Raised and settled in the Komune, Bangsar South, he and his team got real comfortable in their place doing what they love. You can see that from their activities on their Metronomik Facebook page as well!

However his ambition in setting up Metronomik in Malaysia is more than just making great games. He has a noble aspiration to give back to the community by setting up a primary and secondary school. Not a school to teach about game developing but a school that cultivates creative and critical thinking. In our long history of school, we all did come to agree that we have been taught to study just to pass our examinations. We were never allowed to explore and express our creativity in school. Thus his aim to erect a primary and secondary school in the future to help cultivate the creative and critical thinking of our talent rich society.

Metronomik, nested in Komune, Bangsar South, is a team of young creative minds along with CEO Wan Hazmer that aims to bring in new life to the Malaysian game industry. To do that, Wan Hazmer and his team are dedicated to create their own original IP game, one game per year. His mission in setting up his company in Malaysia is also to set a direction for game developers in Malaysia to bring a fresh perspective with his experience in making AAA games. With the name Metronomik derived from the musical tool, metronome, it is to bring relevance to the kind of games that Metronomik does which are related to music.

“We all know, Wan Hazmer, lead game designer of Final Fantasy XV, right? But Wan Hazmer has a comfort of a 300 man team working with him, but can he make a game by himself?” said Wan Hazmer, CEO of Metronomik

Ever since Wan Hazmer found his own team, the game that he had envisioned for years has become many times better which makes him really proud to have his team. Though Metronomik is working diligently to bring their first game to life, Wan Hazmer is also a man that puts importance in work-life balance. Unlike the culture in Japan, OT (overtime) is common there and it’s also pretty common in our country as well. However he prefers to keep that work-life balance and cultivate that in his team now that he has control of that in Malaysia. He actually has a bell on his desk and rings it when it’s 7pm to shoo everyone out of the office!

Like every company, they all have meetings. But unlike normal meetings, Metronomik does it differently. They call it Sprint Meetings which they have every two weeks on Wednesdays. It’s called Sprint because it’s quick and precise – straight to the point, where during meetings they showcase all their artworks and rate on the credibility of certain features that they had discussed. That way, they pretty much saved plenty of time as they focus on the essentials.

Check out some of the work they have come up with so far: 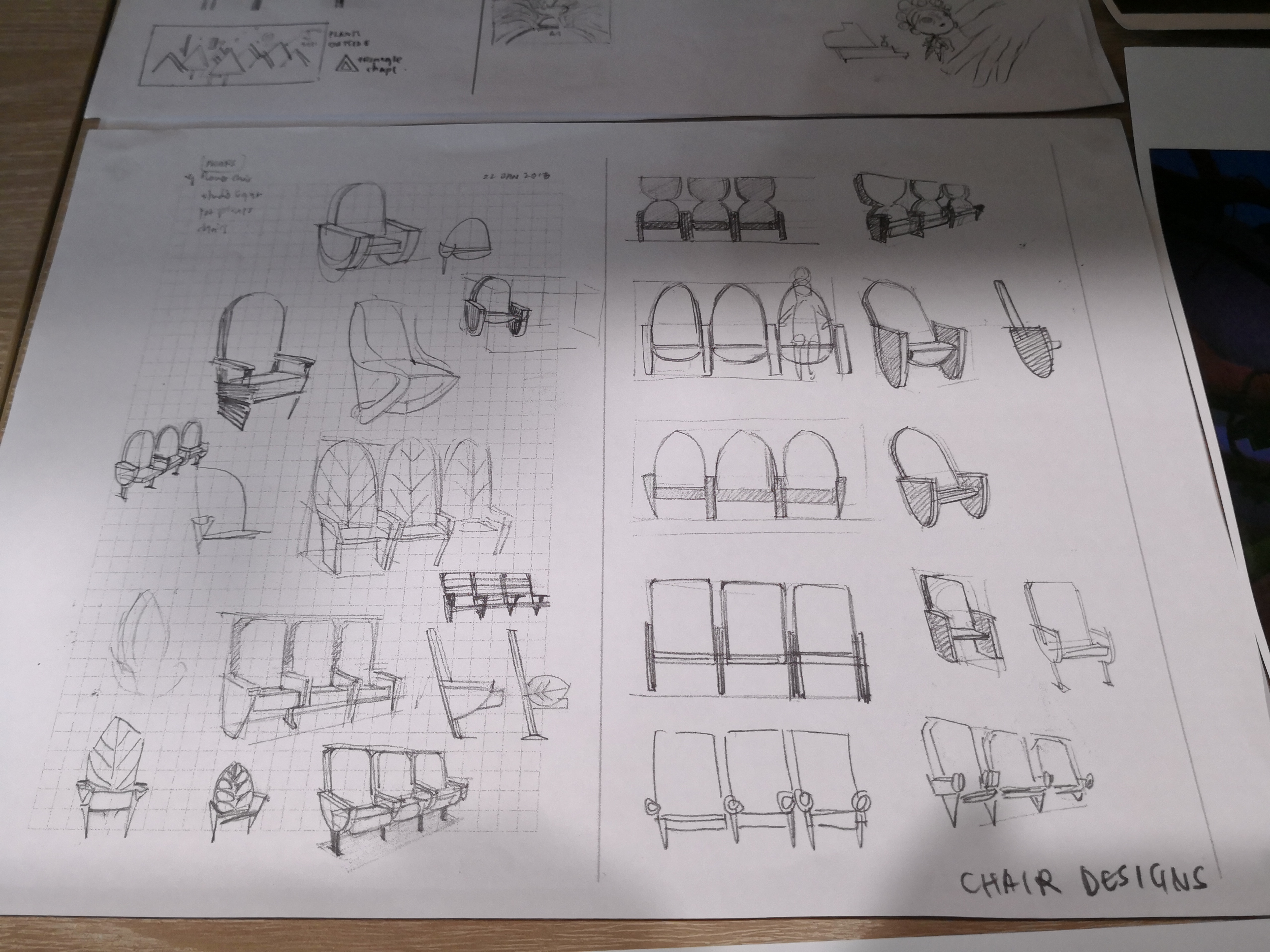 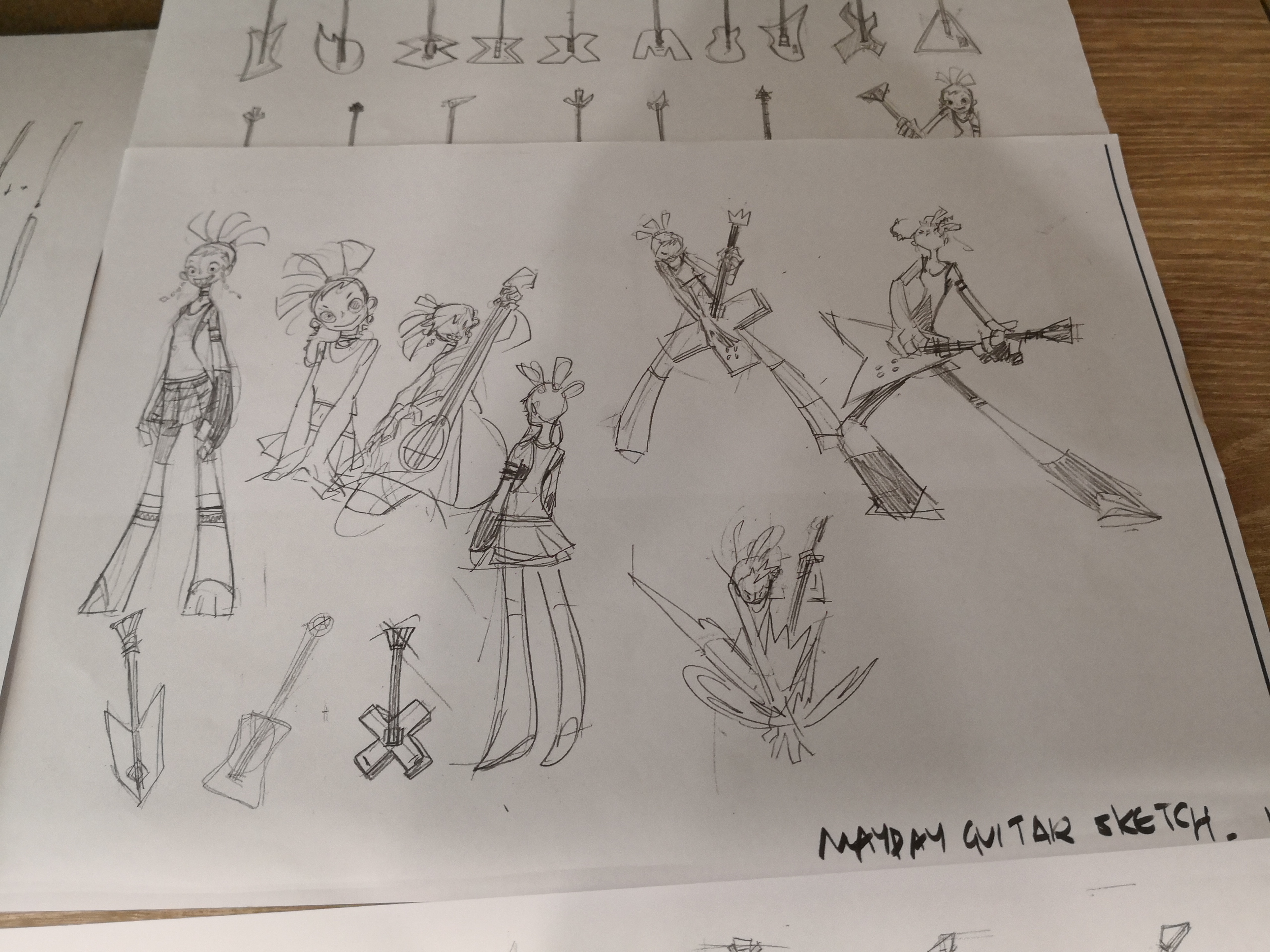 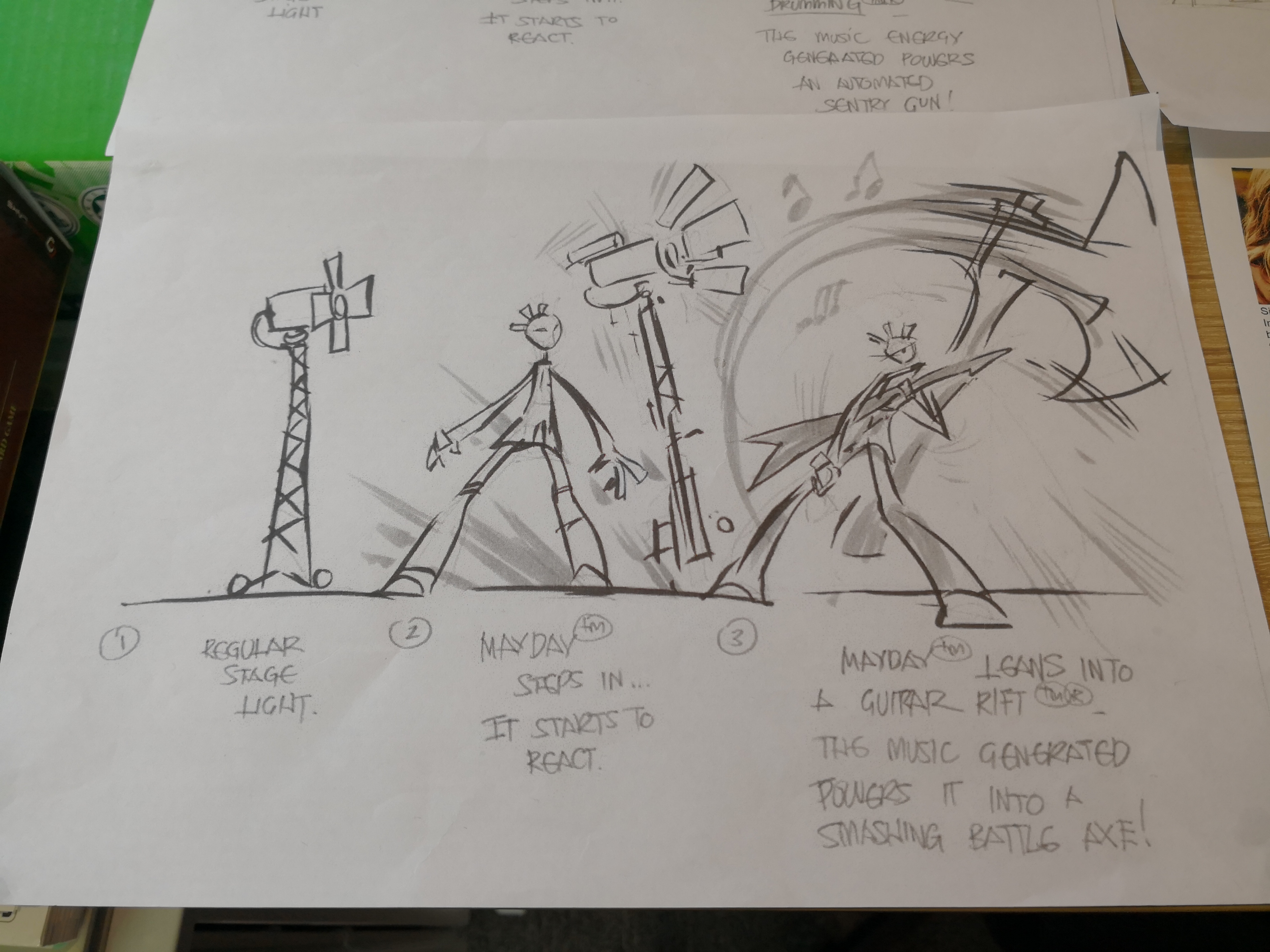 Since Wan Hazmer was a former employee of Square Enix, he’s also very good friends with Hajime Tabata. They still do keep in touch which brings us to a possible collaboration with Square Enix in the future. That’d be something we’d like to see where two different cultures merge.

No Straight Roads, is the title of the game in the making by Metronomik! Yes we have gotten the name and some details about the game as well. Previously as mentioned in an article of ours, he mentioned that he’s looking to integrate music with gameplay that everyone can enjoy. One cool feature that we were let in is the music which will change dependent on the Boss’ HP; which we will talk about more later.

The game’s story revolves around an indie rock band where players control them to battle against the rising and dominant EDM (Electronic Dance Music) group. While you control the rock band, the theme of the music will of course be of the Rock genre. However the music changes when nearing a boss. You’d be able to hear the EDM music amplified as you get closer to the boss of the area.

As players battle against a boss, more rock music instruments will be heard which indicates the player’s dominance over the boss. When the Rock music is completely dominating the battle and EDM is completely unheard, that should mean the boss is defeated. But that’s not the end of it as there will be a final form of the boss too which will revive along with EDM playing in the background.

Being an original IP and the first game by Metronomik, it features really cool music elements and it’s made with Unreal Engine. The theme of the game was said to be based on a common theme and one might suggest that it’s about “Changing the World”. As an entertainment product, Wan Hazmer aims to develop a game that is relevant to the public whether its targeted to gamers or music enthusiast. We can expect a demo which could be ready around the end of April. The demo will feature a boss fight which we will be able to experience the music features that I’ve mentioned earlier. As for now, the game is slated to be released for PC and PS4.

Forming his own studio in Malaysia is not the only thing that was in his mind. When he first decided and told Final Fantasy XV director, Hajime Tabata, 5 years ago that he would take everything he had learnt to set up his company in Malaysia, Wan Hazmer wishes to help Malaysia build the creative industry as much as he can. He mentioned that Malaysia is a unique country with a diverse culture. With the diversity of cultures each with its own uniqueness, he aims to use it as a form of “weapon” to impart in games.

With MDEC (Malaysia Digital Economy Corporation) supporting rising and new game developers, Wan Hazmer also would like to help the creative industry by setting up an R&D Culture Lab. Because we see so many cultures in games, it’s also a good way for us to impart some of our cultures in our games to let the world learn about us through games.

Through the R&D Culture Lab, the research will find answers to:

By answering both of these questions, this could help the creative industry market our culture overseas through entertainment.

As mentioned in the earlier paragraphs, he also plans to open his own primary and secondary schools. Though he has never mentioned this to anyone else, we now know that he has been working with educational institutions like KDU to provide talks on User Experience and also to improve the syllabus by including creative thinking into the syllabus.

His plans to erect primary and secondary schools are aimed to:

This could also set to be a role model for other schools to implement creative thinking in syllabuses instead of a linear syllabus.

Drops of Wisdom by Wan Hazmer

Are you a growing game developer in Malaysia? Ever wanted to start up your very own game developing company in Malaysia? Take it from someone who’s been there and done that! We were able to squeeze these out of him in these short but wise advises:

And with that, we ended the interview with a picture together!