Squirrel Girl is the next hero coming to Marvel Super War, according to their official Facebook page. Not many details were given about the upcoming release. Mainly, she’s a Tank-class character.. That’s not going to stop us from speculating, so here’s what we know about the Unbeatable Squirrel Girl:

Similar to other animal-themed superheroes, she has powers based on a squirrel. This includes standard abilities like enhanced reflexes, as well as her signature prehensile tail.

She also has super strength, all the better for punching other members of the Marvel Universe. Did we mention that she’s defeated Galactus, Thanos AND Doctor Doom? On top of that, she has a comic series all about her adventures with the rest of the Marvel Roster, too. 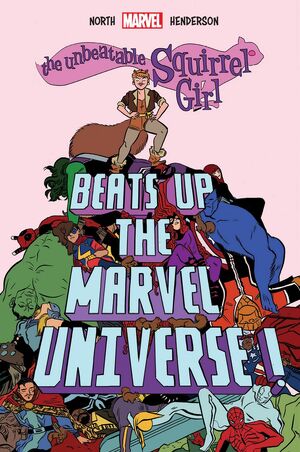 Of course, every hero needs a sidekick, and the only ones who can keep up with her are her squirrels. She can communicate with these squirrels via “Squirrelese”, and instructs them to do things from chewing circuitry, as well as coordinating attacks on Latverian Dictators.

We’ll stay tuned for more details on the Unbeatable Squirrel Girl, as she makes her way into Marve Super War. She’s an interesting choice for a tank, and we can only wait to see how her abilities are implemented.

MARVEL Super War
Publisher: Netease
Developer: Netease
Release Date: 2019-12-19
Android, iOS
Marvel's first MOBA game on mobile! Marvel and NetEase Games have teamed up to deliver the most dynamic, eye-popping and faithful recreation of the Marvel Universe on the small screen. Get ready to explore more possibilities and experience the action like never before!
Give us some support by subscribing to our Youtube Channel !
Tags: MARVEL Super War
Previous Post