The official Pokemon Youtube channel has just released a new trailer for Pokemon Scarlet and Pokemon Violet titled “Seek Your Treasure!” which features the game’s troublemaker group Team Star, a new crab pokemon called Klawf, and hints us that the game might potentially be an open-world game.

For Pokemon Scarlet and Pokemon Violet, you the trainer enrolls in a school has hosted a special independent study project and the theme of this assignment is “A Treasure Hunt!” In the trailer, we got a glimpse at the game’s new “villain” group who are dubbed for being the school’s troublemakers – Team Star who all brand what seems to be a motorcycle helmet as well as having star-shaped sunglasses. Team Star was formed by the school’s most rebellious students and is made up of several squads. Each squad is led by its own boss, each with their own base scattered across the Paldea region. These class-cutting delinquents cause trouble for all those around them, disturbing the peace and using pushy recruitment tactics. We also got to see one of Team’s Star Fire crew (Schedar Squad) boss Mela, who boasts a fiery personality along with some equally fiery team. 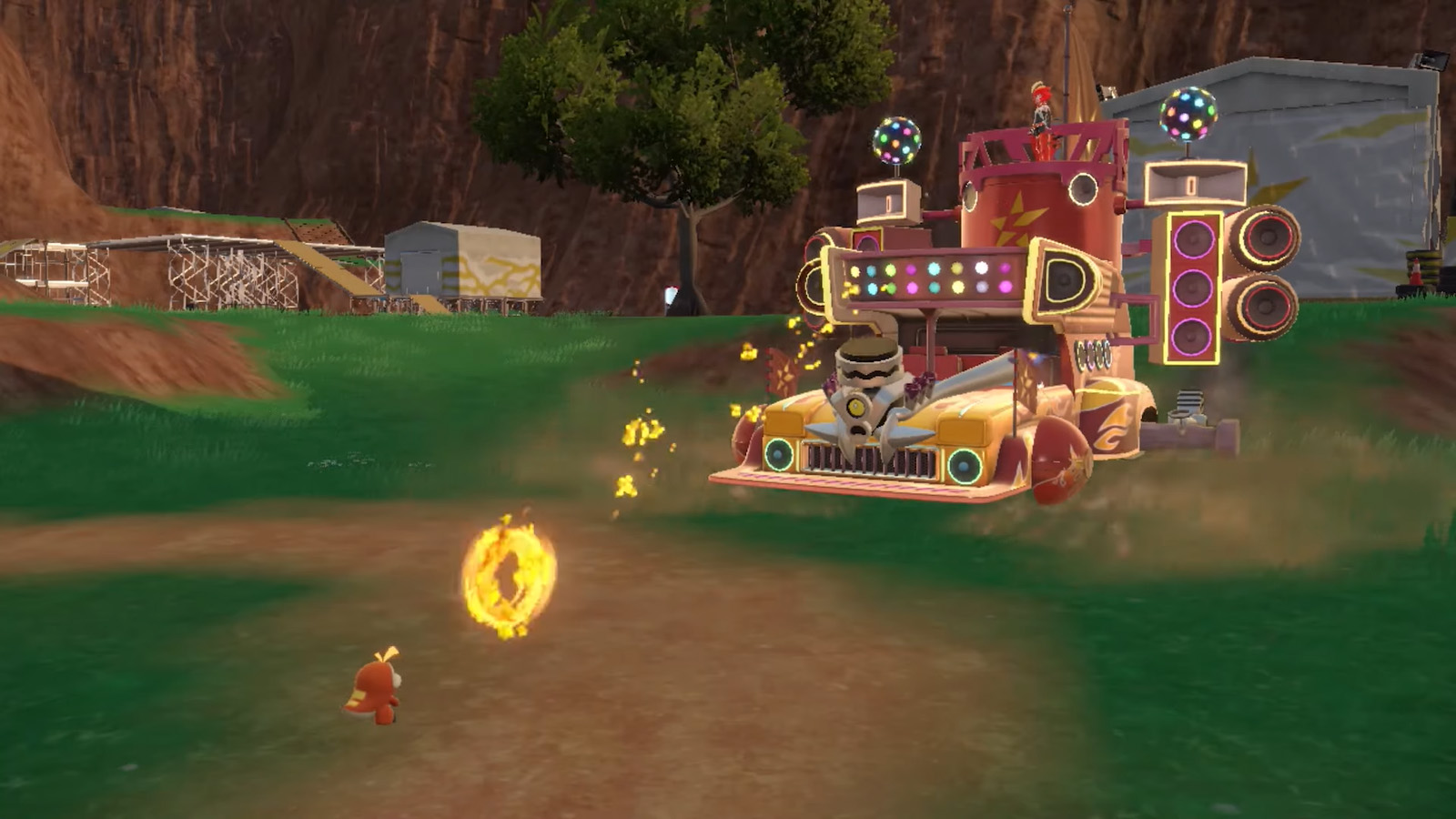 We also got a glimpse of a new Pokemon who resides in Paldea, the Stony Cliff Titan pokemon Klawf. While it was not mentioned in the trailer, judging from its name and the fact that it got hit by a super-effective grass type move, it’s safe to assume that Klawf could most likely be a stone type Pokemon. There also seems to be a “Boss type” Pokemon where you have to face off against a super-sized version of some of the Pokemon in Scarlet and Violet. From the trailer, we are also introduced with the game’s Pokemon League Chairwoman who goes by the name of Geeta. It also seems like Pokemon Scarlet and Violet will also be re-implementing the mini-game like Gym Puzzles that we had seen in Pokemon Sword and Shield as well as a look at one of the gym leaders, the grass-type user Brassius whose ace Pokemon is a Terastalized Sudowood that is able to use grass-typed moves. The trailer also showed off a collage of different screenshots where they have the main characters be in different places to give emphasis on the open-world aspect that Pokemon Scarlet and Violet will be. At the end of the trailer, we were also showed what seems to be two mysterious looking humanoid Pokemon where their colour scheme baring resemblance of the respective Pokemon versions. The yellow one whose name is Armarouge was able to combine both its arms to form a cannon and the blue one whose name is Ceruledge had blades for its hand.