Recently, we had the pleasure of interviewing Ryosuke Hara, Producer of the upcoming asymmetrical survival game, Dragon Ball: The Breakers. Anime aside, the Dragon Ball franchise has always been known for its fighting games, so Bandai Namco’s foray into a Dead By Daylight-style game is certainly a surprise. This isn’t the first time we’ve interviewed Ryosuke Hara – we were previously able to meet with him in person where we interviewed him on Dragon Ball Z: Kakarot back in Gamescom 2019.

As for Dragon Ball: The Breakers, it is a game that pits 7 relatively weak Survivors against 1 Raider, a vastly overpowered Dragon Ball villain. Players who assume the role of a Survivor will have to run around the map and work towards escaping, while the Raider just wants to make that as hard as possible for them. With that little intro out of the way, let’s dive into the interview!

A Potara Fusion of Ideas

GamerBraves: The Dragon Ball game franchise has always been associated with the action-adventure fighting genre. What inspired you to fuse Dragon Ball with the asymmetrical genre?

Ryosuke Hara: In the titles we have produced in the past, we have striven to express the unique essence of the Dragon Ball world in a wide variety of genres. The key concept for this title was the “overwhelming strategical imbalance” found in the Dragon Ball universe, and the excitement that mismatched competition can engender. This is why we chose to develop an asymmetric action game. There is so much more to the world of Dragon Ball than simply fighting; we are aiming to express to our users the true depths of the Dragon Ball universe in a unique manner and provide them with a brand new gaming experience.

GB: The events in Breakers happen in the Xenoverse universe. How does this tie-in with the plotline for DB: Xenoverse and DB: Heroes since villains can freely destroy the world?

RH: We plan to release details pertaining to the title’s links to Xenoverse in the coming days. Please stay tuned! 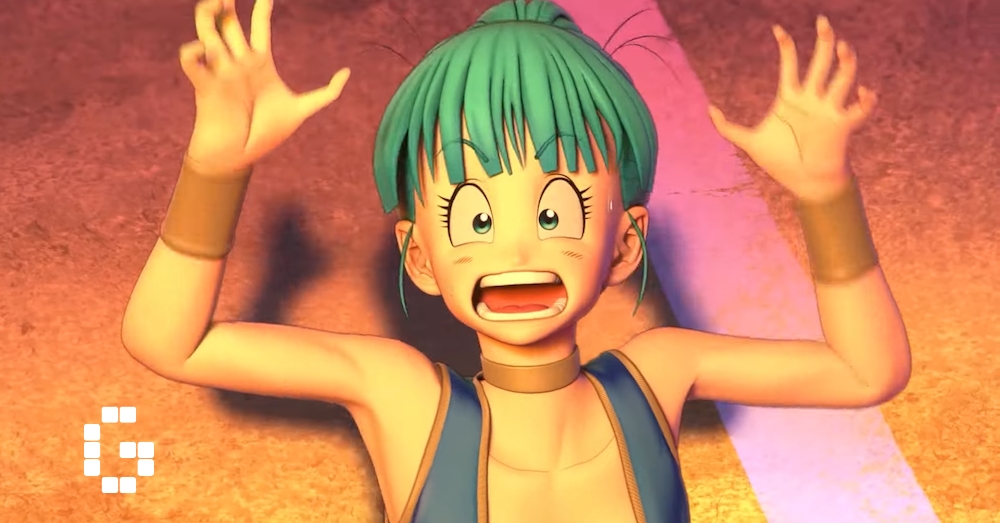 GB: Normal humans usually don’t have powers but we can temporarily change to Z Fighters to even out the difficulty. Can you share more details on how the team designed the survival mechanics for the Survivors?

RH: As we felt that battle is an integral element of the Dragon Ball universe, we developed the Dragon Change concept as a means for the Survivors to fight back against their pursuer. This is, however, considered a temporary emergency measure, and we have developed a wide range of other skills to help the Survivors run, hide, and obstruct the Raider. Examples include the “Shapeshifting” ability to transform into other objects, and the “Saiyan Pod Remote”.

GB: Most asymmetrical games have 4 players on a team. Isn’t 7 Survivors a bit too many or is this a reference to the 7 Dragon Balls?

RH: The choice of seven survivors is a nod to the number of Dragon Balls. The size of the map and the speed of the Raider have been adjusted to ensure that the perfect balance is achieved with these numbers.

Into the Technical Side

GB: Having a certain Raider or Z Fighter with an overpowered skill set is not enjoyable. How would you balance this issue?

RH: Balance is certainly critical for any game like this for which online competition is planned as an integral part. While I am unable to go into too many specifics here, we have ensured that our users have as many opportunities as possible to provide feedback and based on that feedback we intend to continue to adjust the game balance both before and after release to ensure it is absolutely optimized. Not only is game balance affected by the relative strength of the various Raiders and skills, but it is also constantly subject to fluctuation in response to the players’ own proficiencies. In that respect, we believe this is a game which will be created as a collaborative effort between the development team and our users. GB: Playing with other Survivors requires proper communication. Will the game be adding voice chat/text chat at launch?

RH: There are no plans to implement in-game voice or text chat functionality at this time. Communication between players will fundamentally center upon use of the pin functionality and stamps.

GB: Does the game support cross-play between the different platforms?

RH: There are no plans to support cross-platform play at this time. Plans for the future

GB: Many popular asymmetrical games such as Dead by Daylight, Identity V and etc. have regular updates for the audience to engage. What kind of content updates can we expect from DB: The Breakers?

RH: Details of updates will be provided at a later date, but we do plan to implement measures that will keep players engaged with the game over the long term.

GB: Since Bandai Namco is making more diverse games, what other kinds of game genres do you wish to tackle with the Dragon Ball franchise?

RH: This reiterates some of what I mentioned above, but our basic philosophy is that we choose the genre and the gameplay style of our games based on how we can best express the spirit of the Dragon Ball universe. In that respect, it is absolutely possible that we may explore other new game genres if they can serve as a medium for expressing that spirit.

And that’s all that we’ve learned from Ryosuke Hara on Dragon Ball: The Breakers. You can find out our thoughts on the game during its closed beta test here.