The summit calls, and the Peak of Vindagnyr is one where all Travelers wish to find themselves at: especially for those wanting to hunt Hydro and Cyro sets. It’s not the easiest climb up though, the heights of Genshin Impact‘s newest zone in version 1.2, Dragonspine Mountain. With the cold to think of, here’s how to ascend to the domain.

You will have to complete a few puzzles in order to actually unlock the upper areas that are sealed off. Of course, I did cheese a couple of the waypoints by climbing and letting the game teleport me to the nearest one but anyway… 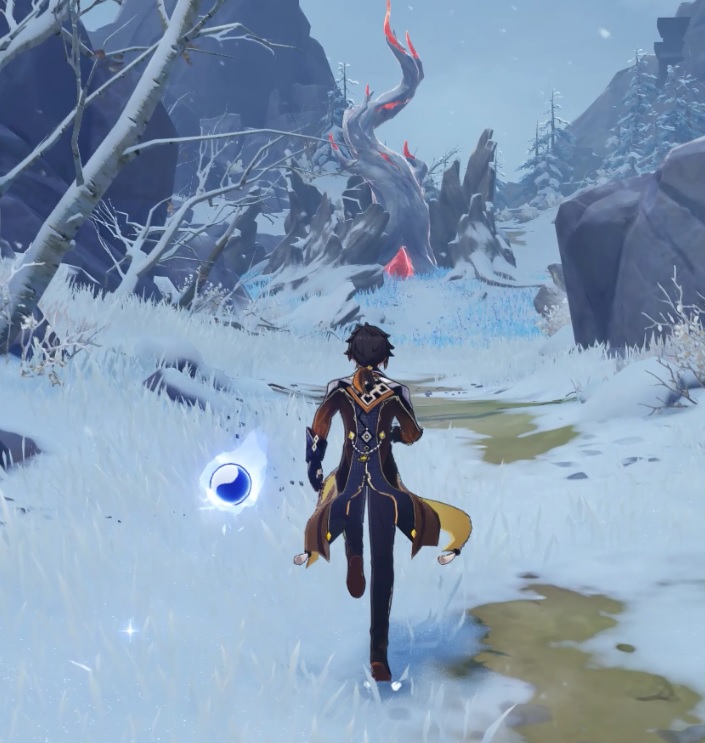 The first one also reveals the Frostbearing Tree, to which you’ll submit your Crimson Agate. The Crystal will require Four hits to break with the Scarlet Quartz, otherwise you’ll do nothing to it. 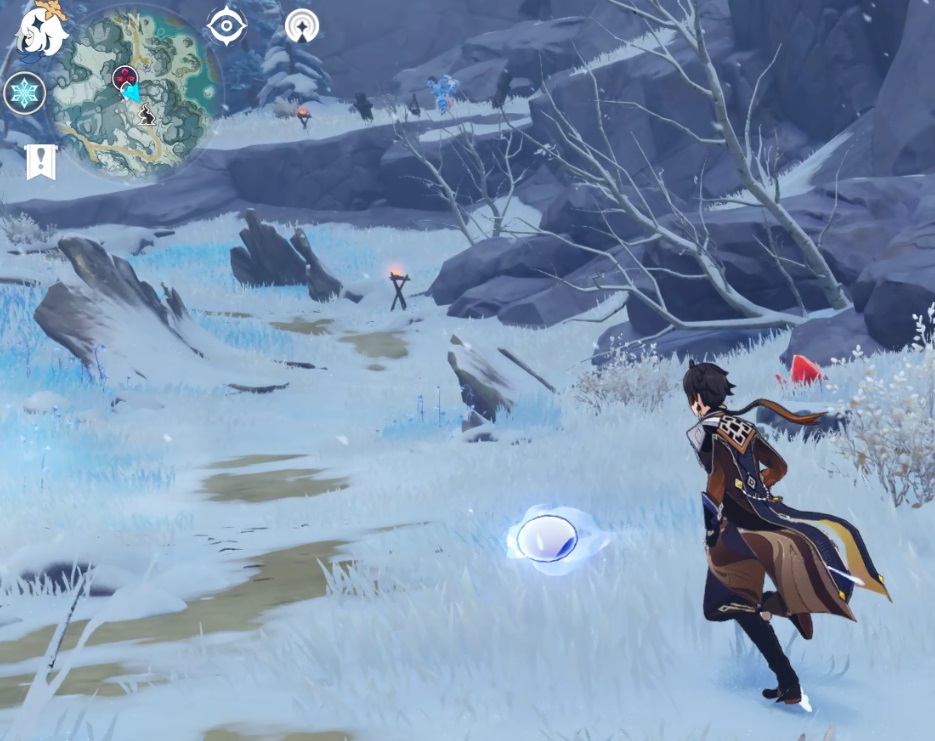 This next part will need you to make your way to Wyrmrest Valley. You’ll need a Cyro user to activate the pillars a Warm Seelie indicates, which will then bring you into a fight with two Ruin Guards and a Cyro Lawachurl. The ground below will break, and you’ll need to jump down to access the next crystal. 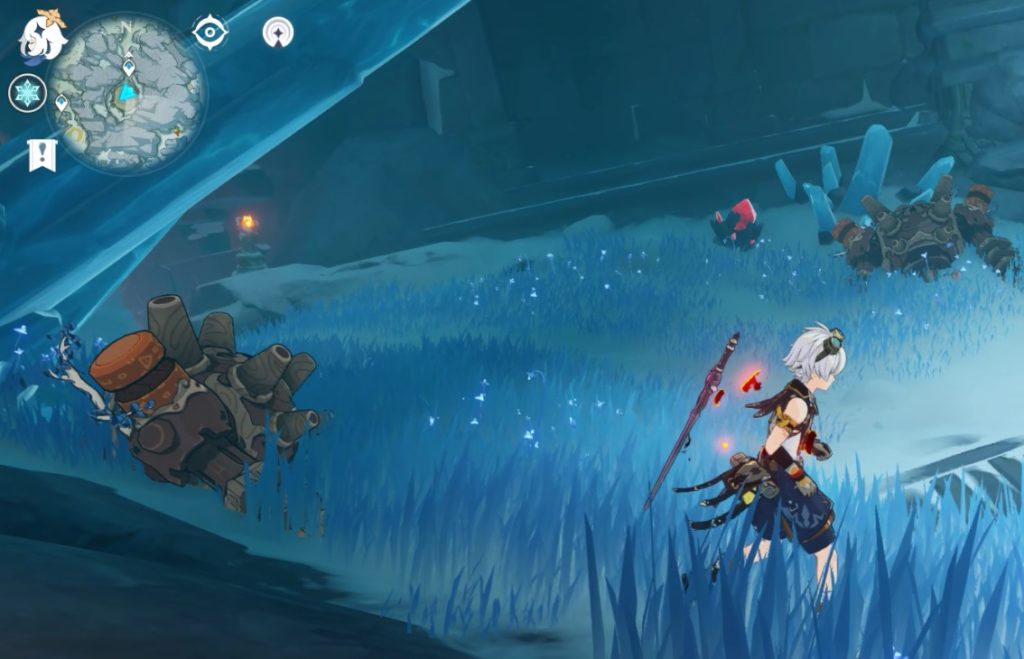 You’ll have to free a Warm Seelie from under some meltable ice to access the last Scarlet Quartz. Be sure to interact with the inactive Ruin Guard with a blinking eye as well as the stone monument before you leave. This one will be in Starglow Cavern. Simply jump down to the bottom of the cavern. This one’s a little more involved than the previous one as there’s a barrier protecting the strange ice. 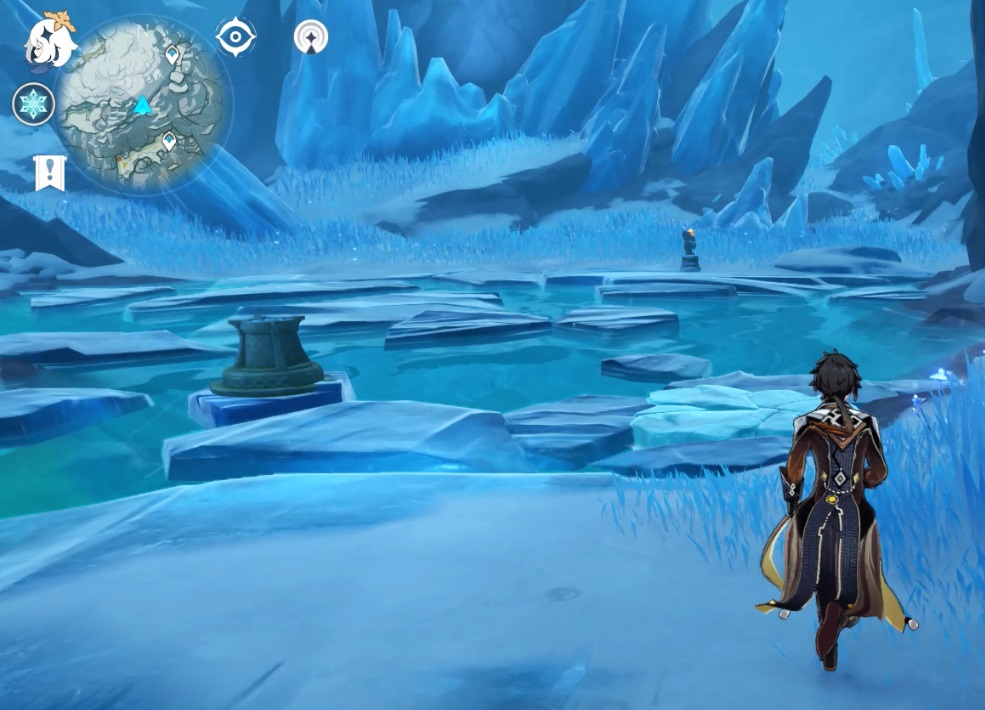 You’ll have to complete this Challenge pedestal to dispel the barrier. Under that cracked ice will be a Crimson Agate too. Once the Challenge is complete, you’ll have to find the Scarlet Quartz to shatter the ice. There will be a Ruin Guard you can interact with too. 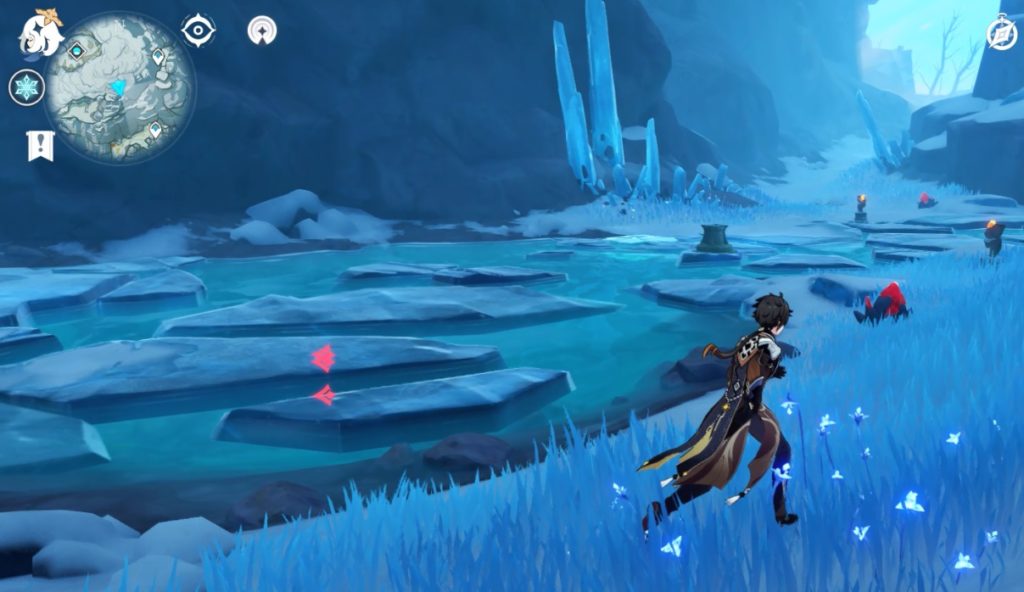 There will be three more ice to break, all of which requires only one shot. An archer would be recommended for sniping off these. To access the second Scarlet Quartz, you’d have to fend off a Cyro Lawachurl. Climb up to the right to find an Anemo monument to activate, fly across and access the last Scarlet Quartz needed. A cutscene will occur and the Peak of Vindagnyr Domain will unlock. 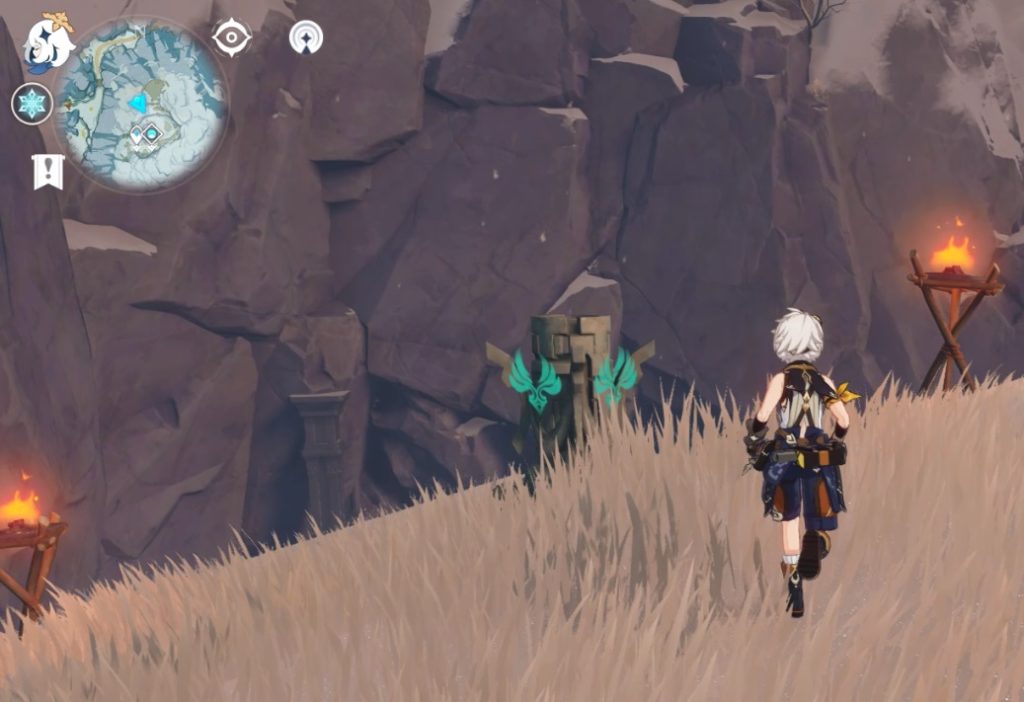 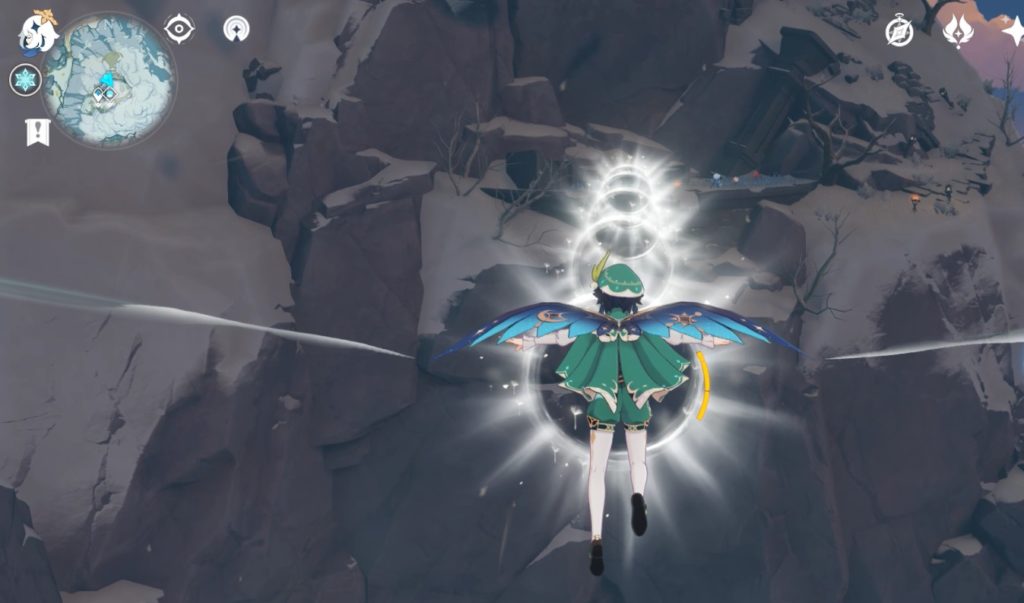 But that’s not all though. You can continue upwards from the third Scarlet Quartz area. Here is where you’ll complete the last part of The Great Mountain Survey 2 quest as you follow the unlit braziers and collecting any Crimson Agate along the way. Activate the Anemo monument, and ride the current and climb the nail for an achievement and a brief cutscene. Now you’re free to freeze the rest of the way in Dragonspine. Good luck!

Genshin Impact
Publisher: miHoYo
Developer: , , , , , , , , , , ,
Release Date: 2020-09-28
Android, iOS, PlayStation 4
Step into Teyvat, a vast world teeming with life and flowing with elemental energy. You and your sibling arrived here from another world. Separated by an unknown god, stripped of your powers, and cast into a deep slumber, you now awake to a world very different from when you first arrived.
Give us some support by subscribing to our Youtube Channel !
Tags: Genshin ImpactmiHoYo
Previous Post