The Battlefront: Misty Dungeon is now open in Genshin Impact, so here’s a quick and easy guide to blast through the challenges with characters you may or may not have. Simply go to the Events tab and it’ll be there waiting for you.

Remember that characters will default at C0 if you do not have them, while characters you do have will have any constellations you do, e.g. I do not have Keqing and therefore have her at C0, but my Trial Noelle will be at C6 because I have a C6 Noelle.

You will need to activate runes to access the Final Challenge. Look upwards to see the red lights to orientate yourself and find the direction of the rune you need to activate. You’re given a base time of 15 minutes to clear the trials. There will be additional trials along the way to provide passive boosts. You can also come across orbs for varying effects depending on its colour and symbol. Automated turrets. Only becomes active when you’re nearby. You will find Anemo Ambers around the trial areas that will create temporary wind currents. 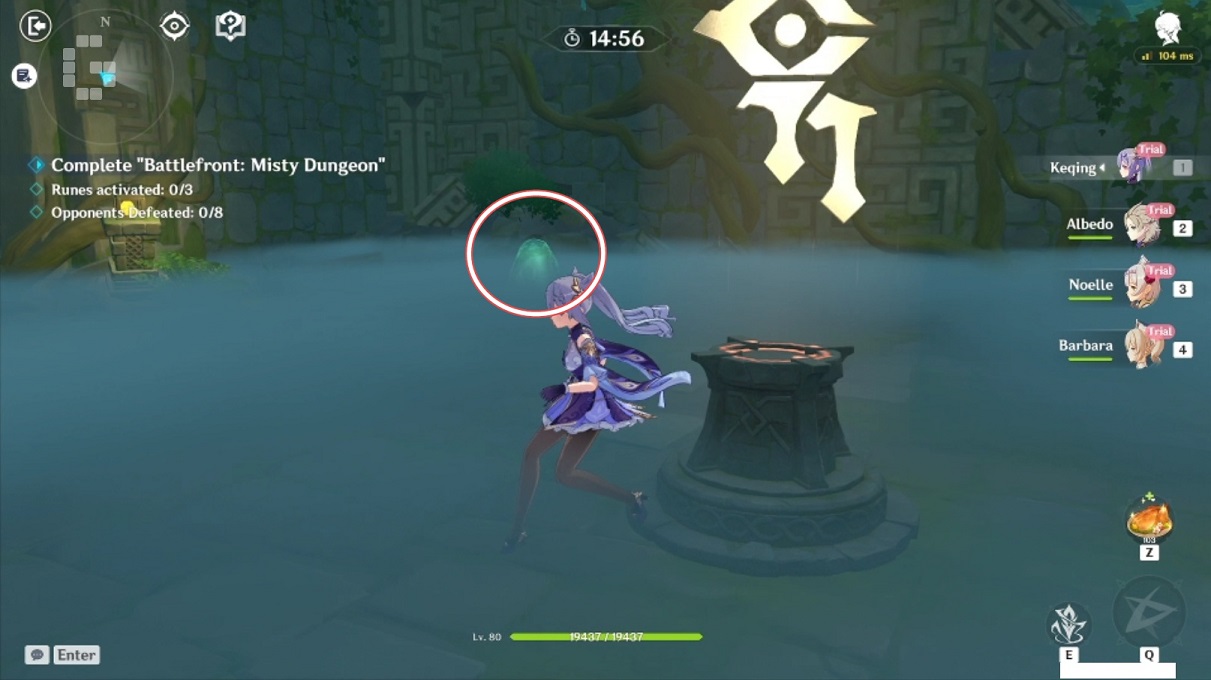 The trial areas will have a turret that you can deactivate if you have the right element, but they’re often far away enough it shouldn’t matter. For the purposes of this guide, you can’t utilize the Battlefront: Misty Dungeon traps to destroy the obstacles for you, dang you Genshin. The Battlefront: Misty Dungeon trials aren’t really that hard as you get to play around with characters you probably don’t have on your Genshin account, so this guide is mostly for reference. Enjoy kicking ass!