God of War (PC) Review – This Port Is Sublime, Boy.

God of War (2018) has finally come to PC, and we got the chance to review it. The game was a beloved title on the PS4 era, adding a great new twist to the brutal hack-and-slash series by giving it a more emotional core.

Obviously, we don’t need to talk too much about the game itself- you can read our thoughts about it from when the game came out. But for the purpose of the review, I will say this: God of War might possibly one of the best PlayStation ports on PC in a while.

For those not in the loop, DLSS is a great feature that comes with NVIDIA GeForce RTX cards to let lower-end cards achieve great quality by making the rendering process more efficient. 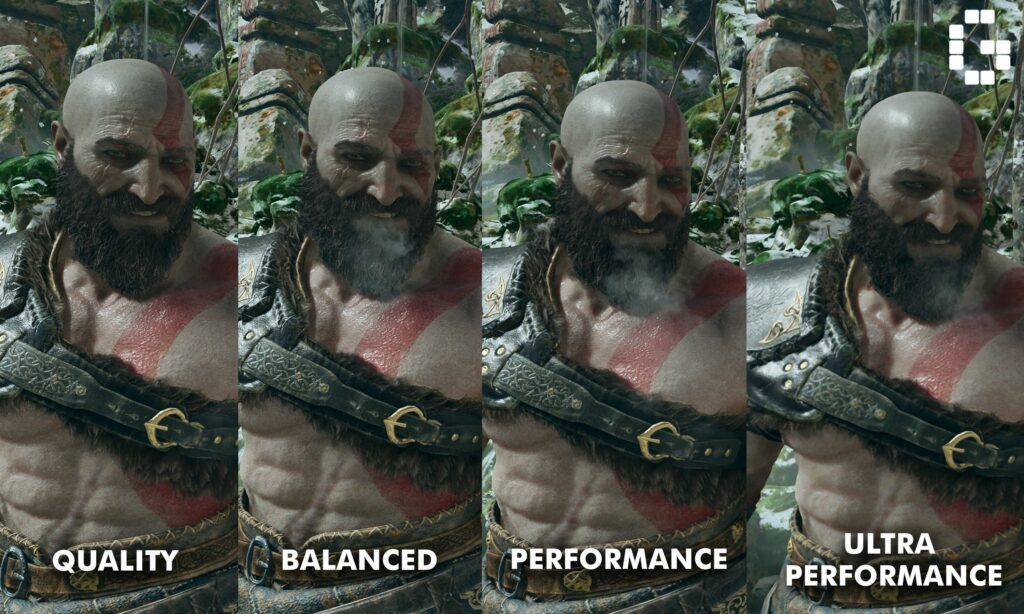 God of War makes great use of the DLSS technology. We ran the game on an RTX 2060 – suffice to say, not exactly the cutting edge of the market. Despite this, we managed to maintain stable framerates, all while reducing the processing load on our machine by having it rendered at a lower resolution then upsca;led

It’s not just about helping lower-end machines compete, either. Since lower load means more frames, DLSS is great for improving the framerate for the game, helping push the game to over 60 fps depending on how intense you want the settings.

Gamers running AMD cards aren’t left out either, since the game does also support AMD FSR, which is AMD’s on proprietary version of the same technology to make sure way more people get to experience Kratos’ new adventures regardless of their machines.

One huge gripe I have with the game though is that its Ultra Widescreen support is not recommended. Hooking it up to a big display creates a plethora of problems, from screen tearing to unstable framerates and even slowdowns.

This isn’t minor nipicking, either- the game’s first bossfight has timing-sensitive windows for rolling and interrupting, all of which are really hard if the game’s not delivering its frames to you at a steady rate. It’s not a great first impression for the game, so I would definitely recommend taking the L and just running the game in a regular widescreen resolution instead.

We even tested this on high-end gaming laptops running RTX 3070, so it’s not like we were being limited by the electrolyte quality of a potato. While the game’s optimized well for lower-end machines, the fact the Ultra Widescreen issues show that it may not be as well-put-together for something on a higher spec than the base game was made for.

Being The Dad Of War Aside from that, God of War was an utter delight to review because the game runs well on PC. It’s not immune to the occasional bug- for example, Vsync seems to have a nasty habit of messing with your framerate. Thankfully messing with basic settings is a hallmark of PC gaming, and it’s not like any of the problems required console-level messing with to fix.

There’s not much to compare visually, though. It’s a game with a strong enough art style that you can’t exactly just scream “more polygons!” and have it suddenly look visually gorgeous. There’s smaller visual enhancements to be sure, such as better shadows and texture qualities, but overall there’s no moment where the game really just blasts you with a huge visual uptick.

Still, expecting a visual overhaul for a game that just came out 4 years ago would be snobbery at its finest- God of War looks great on PC, simply because it already looked great on the PS4 all those years ago. For the average gamer, God of War is probably one of the best ports PlayStation studios has put out. It’s incredibly accommodating of lower-end machines (within acceptable standard deviations). If you missed out on one of the best games on the PS4 generation, the PC port is a great way to catch up.

That being said, it doesn’t feature any new content- so if you’re a die-hard God of War who’s already played the adventures of Kratos and Atreus to tears then don’t bother picking it up on PC, especially if you’re saving up for God of War: Ragnarok.