Shin Megami Tensei 3: Nocturne‘s Demi-fiend (or Hitoshura as he’s known in Japan) has a figma that’s currently available for pre-order. Check out his design below: 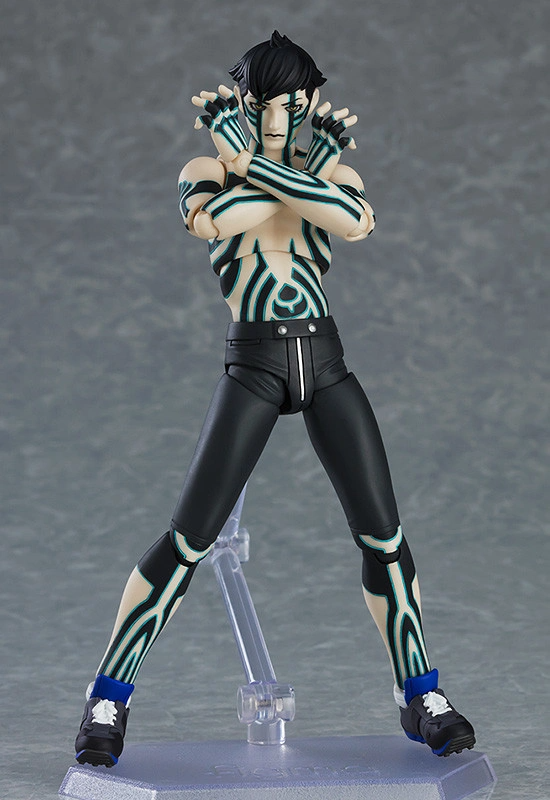 The figure stands at approximately 150mm tall. Like most figmas, Demi-fiend has articulated joints and offers a wide range of movement for a variety of poses. Some parts of the figure uses flexible plastic, allowing proportions to be kept without compromising posability. Optional parts that come with the figure includes fireballs to reproduce Demi-fiend’s Magma Axis skill and a Menorah. There is also another effect part to recreate the Deadly Fury skill. Other parts include an expressionless face plate and angry face plate, both featuring articulated eyes, as well as various hand parts. Of course, Demi-fiend also comes with his own articulated figma stand. The figure is priced at 11,000 yen, or about 95 USD. It is scheduled to release sometime in December 2022. Pre-orders for the Demi-fiend figma are currently open until 28 April 2022 (Thursday) at 12.00 JST. Head to its product page over on distributor Good Smile Company’s website to learn more.

The figure was first announced last month during WonHobby 35, an exhibition from Good Smile Company that showcases new figures. You can learn more about the other figures announced during the event here.

Steam is Holding a Massive Discount Sale for JRPG Games

Play Apex Legends Mobile with NoxPlayer: Be A Legend on Mobile and PC

Play Apex Legends Mobile with NoxPlayer: Be A Legend on Mobile and PC