Slightly more than a week after its launch, Blazblue Alternative Dark War has gotten its first event, adding Es and more familiar characters to the mobile RPG based off of the popular fighting game.

The Memories Restoration Event adds Es, one of the downloadable characters in Blazblue CentralFiction to the game. In the event, you’ll be helping Es restore her memories, with plenty of rewards such as 5-star Grimoires and upgrade materials. It runs until 11th March, and will introduce a new banner allowing you to pull for everyone’s favorite pudding-loving swordsman, as well as a familiar face from classic Blazblue games.

On top of that Arc System Works also showed off a new character, Rachel Alucard. Despite sharing the same name as the mainline Blazblue’s Rachel, this one looks noticeably different, and is one of the many alternate takes you see in Dark War’s story. As one of the most eyecatching parts of Blazblue Alternative Dark War, they’ve shown off both Es and Rachel’s Astral Heats, which act as the big finishers in the game. Es’ will be familiar to anyone who’s played CentralFiction or even Blazblue Cross Tag Battle, looking near-identical.

Meanwhile, Rachel’s Astral Heat is more structurally similar to her Blazblue counterpart, but uses less vampire motifs, though is also still a gust of wind coming out of the ground. 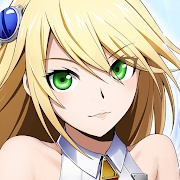 Blazblue Alternative Dark War
Publisher: Arc System Works
Developer: Arc System Works
Release Date: 2021-02-16
Android, iOS
This is a story that leads to the Azure. When we take a step out of the ordinary peace, the world begins to end ... a hell called possibility begins. The BlazBlue series featuring "characters full of individuality and a profound world view" by Arc System Works is now available in an RPG! The main scenario is completely supervised by producer Toshimichi Mori. You can enjoy it with high quality and a volume of over 2 million characters, which is the largest number in the series.
Tags: ARC SYSTEM WORKSBlazBlueBlazBlue Alternative: Dark War
ShareTweetShareSend
Previous Post