We Visited the place where League of Legends are made, Riot Games World HQ Los Angeles!

by Zebuft
in All, Industry
0

Finally we got our chance to enter the multi-million dollar game company’s headquarters, Riot Games LA World! We were so hyped to visit the place where they developed League of Legends! We will be showing you some of the pictures we took when we visited the HQ, so you can feel what we felt when we were there!

At the entrance we are greeted with the company logo “Riot Games”. It is so iconic that it is as if I was watching a video and preparing to dodge the punch.

Behind the logo, they shadowed their old name “Rito”. It is a nice touch towards their remorse on the old company name.

After that we looked around their HQ and noticed a few things like an awesome graffiti of their office and a very cool park whose design is based on their maps in League of Legends.

When we enter the the building, we were greeted with 2 blocks after their security check area. Within the narrow path, we can see all of the icons that were in the game since the start of the game!

After passing the narrow corridor, we can see the walls left and right. Right side of the wall is filled with pictures of tournaments, official artwork featuring their characters and monitors showing League of Legends gameplay. 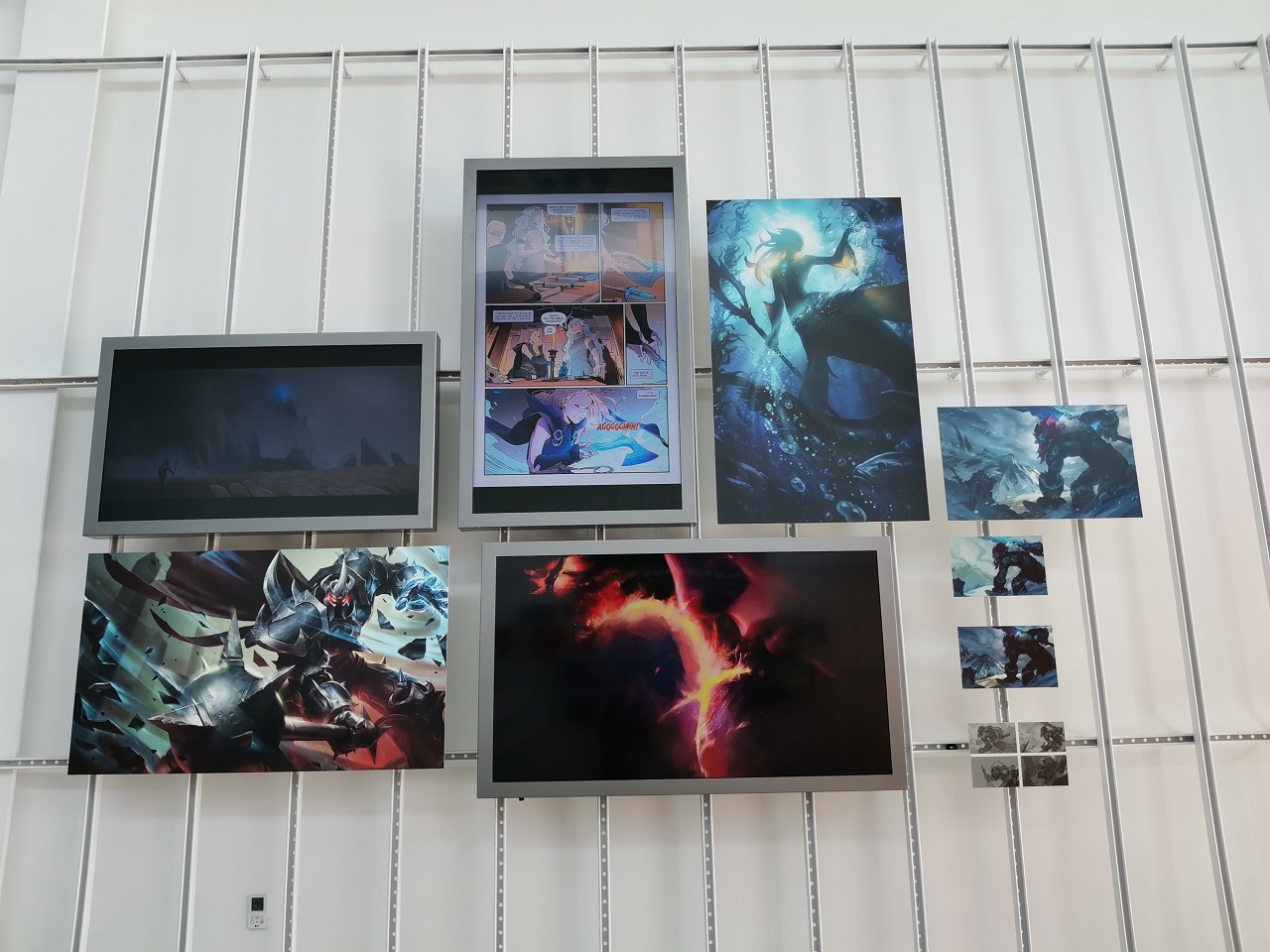 In the middle, we can see a life size model of Annie and Tibbers. Our boss got a picture of it as well!

Left side of the wall is filled with fan arts that were sent to them! Apparently, in the regions outside of Garena covered regions, Riot Games will help out players who don’t have enough Riot Points. They can send in their arts and they will help them cover the remaining to unlock a certain skin that they desire. Here are a few that we manage to capture.

Other than that we can also see their art book “The Art of League of Legends” at their waiting area. It is so cool that we get to see stuff like the concepts and the a few storyboard shots from their previous videos.

After that we had a look at their arcade area. God damn, they have a good range of arcade machines, consoles and even a pool table to enjoy! Jeez, they surely are living a good life ain’t it!

Turns out, the arcade wasn’t the only thing that they have. There is also a mini café that simulate internet café’s from the Korean region like PC Bang. This is a good way to let their employees to immerse themselves in an environment that isn’t their normal culture in the USA.

With all these entertainment, there are also a few internal competitions as shown here like their Riot Rumble for both 2012 and 2013. Pretty cool isn’t it, having a name forever hanging within your own office. There a few buildings separated into “Q”, “W”, “E”, “R”. We only manage to visit “Q” building this time, we sure hope we get another chance to visit them again!

Looking around in their office, we can also see their official statues and figurines that Riot has produced! There’s Tryndamere, Pulsefire Ezreal, Ghost Bride Morgana, Mythic Cassiopeia, and Tresh figurines. Two more statues that can be seen like Ziggs’ statue and a Lucian statue. Both statues looks astounding! Ziggs with the great crazy-Yordle behavior surrounded by his mines and Lucian shooting at the ghouls that are lingering with a lantern familiar to what Tresh is holding!  You can even peek through the ghoul’s head to see Lucian in his cool pose! If you feel like you’re in need of a drink, there is a bar themed as though operated by the Gangplank and Miss Fortune themselves! The menu inside is all themed based on a pirate-ish game and gotta tell’ya, it’s pretty damn good! 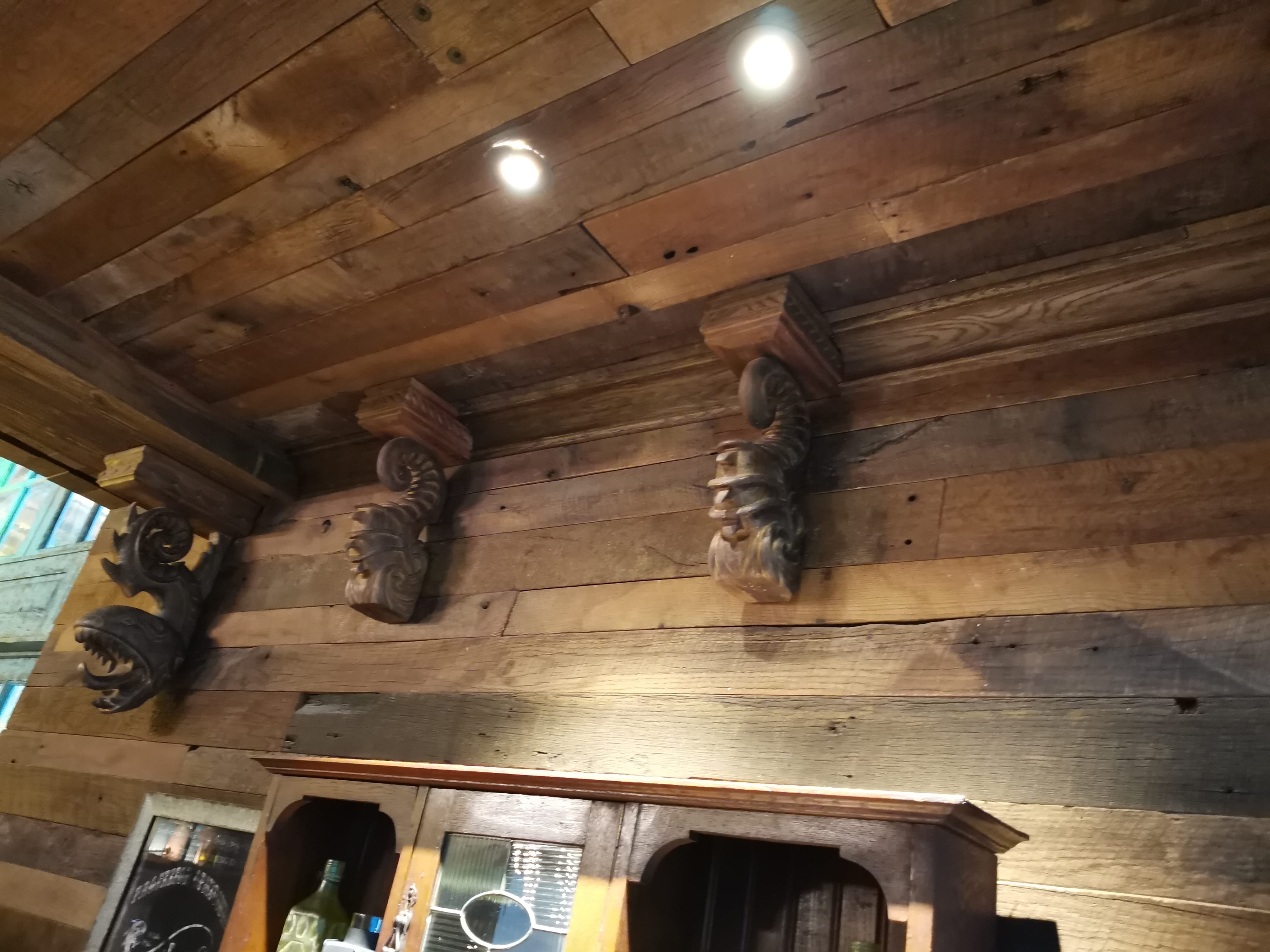 After all these we were guided outside to go to their Arena area. But before we reach there’s this interesting park that is design based on the map in League! The basketball area is located in which the same as the top jungle!

Finally, we visit their Arena area, or so called their esport area.

After you enter the building, remember to look at your back! Tresh is there waiting for a wondering soul to add to his collection. Since its the month of Spooktober, be sure to constantly check at him! Make sure he doesn’t come for you!

When we enter, we can see Riot Games’s logo at the receptionist area. After that we went by the corridor to see their main area.

Along the way, we can see a lot of team’s logo hanging at the wall. Not gonna lie, I almost felt like an actual pro player for a moment.

We didn’t manage to capture much photos as they are having a series of renovation at their stage area. This also applies to the merchandising store which we visited next! We were hoping that maybe we could get a jersey or 2 from the store but it was closed.

We have concluded our visit in the Riot HQ. It was so nice to see their working environment! We sure hope the next time comes sooner!

Borderlands is Celebrating their 10-year Anniversary in Borderlands 3!

Borderlands is Celebrating their 10-year Anniversary in Borderlands 3!