by Healer_BKnight
in All, Industry, News, PC, Tech, Windows
0

Introducing the stunning new frameless ASUS NanoEdge display, ZenBook 13 (13.3-inch), 14 and 15 come with up to 95% screen-to-body ratio and a near-borderless viewing experience. Under the ultra-compact design, they also feature the unique ErgoLift hinge mechanism, allowing users to tilt the keyboard for comfortable typing.

ZenBook 13 and 14 also feature the new NumberPad – an innovative LED-illuminated numeric keypad built into the touchpad. Of course, the new ZenBooks equipped plenty of high-performance components including latest quad-core 8th Generation Intel Core i7 processor and up to NVIDIA GeForce GTX 1050 Max-Q graphics. As the most compact convertible laptops in the world, the ZenBook Flip 13 (13.3″) and 15 (15.6″) is 10% smaller than the previous models. They feature the four-sided frameless NanoEdge displays with a 90% screen-to-body ratio, along with the unique 360° ErgoLift hinge where users can lift and tilt the keyboard as they want.

Both the models are powered by up to the latest 8th Generation Intel Core i7 processors, while ZenBook Flip 15 comes with the NVIDIA GTX 1050 Max-Q graphics and a PANTONE Validated display. Other than these, both models feature a world-facing camera that allows users to interact with 3D virtual objects in the physical world using the mixed-reality applications too. Fast face login with Windows Hello is included in both models as well. 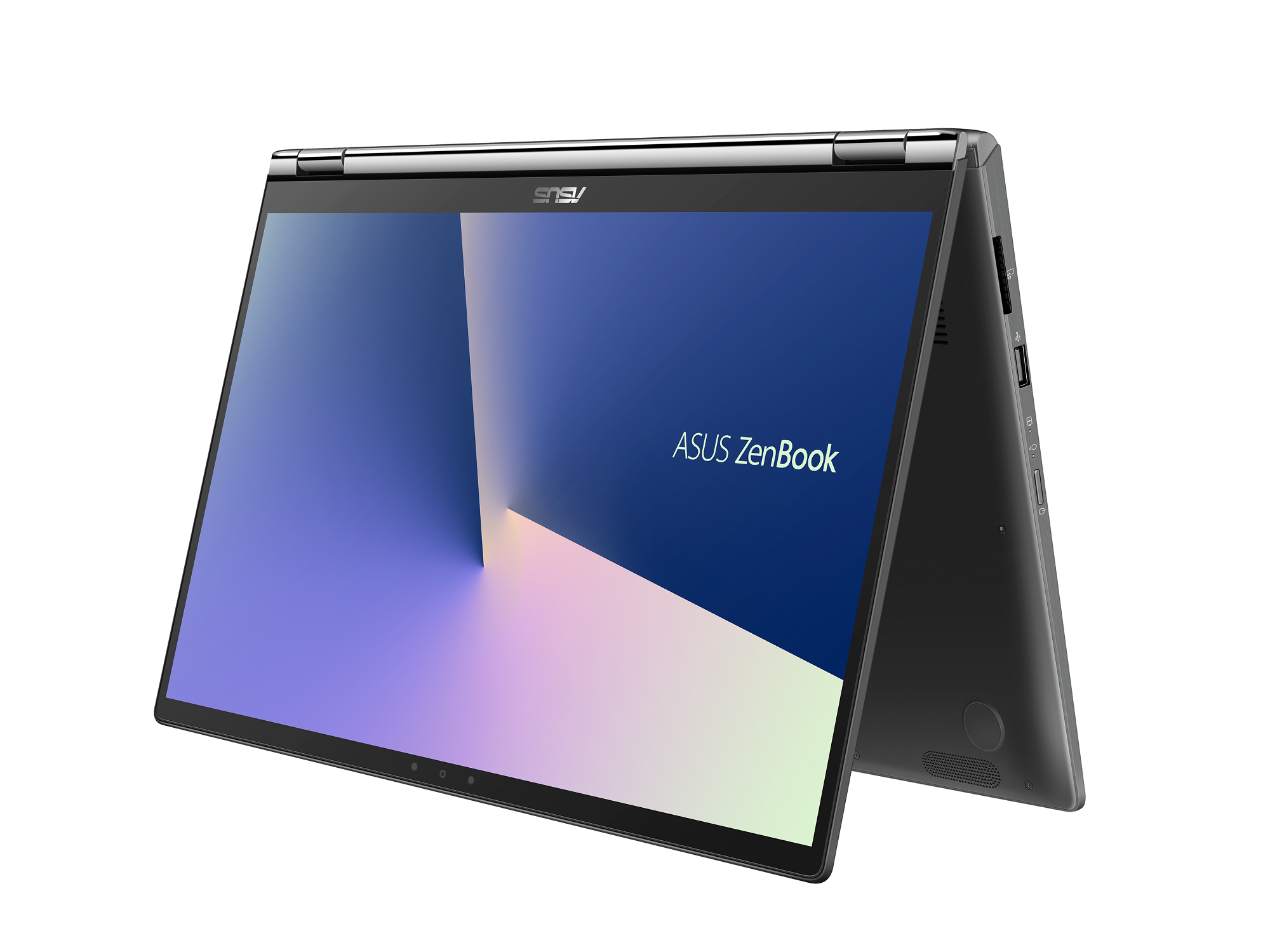 ZenBook Flip 13 and 15 are also torture-tested to meet the military-grade MIL-STD-801G standards for durability and reliability.

The official price for the new ZenBook series has not been announced yet. Stay tuned to ASUS official site and Facebook for more updates!