Konami has announced the first details of the eFootball PES 25th anniversary celebration campaign! This is alongside the release of J.League Jikkyou Winning Eleven in Japan on 21 July, 1995 and Data Pack 5, which has updated player faces, FC Bayern 120th Anniversary strip and other in-game content.

Kicking off the campaign will be the “Iconic Moment Series”, an ongoing celebration of memorable moments produced by the finest stars of football, past and present. The Iconic Moment Series will commemorate a specific highlight of a player’s career, with the player card featuring an actual image of that match and stats to mirror that period. These Iconic Moment Series players or Legends are also affiliated to a specific team, providing stat boosts if you match them to your chosen myClub team. 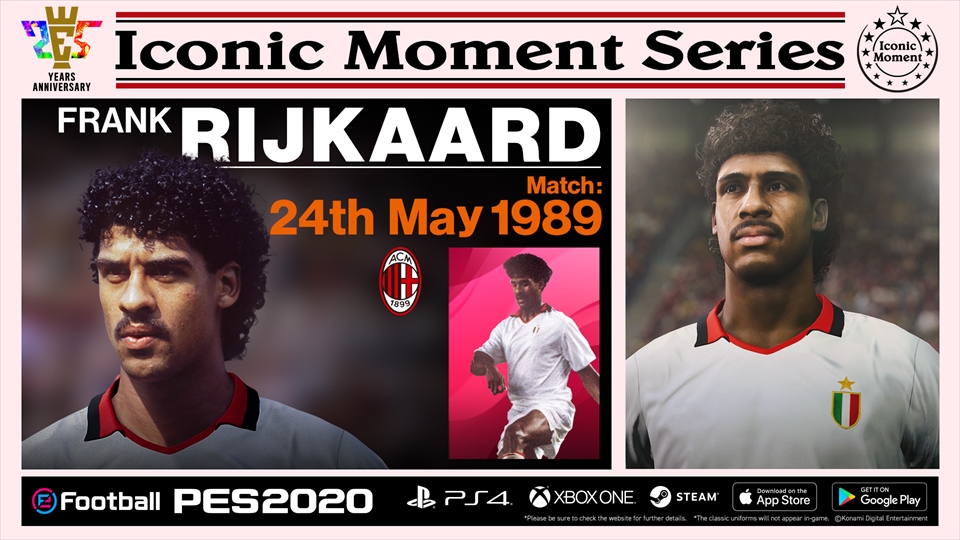 The eFootball PES 2020 25th anniversary campaign will continue with additional in-game releases and announcements throughout the year, so stay tuned, franchise veterans or new players!

Bug fixes have also been included. For the full list of updates and changes, you can check the official website.